A Canadian Parliament member is the latest member of the 'Oops, I forgot my webcam was on' club.

Ottawa, Ontario, CA – A Canadian Parliament member is the latest member of the ‘Oops, I forgot my webcam was on’ club.  Parliament member William Amos of Pontiac appeared in a Zoom meeting with other lawmakers while naked on Wednesday.

A screenshot obtained by The Canadian Press shows Amos in his office during the zoom, completely naked. Lucky for him, the screenshot was taken while he was holding a cellphone over his genitals. 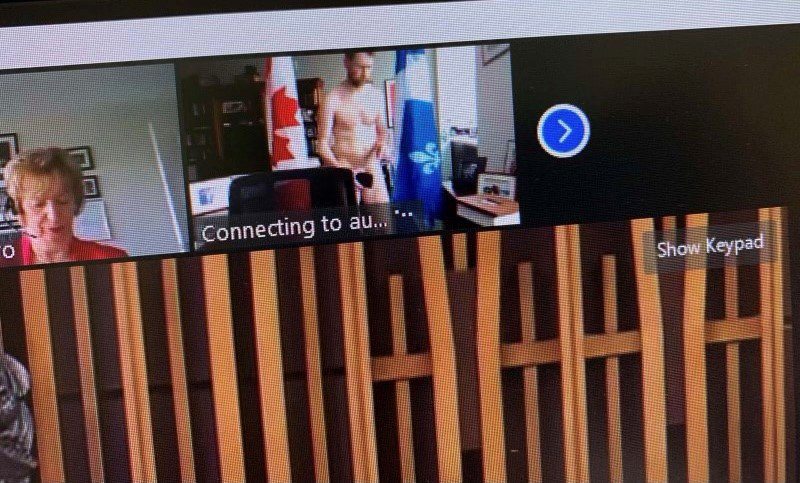 “This was an unfortunate error,″ Amos said via email statement. ”`My video was accidentally turned on as I was changing into my work clothes after going for a jog. I sincerely apologize to my colleagues in the House of Commons for this unintentional distraction. Obviously, it was an honest mistake and it won’t happen again.”

MORE NEWS: CA Pushes Foster Children To Get COVID-19 Vaccination Without Court Orders, Soon To Vaccinate Those As Young As 12

Amos was only seen by Parliament members and staffers on an internal video conference feed. He was not seen in the public feed because he was not speaking at the time.

Update: Day 3 of sitting & a Bloc MP has just raised a point of order claiming a male MP — "in very good shape" per translator — was seen on the Zoom Parliament without a shirt on… Speaker issues a reminder that even when they are at home, they have a camera & mic that's on. https://t.co/p58QjqNap6

CA Pushes Foster Children To Get COVID-19 Vaccination Without Court Orders, Soon To Vaccinate Those As Young As 12

Biden’s Jobs Numbers Are So BAD, Anchor Has to Do a Double-Take