We are going through an unprecedented amount of information here today on the Stew Peters show as we dig into shocking headlines and sift through stories being ignored by the mainstream media, all of which result from the intentional destruction of our Republic due to Democrat progressive policies from the left, the forcing of communism into the United States as we watch the Marxists infiltrate our law enforcement agencies through terrorist sympathizing command staffs bowing to Black Lives Matter thugs, re-writing policy based on the demands of anarchists and as corporate America becomes more ‘woke’, labeling white male culture, masculinity and those with a Christian faith or Conservative pro-police values as racist, bigoted, intolerant, crazy and violent.

The Stew Peters Show has obtained audio tapes and slides from mandatory all-employee training materials at FedEx, the giant multinational shipping company and top contractor to the United States Government. It would seem that the Marxists have infiltrated the highest levels of management at the non-union shipping company recently announced that they would be reviewing future political contributions, and condemned violence at the United States Capitol, and released a statement saying they “fully support the results of the U.S. general election.” The company’s statement said they “congratulate and look forward to working with the Biden administration on policy issues”, and that seems to be apparent as the training materials obtained by this program are going to shock anyone that may have previously viewed the shipper as the Patriot’s alternative to the extremely progressive UPS.

A FedEx employee, turned whistleblower emailed the Stew Peters Show out of concern for the growing push for trans acceptance saying, “it didn’t seem right that everyone had to take a mandatory lgbtq training”. The employee continued, saying, “my manager informed me that corporate office said if I didn’t take the lgbtq training, that I would get written up and that they would write me up every time I refused to take the training until I took the training, or until I had enough write ups to be terminated”. In other words, give up your beliefs or be fired. 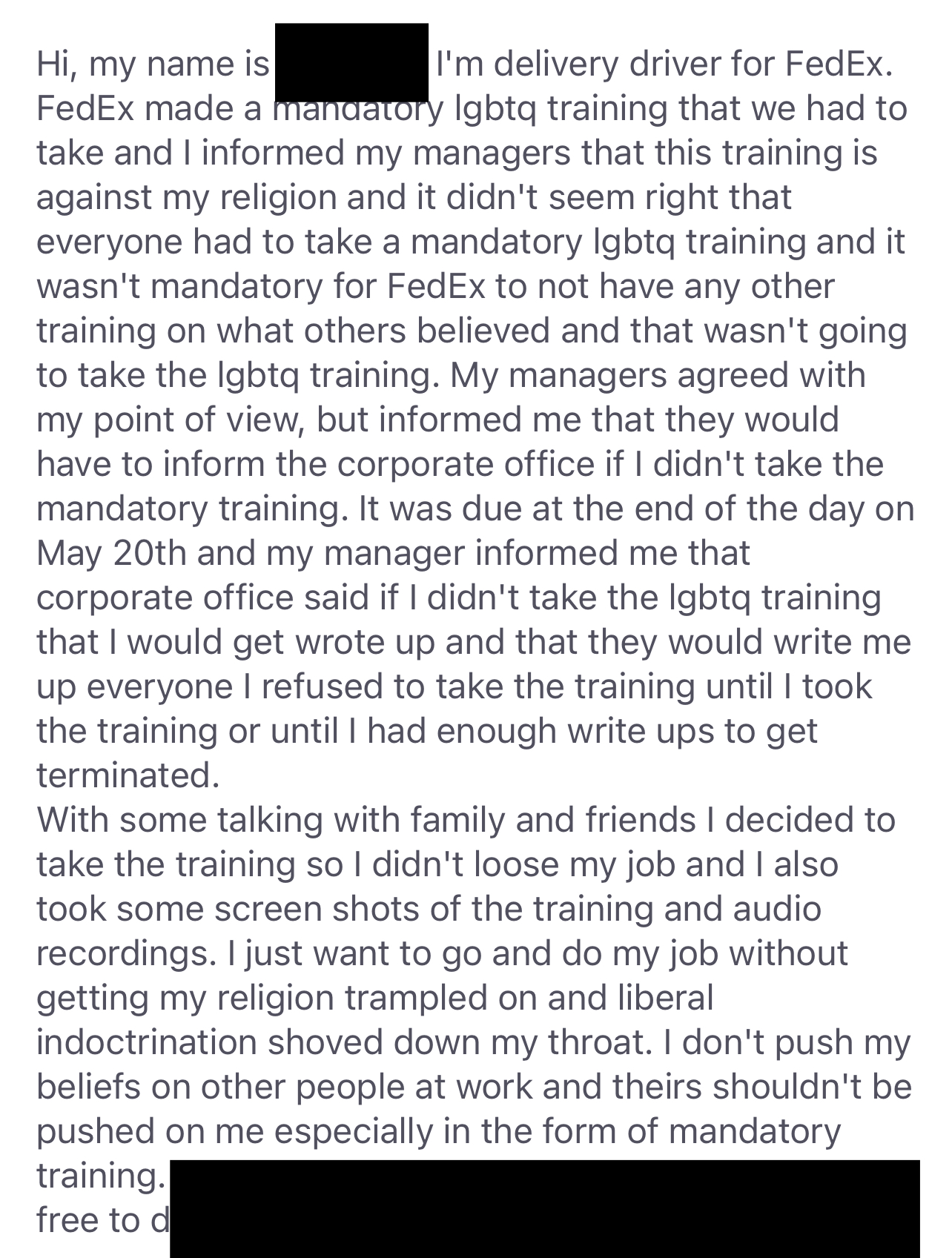 The slides and recordings that the employee provided are shocking, and I don’t see how this wouldn’t be offensive to the majority of their male employees that consider themselves masculine. If you’re working for FedEx, you’re not allowed to be a guy anymore. The company’s mandatory training materials continue by attempting to indoctrinate FedEx employees into ignoring science. 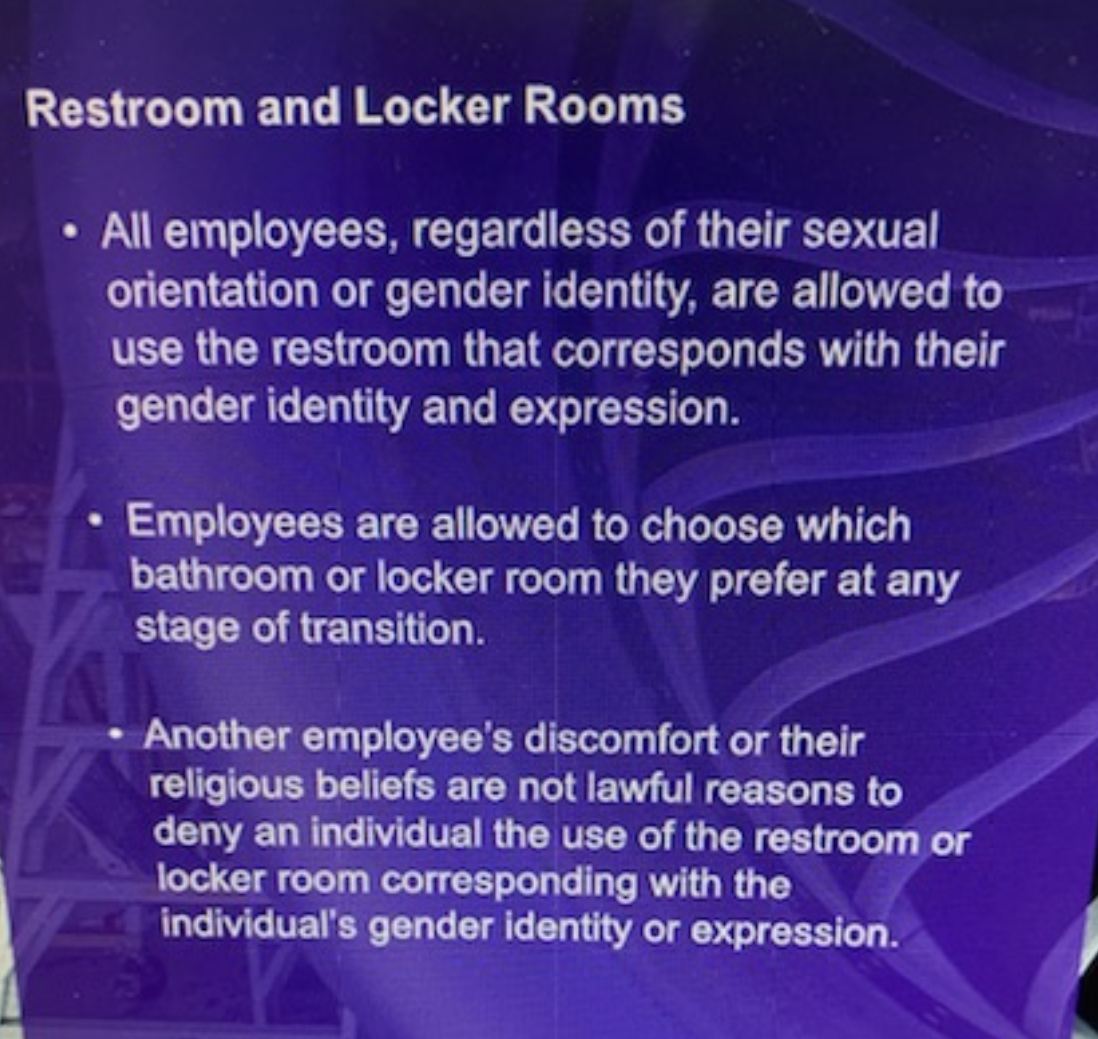 So, according to FedEx, a person no longer has the right to identify as anything other than what their sick and deranged parents may have ‘decided’ at birth, or what that person decides in their teenage years when they’re dealing with an identity crisis. This is absolutely disturbing. There’s no way to follow the confusing rules and truly understand how to keep your job, it would seem, as the language gets really detailed and confusing, almost in an attempt, it would seem, to confuse any normal person so greatly that it would be nearly unavoidable to be reprimanded or fired if you’re a straight person, especially a straight male. 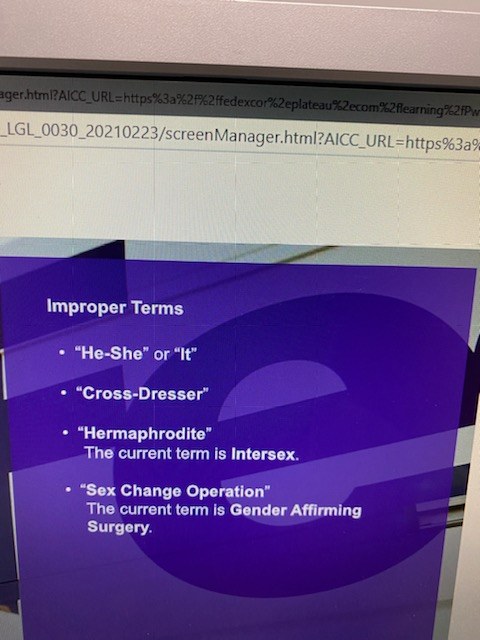 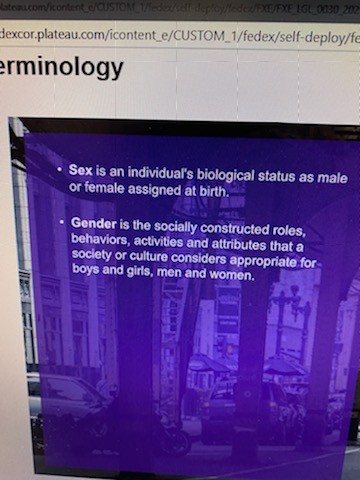 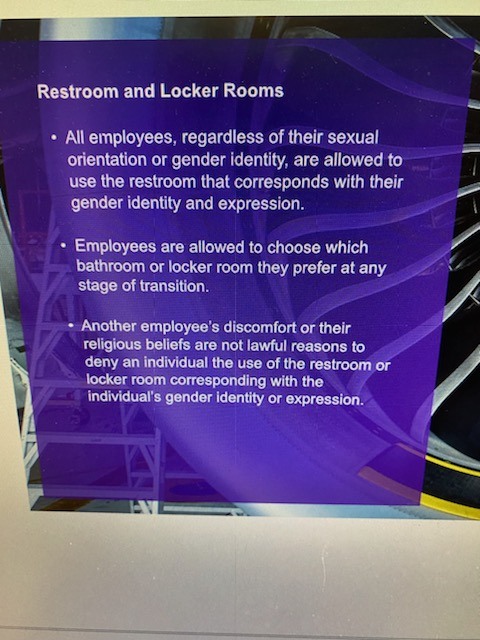 All of this is utterly insane and extremely disturbing, but wait because there’s more. Not only will you be fired if you don’t take this training, and not only are you being forced to give up your religious beliefs and values for the sake of ‘woke’ Marxism, but now you have to subject yourself to actual danger in the workplace at FedEx. Hold onto your hats, folks, if you are a female at FedEx and you wish to feel safe or have privacy when you’re using the restroom, think again. Now, you’ll be forced to accept that fact that a man can just waltz into your restroom and have his way with you, and don’t speak out about it or object because it’s mandatory that you accept this or you could lose your career.

The Stew Peters Show can be found on Red Voice Media at StewPeters.TV