Rules for thee but not for me should be the Democrat Party mantra.

Have you noticed over this past year or so, that the people telling you that COVID is scary and dangerous are the people who seem least worried about it?

That’s one reason why so many Americans have a hard time trusting the government.

We’ve been told time and time again how “deadly and dangerous” the situation is – and have been forced to lockdown and close businesses – all while the political elites hobnob with their friends at fancy restaurants with no masks and no social distancing.

Save Money While Supporting Conservatives, Check Out Mammoth Nation (30% Off)

This type of stuff causes a massive breakdown in trust and leads people to question everything they’re being told…which is understandable, right?

Take for instance this latest “mask mandate” that went into effect in DC, within 48-hours Nancy Pelosi had already violated her own mandate and continues to do so almost daily.

A virus so deadly, that a 180-year-old vodka-soaked harpy doesn’t feel the need to wear a mask. pic.twitter.com/Qtdpw1Hz19

This is sending a confusing mixed message to people.

And to make matters worse, DC Mayor Bowser, held her mask-free roof-top Birthday bash just a day before the mandate went into effect, prompting some to wonder if it was scheduled around her bash?

Many supporters of Mayor Bowser say that the mandate is for “indoors” and her bash was outdoors.

Here she is indoors with Dave Chappelle.

And look how all those people are all packed together on that roof-top. I guess the social distancing stuff no longer matters? I didn’t get the memo on that one yet. It sends a very elitist, and confusing message.

It’s all very sciency, isn’t it?

Mayor Bowser is taking a lot of heat after this photo from the party leaked out. 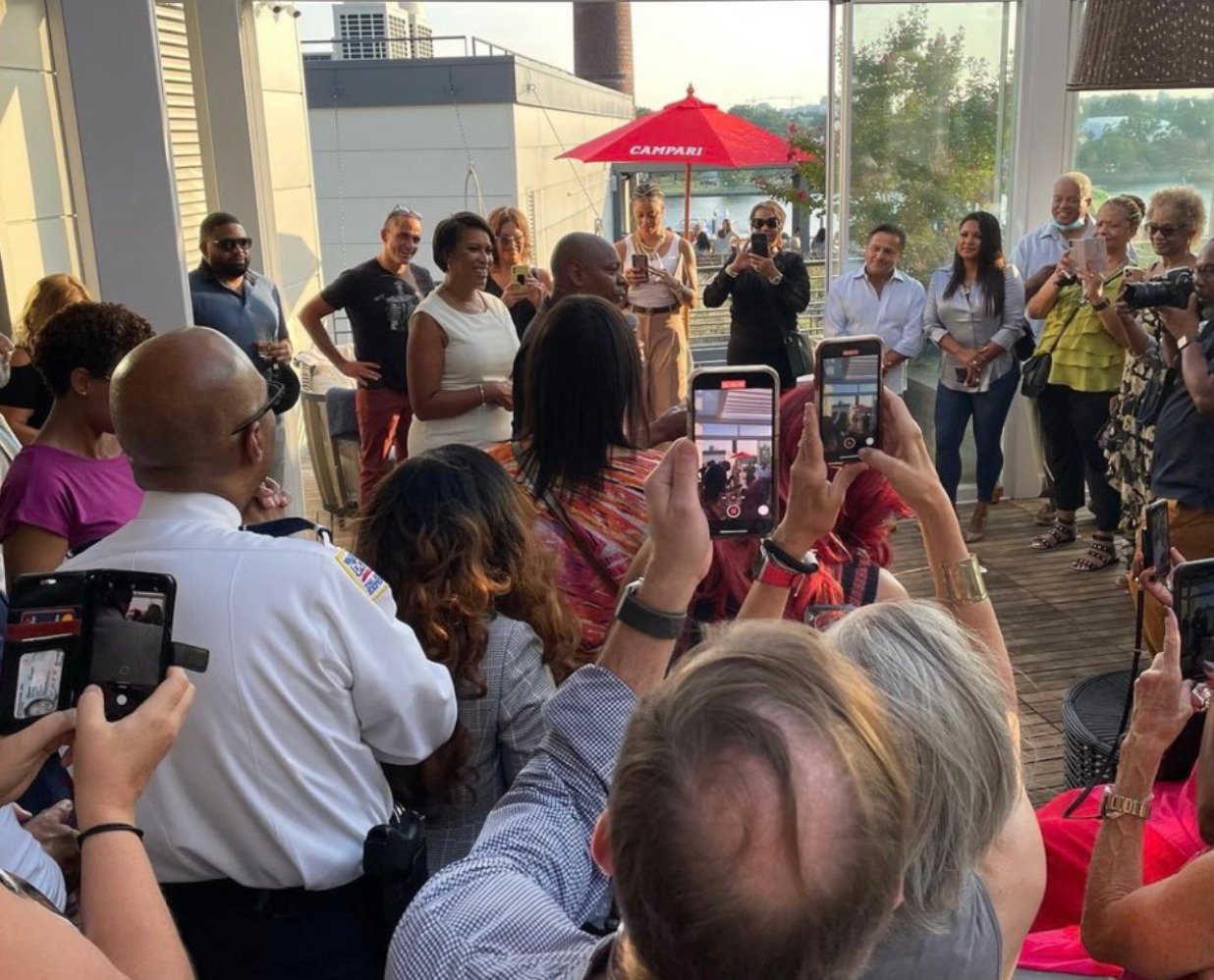 Was the two days notice on implementing the mask mandate so @MayorBowser could have her birthday party??? Absolutely classic. pic.twitter.com/Ir18KOEPqc

Here are some of the comments from people online:

“I think it is time we need to start accepting tickets for violations, or whatever they are going to do to us. We can not just keep “complying”.”

“It’s an open-air semi-outdoor place but still a WILDLY bad look and she is gonna eat a lot of shit for it.”

“They keep doing it & it seems we are gonna keep complying.”

“They don’t care guys. We’re the peasants and they’re the royalty. ”

Here’s another Dem mayor from New Orleans, who is calling for mask mandates, who herself is at a party with no mask – this time indoors.

It all feels very hypocritical and people have been seeing this type of stuff for a year now.

It’s really hard to take this all seriously, when the people telling us how “dire” everything is, seem the least worried.

If this is truly as bad as they say, the border would be closed and we’d never see an elite without their mask, or not following the rules.

They’d be terrified….however, they’re not terrified. Not at all.

One after another, all of these people are caught being hypocrites and then they wonder why we don’t trust what they’re telling us.

Read more at WayneDupree.com:
Kirstie Allie Says Her Own Battle With COVID “Woke” Her Up to What’s Really Going On…
US Gymnast Gets Really Entitled and “Bratty” in Recent Tweet and Infuriates Americans
Check Out What That Pennsylvania MAGA “Rally” Looked Like From Biden’s Motorcade Perspective