Females In Afghanistan Will “Die Slowly In History”

It will be barbaric.

One of the worst things about the fall of Kabul and Afghanistan in general will be the fate of women left to the tender mercies of the Taliban. Taliban Islamist thinking teaches that women are chattel, property with no rights who need not be educated.

I spoke to a US Army war vet who I also served with during my hitch in the Army twenty years before.  Kevin Hagen was an SFC in 5th Bn, 19th Special Forces Group in Afghanistan. He was there in 2003.

“One of my friends (Army Captain Diggs Brown) took this picture of a girl in the outskirts of Kabul who was so intent on learning that she would just stand in the window of the school we built and watch and learn,” said Hagen. 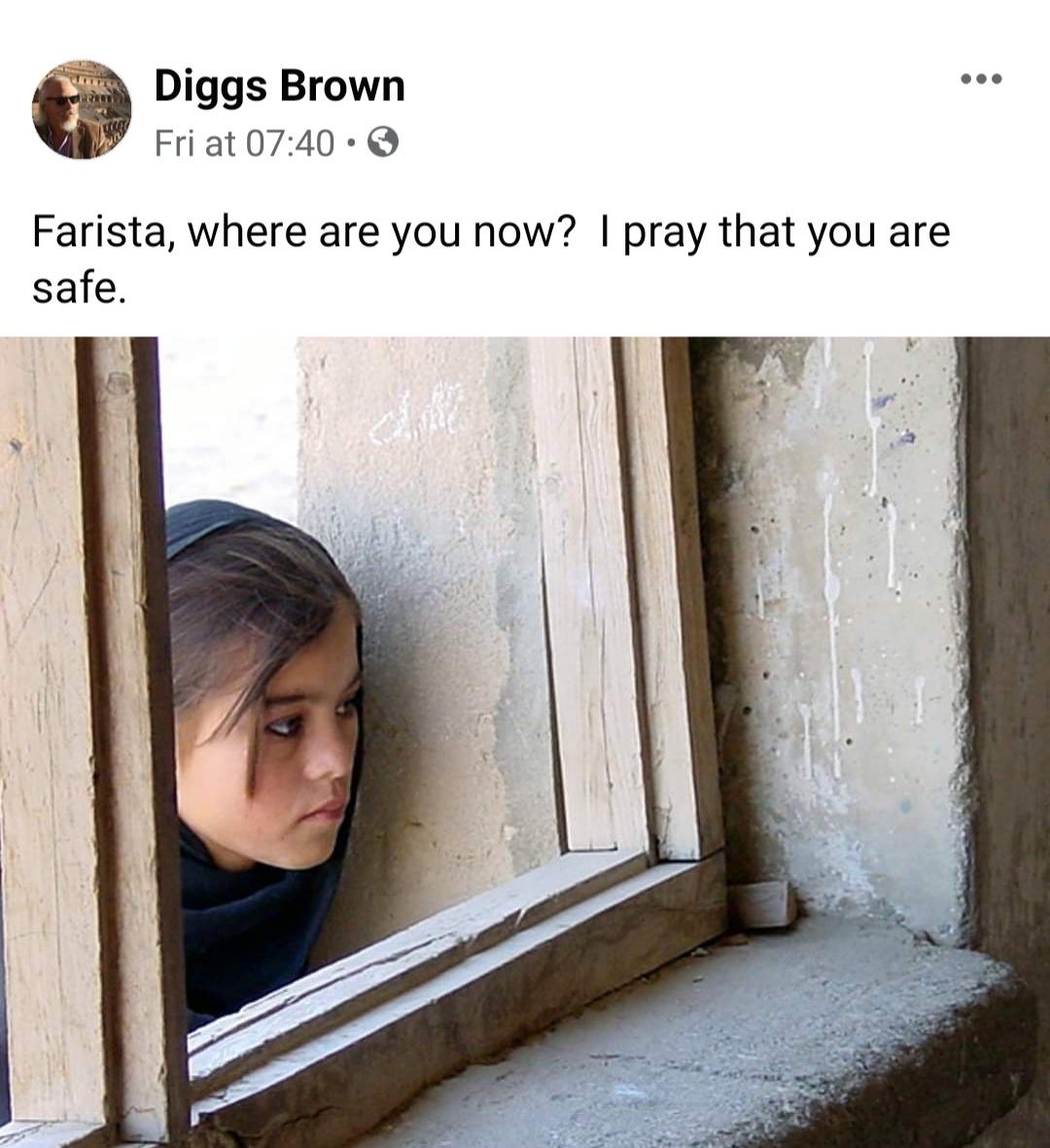 That is all over now. Farista and girls like her won’t be going to class anymore. They will share the fate of girls and women who were in Tehran when the mullahs took over Iran in 1979. They will lose even basic rights. It will be medieval.

"We don't count because we're from Afghanistan. We'll die slowly in history"

Tears of a hopeless Afghan girl whose future is getting shattered as the Taliban advance in the country.

My heart breaks for women of Afghanistan. The world has failed them. History will write this. pic.twitter.com/i56trtmQtF

As the father of three wonderful daughters who thank God live here, this makes me mad. It makes my blood boil that girls like the young lady in the tweet will suffer for our hubris and incompetence. More innocents brought to tragedy by American “nation building.”

And what of #metoo and the feminist ilk? Where are those who mounted the ramparts over Brett Kavanaugh? Women by the thousands are being reduced to a servile status by crazed theocrats. They wanted to protest against a real “Handmaiden’s Tale”? Now they’ve got one. Where are the American feminists now?

Where are the covens of histrionic harpies when it matters, when girls and women are facing degradation and death? Nowhere, that’s where they are. Because it’s easier to make up stories and defame honorable men than it is to face up to reality and the world. And as they go on living in a fantasyland, Afghan women and girls fade into darkness. May God have mercy.

This piece was written by David Kamioner on August 14, 2021. It originally appeared in DrewBerquist.com and is used by permission.