VANCOUVER, WA – A middle school teacher in Washington is under investigation after public comments on Facebook indicating that she is “ready to say let [the unvaccinated] die.”

Further, she stated she has “no problem with” wishing ill on people, and said, “If we’re lucky, we can cut out 30% of the population that votes the wrong way.”

Kolkemo’s account has either been deactivated or hidden, as it no longer shows up in a search.

In a statement to the Jason Rantz Show, the Evergreen Public School District said, “Evergreen Public Schools takes the health and safety of our students very seriously. The district is aware one of our employees posted a message regarding COVID vaccination statuses on her personal Facebook page/account while on summer break. It is being handled by our Human Resources department in accordance with district policies and procedures, and as it is a personnel matter, we cannot provide you any more specific information.” 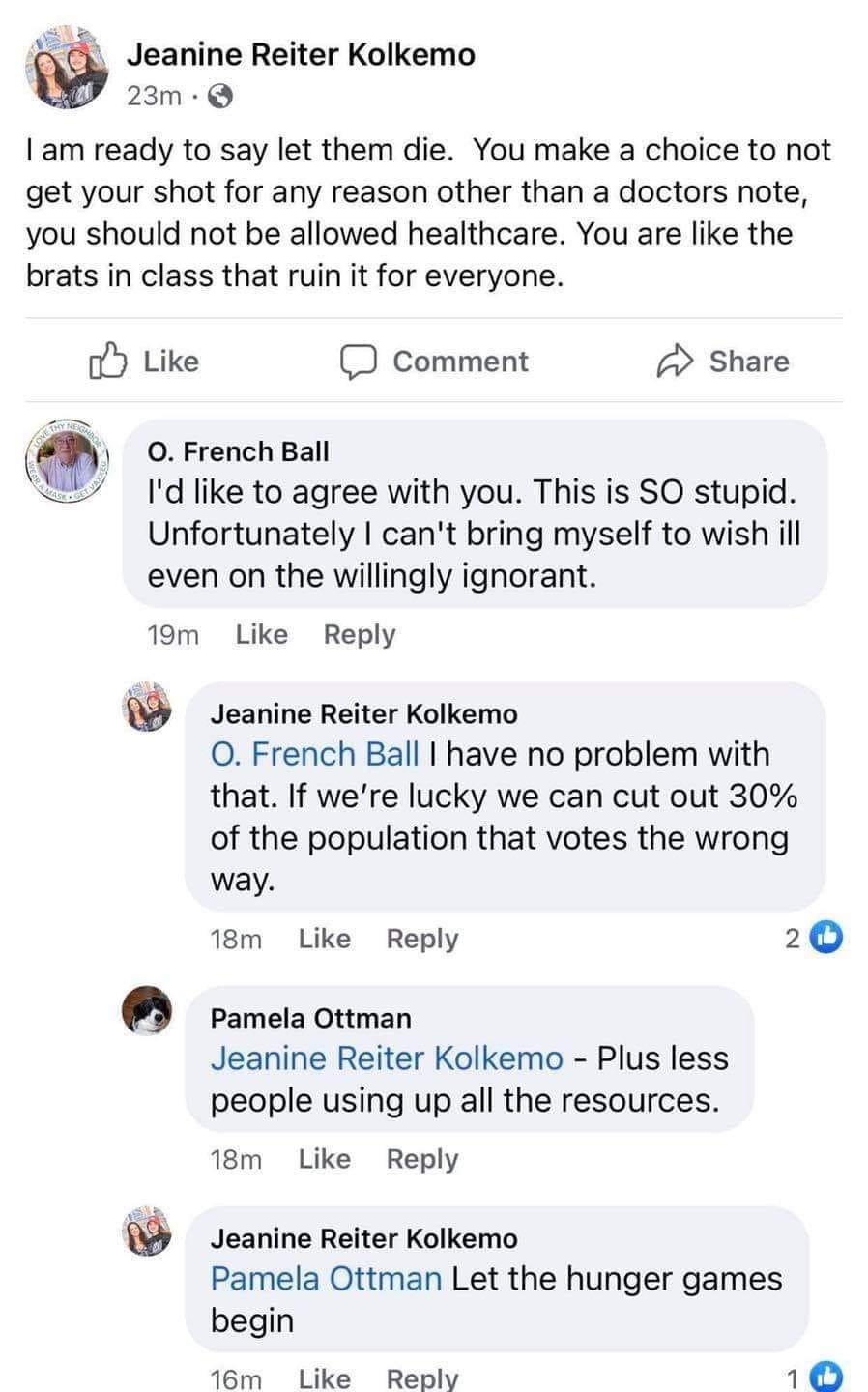 This author received a similar response from Janae Gomes, the human resources director.

District policy, Rantz pointed out, “expects all staff to participate in maintaining a clear expectation of civil conduct.”

Former Wy’East principal Caroline Garrett resigned last year when a lawsuit was brought forth against her and Gomes in March by a substitute teacher, Eric Dodge. Dodge arrived to work on a non-school day to attend “racial equity training.” He was wearing a MAGA hat.

Garrett, Dodge alleged in his lawsuit, became “aggressive and hostile” in the parking lot when he arrived. She allegedly asked him “what is the fucking deal with you and your hat?”

Dodge said that during the incident, Garrett called him a “racist,” “bigot,” “homophobe,” “liar” and “hateful person.”

Garrett’s resignation was said to be as a result of the lawsuit. Following her resignation, she went on a leave of absence (from April 2 through June 30) and received a lump sum equal to her regular pay.