Once again, another bizarre photo of Joe sets the internet on fire

That’s right, the vaccine that works so great apparently doesn’t actually work unless: 1) everyone takes it and 2) you take another shot of it.

Some would argue that it’s not actually a “vaccine,” but it’s more like a “flu shot” with a whole bunch of different boosters due to the different variants that viruses naturally form and mutate into.

But instead of exploring this very “scientific” narrative, Joe Biden has decided to demonize all unvaccinated people and blame them instead…so that’s why he’s now going on a PR tour to push the new booster – which I am sure won’t be the last. They’ll probably have a new booster every month.

Booster of the Month Club… you’ll get a free box of donuts every time you get your 10th booster…seriously, can’t you see them doing that? I can…

Of course, not everyone believes that Joe actually got jabbed with the “goop.” Many think he was injected with saline solution, but that’s a conspiracy theory that we’re not delving into today.

We’ve got other things to discuss, like Joe Biden’s overly hairy upper arms…

That’s right, a photo taken from the booster shot PR event reveals that Joe Biden has really hairy, fuzzy arms, and as with all things “Joe,” the photo has sparked a lot of interest online…Now, for me,  I don’t really care about “fuzzy upper arms,” and I don’t see much controversy in that, but when I was looking at this topic and reading what people were saying online, I did come across one thing that I found rather interesting.

But first, check out the photo that started it all:

That arm is sickening pic.twitter.com/NzrC7IO8uL 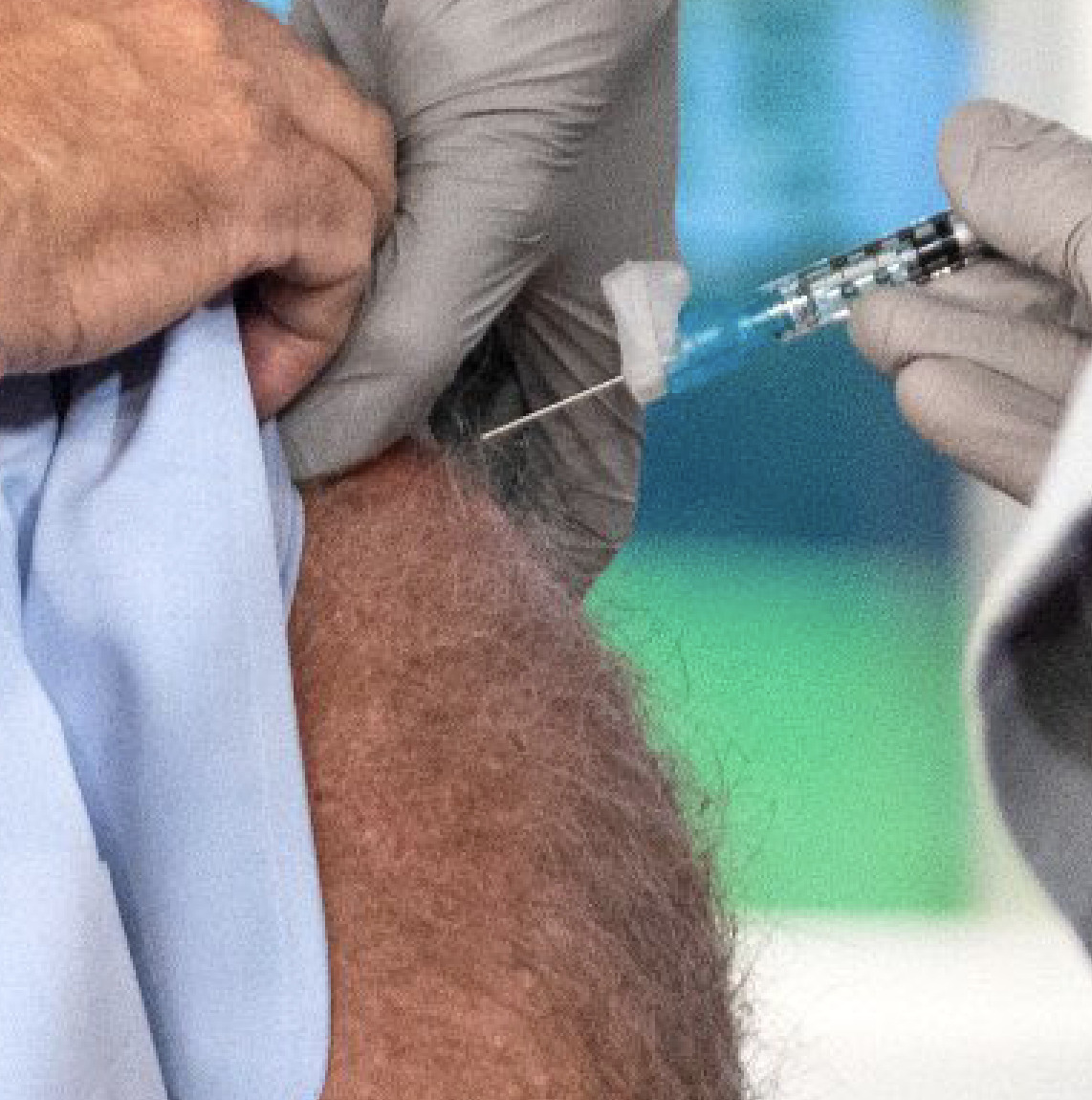 Yowza. That’s a lot of hair, but again, besides it being a bit off-putting, I don’t really see the big deal.

However, if you look back at his January photos when he supposedly got his first vaccine shot, Joe was far less hairy – perhaps his Handlers shave him as part of their grooming regime, and they just hadn’t gotten around to it by the time he got his booster? Maybe it’s a weird camera angle. Who knows?

Again, I am still not too enthralled with the arm hair, but the one thing that did intrigue me is this:

One Twitter user points out a distinct “bald” patch that looks exactly like the outline of a large bandage on the crook of Joe’s arm where a vein is – a vein that is often used for IVs. I know this because I used to dehydrate relatively easily when I lived in Vegas and was hospitalized many times to get rehydrated. I am painfully familiar with where they shove IV needles, and that area is among their favorites.

But no matter what the reason was, it does look as if Joe is regularly bandaged there, in my opinion.

Enough so that his overly hairy arms don’t produce any hair on the outer edges of that spot, and it does appear to create the “shape” of a bandage.

Now, if you ask me, that’s the more interesting aspect of this hairy arm story – because it goes along with the very valid questions about Joe’s health and his very obviously diminishing mental faculties…and more so to the questions about why he’s always going to Delaware – is it for medical treatments? People are wondering this – and not just “Q kooks”- conservative journalists have often brought it up.

To me, any questions about Joe’s mental health are legit and essential questions to ask since our mainstream media doesn’t ask and seems totally indifferent to the whole thing.

Here’s a closer look at those photos: 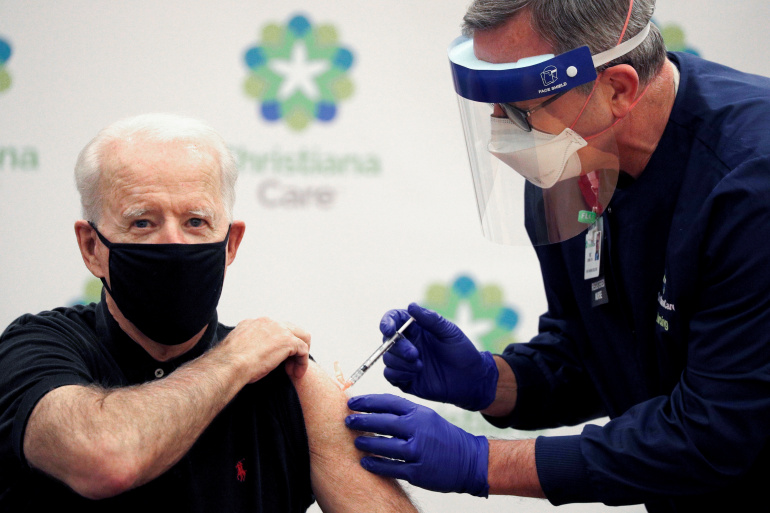 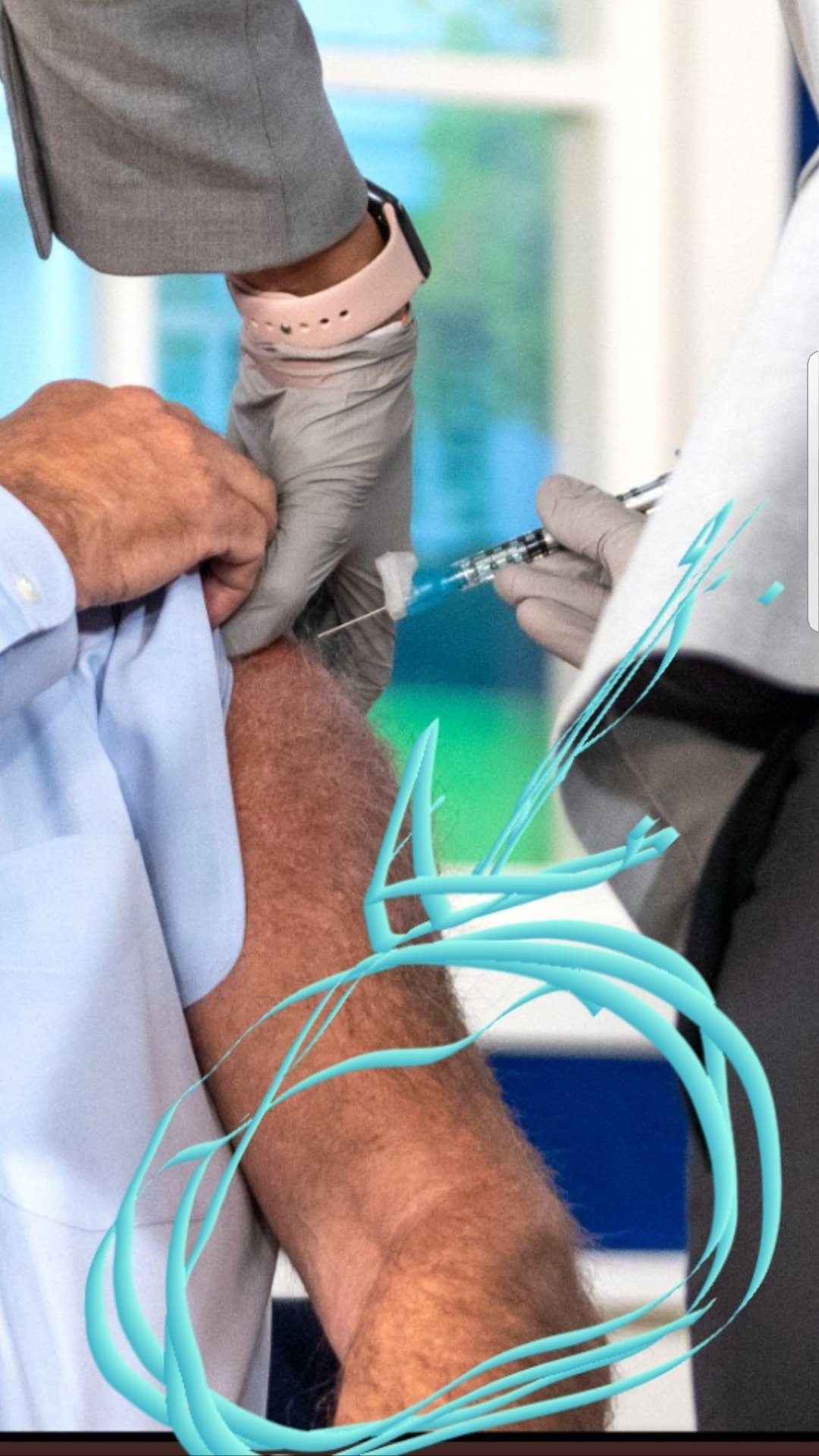 Here’s what folks online were saying about the bizarre photo:

“It turns blonde in the sun.”

“Where is a silver bullet when ya need one.”

“Oh, God! I just had a visual of his hairy legs in the pool. Ewwww, make it stop.”

“Dude got three shots and STILL wearing his muzzle? “

“They should be waxing him instead.”

“…And the hairs stand up in the water. And kids like to rub my hairs. And I like to sniff the kids. While Corn Pop watches in awe.”

“Lol staged saline shot…. So much bullshit that I can’t stand it.”

Sadly, there’s no trust or faith in the government in this day and age, so everything, even overly hairy arms and bizarre injection photos is all the “buzz” online.

Such is life in the era of the “Joe Show.”

Read more at WayneDupree.com:
Sidney Powell Reveals What Was Happening Legally – Behind the Scenes – With Nancy Pelosi On January 6th
[VIDEO] The F Joe Biden Chant Broke Out at Ryder Cup, Of All Places
John Walsh Says, Based on Tips His Show’s Received, Brian Laundrie is in One of These Three Places

Do you think it is even Joe,you hardly ever see him without the mask. Could be answer to hairy arm question. I have seen some face comparisons recently..makes me question. And may answer the vacationing to Delaware debacle. More mystery stay tuned