INDEPENDENCE, MO – On Wednesday, Red Voice Media told you about an officer injured from a shooting. Now, we have an unfortunate update that the officer has died.

Officer Blaize Madrid-Evans responded to a call of a person offering a tip on a wanted subject. He had just graduated from the academy in July. 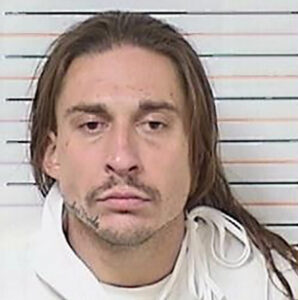 In a tweet Wednesday evening, Independence Police Department said, “It is with heavy hearts we announce that this evening, Officer Blaize Madrid-Evans succumbed to his injuries and passed away. No further information will be released this evening as we give the Officer’s family and his family in blue privacy in this difficult time.”

The suspect has also since been identified as 33-year-old  Cody L. Harrison.

🔹 Blessed Are The Peacemakers 🔹

The incident took place after 11:00 am at East 23rd Street South and South Northern Boulevard. The Missouri State Patrol said police received a tip on a wanted subject, leading them to the area.

Two officers responded to the target location and were met with gunfire. One officer was struck.

The other officer returned fire, shooting and killing the suspect.

It appears that police are investigating whether this incident was a setup, as MSP Sergeant Andy Bell said, “There are going to be some ways to look into that to exactly find out what kind of tip was this other than hey there might be some wanted individual at this address.”

It might have been a setup. But the important thing is a cop died trying to apprehend a low-income life.