Democrats donated to his GoFundMe, and the FBI gave him his ax back.

No matter the verdict of the Kyle Rittenhouse case, the Democrats and liberal media achieved their goal of vilifying him. Although there is most definitely a defamation lawsuit on the horizon, Rittenhouse has been labeled a MAGA fanatic, domestic terrorist, and even white supremacist.

But while the Democrats want nothing more than to prove that their opponents aren’t patriots, but rather, evil Nazis, they remain quiet on true criminals like 31-year-old Thomas “Tas” Alexander Starks.

While the name might not be as popular as Rittenhouse, here is the story behind the North Dakota man who is a prominent member of Antifa. Known for his far-left ideologies, Starks was convicted in federal court for attacking a Republican Senator’s office in December of 2020.

Starks attacked the office of Senator John Hoeven in Fargo using an axe.

In April, at his hearing, Starks pled guilty to the destruction of government property, which comes with the guidelines of a 10-16 month prison sentence. Instead of prison time, Starks was sentenced to probation and had to pay a fine of $2,784. The damage to the property was estimated to be $3,800.

This, despite U.S. Attorney Drew Wrigley stating that he would “aggressively investigate” the incident “to its logical conclusion.”

And while that seems like highway robbery, it appears that Starks didn’t learn his lesson as in October. He later joked about how the FBI returned the same axe he used to attack the Senator’s office. Because threatening someone’s life is hilarious, he wrote, “Look what the FBI were kind enough to give back to me!” 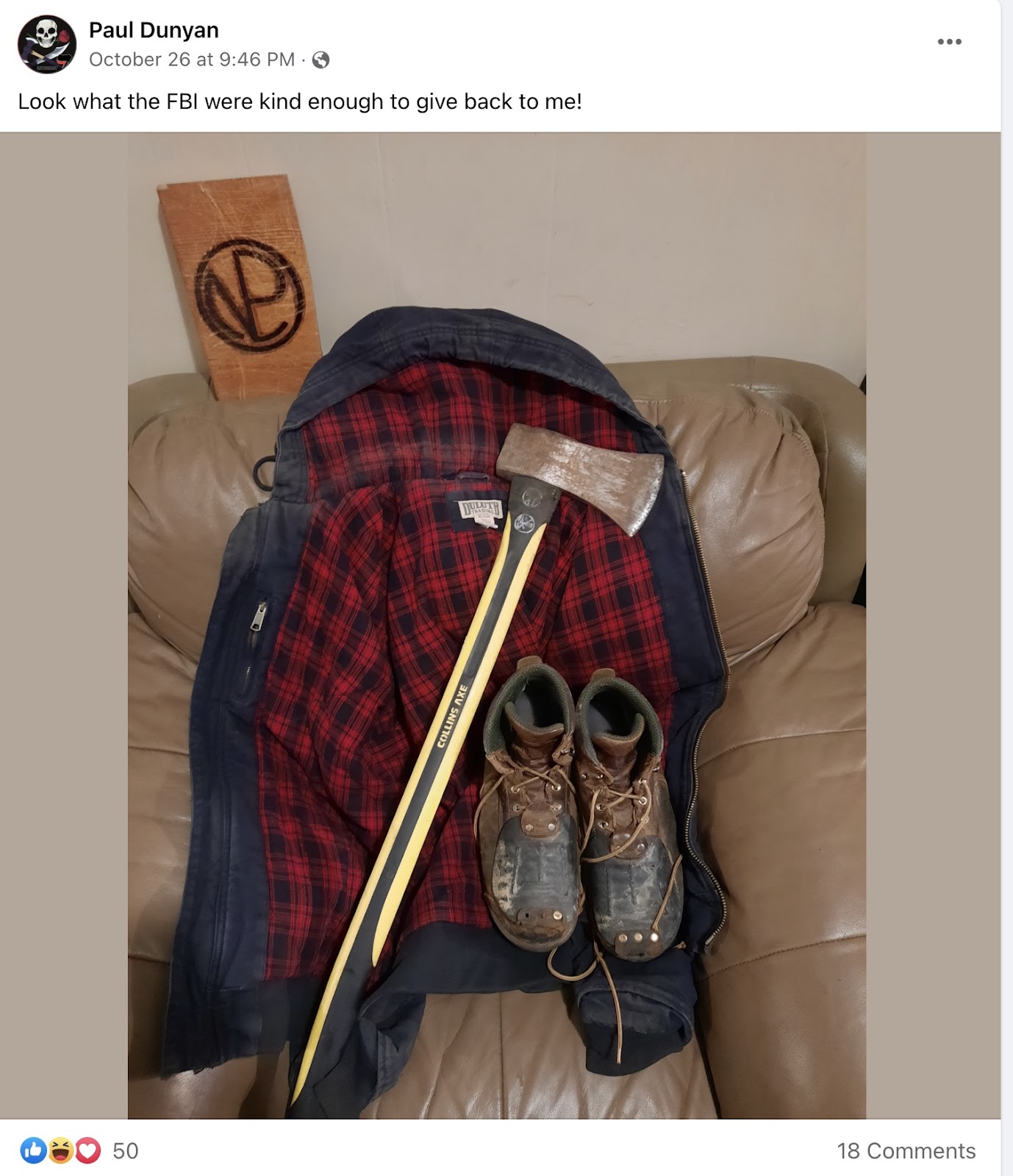 Sadly, Starks didn’t stop there as he jumped on Facebook using the name “Paul Dunyan.” While he was awaiting his sentencing at the time, Starks, using the Dunyan profile, wrote,  “I am ANTIFA. I will always attack fascists, racial superiority complexes built around nationalism that promotes genocide to fuel a war machine is the worst humanity has to offer.”

But as the axe-slinging Antifa member walks the streets, Rittenhouse, although free, must fight for the foreseeable future to clear his name.

Meanwhile, North Dakota Democratic-NPL Party Chairwoman Kylie Oversen, Democrat party official Ellie Shockley and a woman who ran for a Democratic lieutenant governor in 2012, Ellen Chaffee, donated to Starks’ GoFundMe (which has now been deleted) to help with his legal fees.

The left continuously glorifies evil and sin. it’s sick and if they think God will tolerate it, they clearly never read the bible. You will reap what u have sown no matter what. Darkness comes for darkness and light for light, and we live in the days where the 2 are being clearly identified and separated.