DELAWARE – A group called Patriots For Delaware has put together information that shows that a ridiculously high number of deceased individuals from the state not only received ballots in the 2020 election, but they even voted.

According to the data put together by the group, a total of 1,768 deceased people actually voted in the 2020 election.

As seen in the chart below, up to 315% of beds at the listed homes voted in the nursing and assisted living homes. This means that anywhere from one to 202 dead persons were listed as voters in 2020. 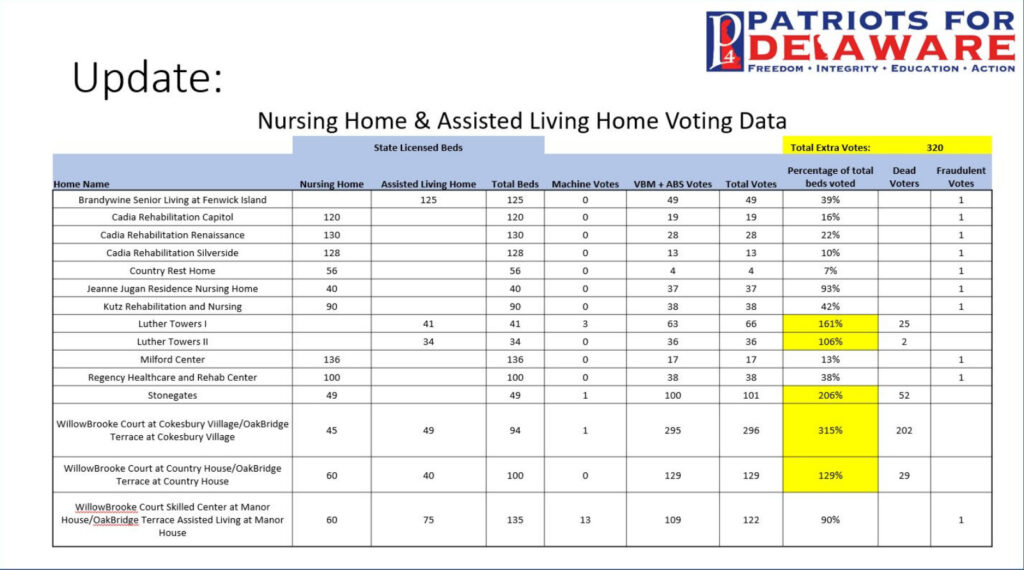 Patriots For Delaware also found that, shockingly, 1,165 of these dead voters showed to have voted IN-PERSON at a poling place 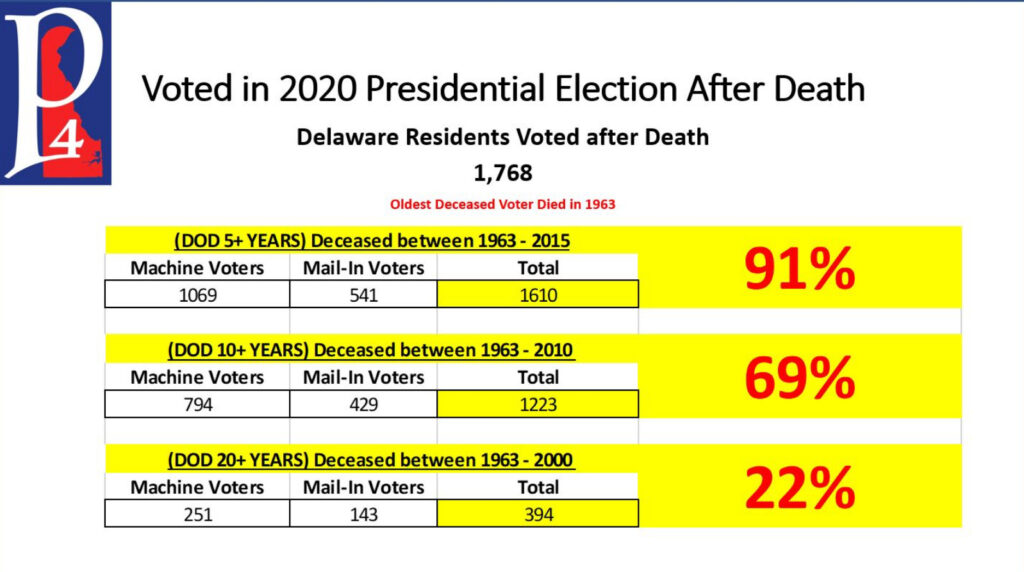 The group also found that 2,117 people who had already moved out of state also voted in the election. This is in addition to 1,854 voters who had moved prior to the election with no forwarding address who also voted. “If the mail-in portion of these voters do not have a forwarding address,” the group said, “how did they receive the ballot they used in our election?”

Based on the information discovered in this report, it would appear that there is at the least a major need to clean up the voter rolls to more accurately reflect the deceased and people who have moved out of state. Beyond that, it appears that there needs to be an investigation into many facets of the 2020 election, and stricter supervision for future elections.