With December finally here, that means the Christmas season has officially begun, and what better way to kick it off than with a White House Christmas picture. Displaying just one of the many rooms in the White House, the Biden Christmas photo displays a massive fireplace decked with garland and a stocking for each of their six grandchildren. The picture also has two marvelous Christmas trees that perfectly match the spirit of the season. While media outlets praised the Bidens for their display, there was one little problem that the family and the media forgot to mention, Joe and Jill Biden have seven grandchildren, not six. 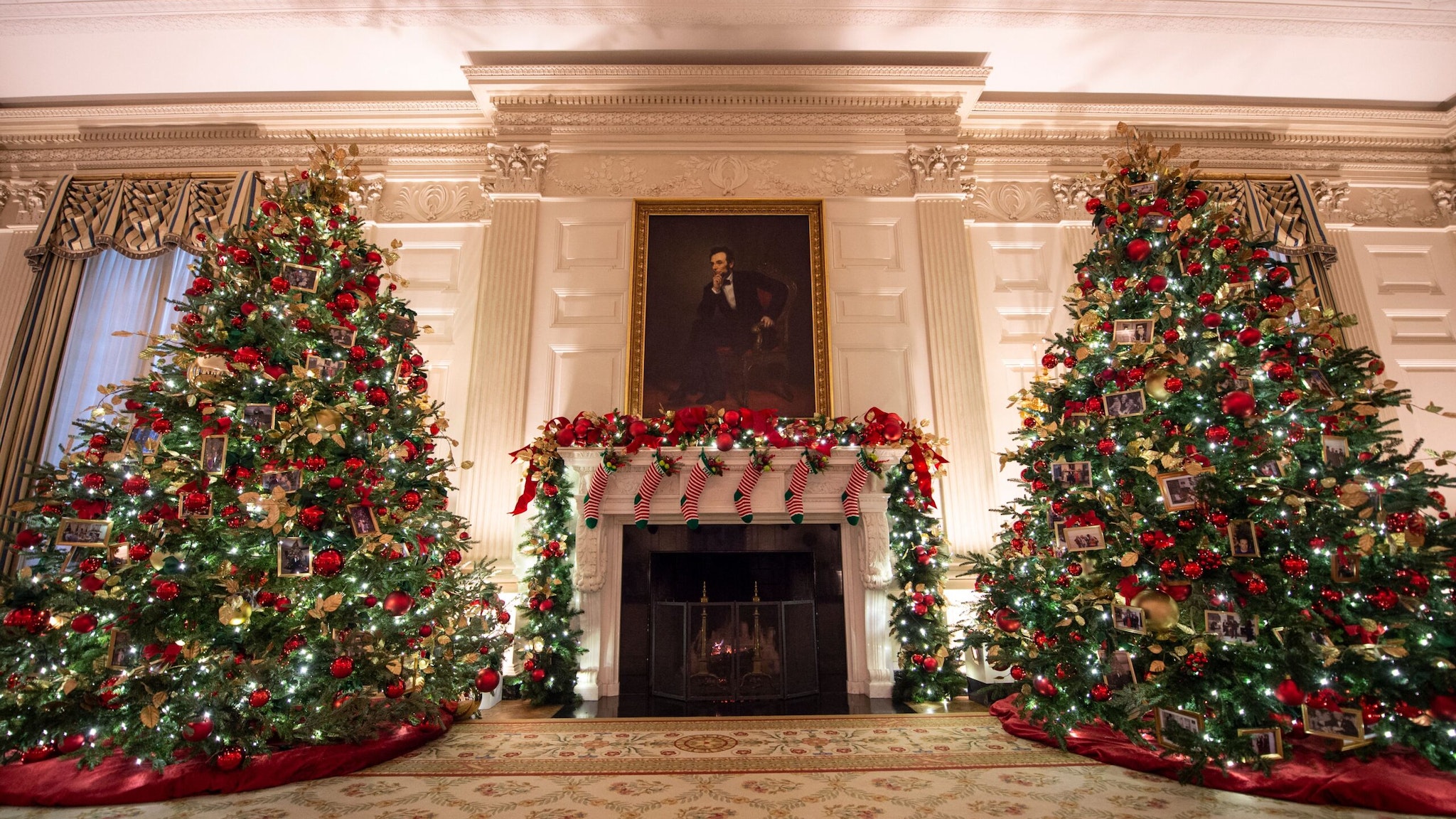 Not focusing on the small details, White House reporter Darlene Superville tweeted out a picture of the room with the caption, “Christmas stockings for the Biden grandkids hang from the fireplace mantel in the State Dining Room, which celebrates the gift of family.”

Christmas stockings for the Biden grandkids hang from the fireplace mantel in the State Dining Room, which celebrates the gift of family. Trees are decorated with Biden family photos, as well as photos of other first families during the holiday season. pic.twitter.com/zmGVldnBGP

MORE NEWS: Gutfeld: ‘I Call It The Great Awakening’ – The Left’s Replacement Theory Narrative Is Crumbling

Even the Today Show revealed the room in a segment titled “See the sweet tribute to Biden grandkids in White House Christmas décor.” The show said, “One display that stands out among the rest is in the State Dining Room, which encompasses the ‘Gift of Family.’ The knit stockings hanging on the mantle are a tribute to the Biden grandchildren — Naomi, 27, Finnegan, 21, Maisy, 20, Natalie, 17, and Robert Hunter Biden II, 15, and little Beau, 1.”

But as mentioned above, there was one stocking missing for three-year-old Navy Jones Roberts, who is the daughter of Hunter Biden.

That’s right, although the son of President Biden first tried to deny that he had relations with an Arkansas native named Lunden Alexis Roberts, who worked at a strip club Hunter loved to visit in Washington, D.C., a DNA test proved he was the father.

Not being the brightest, Hunter even wrote about his relationship with Roberts in his memoir “Beautiful Things”. He wrote, “​It’s why I would later challenge in court the woman in Arkansas who had a baby in 2018 and claimed the child was mine. I had no recollection of our encounter. That’s how little connection I had with anyone. I was a mess, but a mess I’ve taken responsibility for.”

Although Hunter might have taken responsibility for fathering the child, it appears that when it comes to the Biden family, there is no room for little Navy on the Biden White House mantle.

Gutfeld: ‘I Call It The Great Awakening’ – The Left’s Replacement Theory Narrative Is Crumbling

Biden’s Attack On American Energy Exposed In 2 Minutes, And This Is Just The Past 3 Weeks