She is struggling bad...

Kamla was clearly out of her depth and made a fool of herself.

Kamala Harris: It’s plugged in. So is it plugged into this, a normal electric socket, right?

Mahi Reddy: Yes, normally it’s a 240 volt, but you can go ahead, and plugin and that’s it.

Kamala Harris: There we are. And there’s no sound or fumes.

Mahi Reddy: There is nothing. And that’s all there is to it.

Kamala Harris: Yeah. So for all of us who are used to filling our tank, we usually can smell it, and you could hear it. You can hear the guzzling sound, none of that. So how do I know it’s actually working? (Cackles)

Kamala Harris: So how would I know that? Tell me how I would know that.

MORE NEWS: Rep. Boebert: I’d Really Like to Go Back When Men Couldn’t Get Pregnant So We Wouldn’t Have a Baby Formula Shortage

Mahi Reddy: So typically, you come in here, wave this card and what it would do is authenticate, and then this light turns green.

As Kamala and the ‘Green Energy’ brigade push for more electric vehicles, they never mention where the electricity comes from. 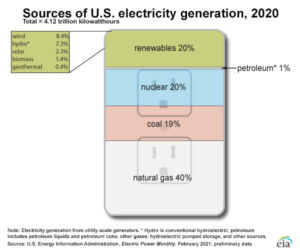 Regardless of the answers to those questions, people know that Kamala has no idea what she’s doing.

She got absolutely roasted in the comments sections of this video on the internet.

Here are a few presented for your entertainment…

“Kamala plugs in a light and turns it on, then says, “how do I know it’s actually working?”

“But, where does the electricity come from” “Infrastructure.”

“The sound and fumes are closer to the electrical plant out in middle America.”

“Anybody who keeps hold of the charge plug for that long is clearly way out of their depth. If it was 1997, you could maybe understand the ignorance….”

“How do you know your phone is charging when you plug your charger in? (hint: it says so on the display).”

“She must reeeeally have been sniffing those gas fumes.”

“I love the smell of gasoline in the morning. It smells like freedom.”

“How do we know Kamala is working?”

“You have to lick the plug to check first if there is enough power, Kamala.”

“Give her a break. She’s used to the sucking and gurgling sound to know things are working.”

“She holds on to that hose like it’s attached to Willie Brown.”

“A heartbeat away from the presidency…”

“< “So… how do I know it’s actually working?”> Because Greta Thunberg says so.”

“Where do they think the electricity comes from?”

“Yeah, I feel the same about Harris. I see the pantsuits and nervous laughter, but is she actually working?”

“The sound is made at the coal-fired electric plant that generates the electricity.”

If a dick could walk and cackle she would be it…

Biden and his gang are technically illiterate. They should stick to the facts instead of pushing hype.

The fact is, over the past 15-20 years, millions of hybrid taxi owners around the world driving billions of miles have saved a lot of money in fuel and maintenance. Hybrids save 30% on fuel consumption under average conditions, much more than that in heavy traffic.

When a taxi is driven 24/7 by multiple shifts of drivers, the extra cost of a hybrid generally pays for itself within a few months or even weeks. For the typical non-taxi driver, payback time is generally under a year or two. This is still an excellent return on investment compared to building energy infrastructure, which usually has a payback time in excess of 5 years.

During a prolonged grid outage, most people have no way of charging an electric vehicle. Hybrids are very useful during a grid outage because they’re basically an extremely clean, quiet, efficient generator on wheels. A hybrid vehicle can be used to run an entire household.

Any electric vehicle can be converted into a hybrid by adding a range extender. A range-extender is basically a generator.

The best type of Range Extender units are free piston flex-fuel linear generators. These are about 30% more efficient than rotating generators. They’re simpler to manufacture, smaller, and lighter too. The higher efficiency increases hybrid vehicle efficiency to double that of an internal combustion engine.

Ford has patented a removable range extender for pickup trucks. See US Patent 10,773,602. The patent covers a specific design. The overall concept is not patentable.

Centralized power plants are generally only 35% to 50% efficient.

Cogeneration / Combined Heat & Power (CHP) units can be over 90% efficient.

Internal combustion engines in motor vehicles are at most 30% to 40% efficient.

Electric cars are about 80% efficient. They use very little energy while idling or crawling in slow traffic. And they have regenerative braking.

By charging electric cars with CHP units located where the waste heat can be utilized, you’re not putting any extra load on the grid. In fact, CHP units can stabilize the grid with excess power production during peak demand times. And they can prop-up local grids when major transmission lines go down for weeks.

A 24kW linear generator / range extender / CHP unit has been built that’s only 21″ x 8.3″ x 8″ in size. This makes it very practical to move between vehicle range extender use and building CHP use.

If Biden and his cronies were not clowns, they’d understand this.

Global oil prices skyrocketed in the 1970s due to the Yom Kippur war and the Iran-Iraq war. They skyrocketed again after Bush Jr’s invasion of Iraq.

The U.S. produces about 19% of the world’s oil output and consumes most of that domestically. The amount of oil exported by the U.S. is a drop in the bucket compared to what OPEC exports. That means OPEC controls global oil prices.

Instead of imposing communism on the domestic oil industry, it’s better to use fuel far more efficiently, which is exactly what happens when electric vehicles are charged by linear Cogeneration / Combined Heat & Power (CHP) units and/or Range-Extenders.

Another advantage of this approach is fuel flexibility. Linear generators can burn a variety of fuels including ethanol, gasoline, natural gas, methane, hydrogen, etc. This flexibility allows consumers to switch to whatever fuel is cheapest and easily available at the time.

Fuel flexibility is also useful in households and industry. About 1/3 of the energy consumed in households is used for hot water. It costs very little to add an electric heating element to a gas hot water tank and configure the system such that electric heat is automatically used when it’s cheaper, typically during-off-peak hours, and gas is used when it’s cheaper, typically during peak electric consumption hours.

The cost per kWh to generate electricity from solar panels has dropped to less than coal or nuclear, and it continues to drop, mostly due to higher automation in solar panel manufacturing. Hybrid solar panels that produce both electricity and hot water are up to 80% efficient. The circulating water reduces hot spots, which reduces panel degradation rates to under 0.2% per year. A 25-year-old hybrid solar panel can produced 95% of original output.

The fact that solar is intermittent doesn’t matter as long as a CHP unit serves baseload and solar is used to reduce CHP fuel consumption. This is far more practical than using an expensive power wall to store solar power. Lithium batteries are now very cost effective for vehicles, and ok for storing a couple of hours of solar, but they’re totally impractical for long-term energy storage. Making hydrogen from excess solar power is up to 80% efficient. If a small electrolyzer unit is located where waste heat can be utilized, then overall efficiency can be over 90%.

Ethanol is one of the most practical fuels for long-term energy storage. Both gasoline and diesel go stale fairly quickly. Low-sulfur diesels go stale much faster than high-sulfur diesels.

For off-grid use, ideally, you’d get heat and electricity from hybrid solar panels during most days, from a methane or hydrogen powered CHP unit the rest of the time, and occasionally from ethanol.

Heat from hybrid solar panels and CHP units can also be used to drive adsorption or absorption chiller units.

During prolonged grid outages, people are off-grid whether they like it or not.

Last edited 5 months ago by Noticers
2
Reply
The Resistance

The Globalist Elites want to control everything that we use so then they can force us into complying with their Nazi mandates. For example if you don’t take this biøweapon vaccíne then you can’t drive your car they’ll hit a kill switch that will stop your car from turning on.
This is why we need to stand up while we still can stop complying. You’re only making things worst for everybody including yourself.

4
Reply
Noticers
Reply to  The Resistance

Any kill switch can be bypassed. Get to know your neighborhood electronic whiz.

Rep. Boebert: I’d Really Like to Go Back When Men Couldn’t Get Pregnant So We Wouldn’t Have a Baby Formula Shortage

Pfizer Whistleblower Attorney: They Admit It’s Not A Vaccine In Their Contracts To Bypass Federal Law [VIDEO]