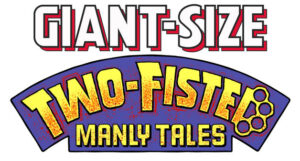 Graham Nolan [1] has been drawing comics for DC since the 1990’s. He is most well-known for his work on Batman and the creation of the Bane [2] character with writer Chuck Dixon [3]. Both are well-known for their abilities as comic book creators. Both are horrified to witness how many well-established, much-loved characters have been altered into woke mockeries of themselves by their publishers, Marvel and DC. For instance, Superman’s son, the new Superman, has recently come out [4] as bisexual. Batman’s sidekick Robin has also come out as LGBTQ, as well as Harley Quinn, Marvel’s Kate Pride, and a strange “throuple” situation developing between X-Men characters Cyclops, Wolverine, and Jean Grey.

Tired of the ads? Go Ad-Free and Get EXCLUSIVE Content, Become a PREMIUM USER [5]

Bowing to the LGBTQ movement isn’t the only problem, nor will I try to mention every way that woke culture has influenced modern comic book publishers. One item worth noting however, is that men as a class are frequently treated as dumb, savage, inconsiderate and unnecessary. At least, unless they are pushing the latest environmentalist fad, attacking the police, or slavishly following the orders of their strong female leader.

This shift in comics is found throughout entertainment. From Home Improvement on television, where Tim Allen’s wife laughingly cons him into getting a vasectomy, a reverse vasectomy, and then another vasectomy, To Marvel’s Thor: Ragnarok, where Thor is constantly belittled for, essentially, being a man. If mainstream media wants men and boys to think they are second class citizens for being male, they could hardly be more transparent in their messaging.

Nolan has had enough, and so have a few other creators. He has formed an independent publishing company called Compass Comics, to make the kind of comics that he wants to read, the kind of comics we used to find in spinner racks everywhere, the kind that treat men with respect, treat evil with extreme prejudice, and who save the damsel in distress with no apologies.

Compass Comics most recent release, now crowdfunding on the platform IndiGoGo.com, is called “Giant-Size Two-Fisted Manly Tales.” [6] It is an enormous 100-page monster of a comic, full of “knuckle-busting, lip-splitting, teeth spitting tales of action and adventure that celebrate what has become known as ‘toxic masculinity.'” In it’s first day, the comic racked up $30,000 from hundreds of supporters. If it continues in the same direction, it will crack six figures, like other projects started by Nolan and Dixon. Clearly, there are other people in the world who are tired of woke comics. Woke, this is not.

If you’re tired of woke culture, take a look at Giant-Size Two-Fisted Manly Tales. It’s entertaining, a conversation piece, and a way to tell the big two comic book publishers that maybe the reason their sales have been declining for years is that they decided to ignore their customers.

Please help get the word out before real heroes are completely ejected from our culture. If , on the other hand, you want to see what a communist looks like after he’s been demolished by a real American, you owe it to yourself to take a look.