Can it really be a 'Free Speech' platform with this kind of set up?

With Big Tech becoming even more powerful given the gatekeeper status handed to them by the Democrats, it appears former President Donald Trump, who was banned from Twitter in January of 2021, is on the verge of launching his own social app called Truth Social. While Trump has teased about the start of his own platform, there has yet to be an official date dropped for its release. That was until the iOS App Store listing updated its information, revealing the date to be February 21 of this year.

Although Trump and his media company, Trump Media and Technology Group (TMTG), have discussed the app in detail before, the entire Trump camp has been rather quiet. Even TMTG didn’t respond to comments about the date being placed on the App Store. Still, as of now, users are able to preorder the Truth Social app by putting their names on a waiting list. But, if the date of the App store is correct, people won’t have to be waiting long to see what Trump believes will combat Twitter. 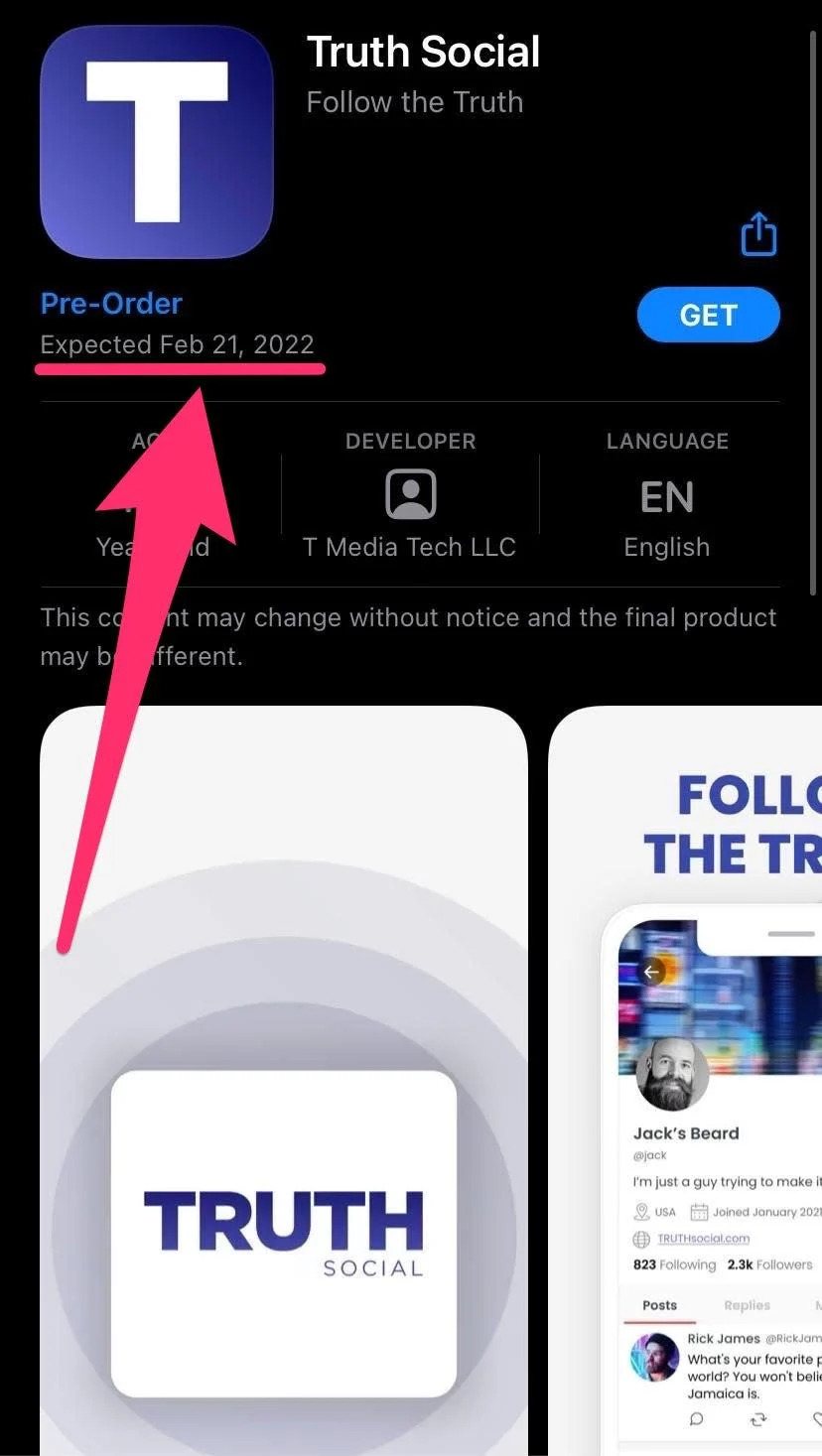 The idea of Truth Social started back in January when Trump was banned from major social media platforms for the supposed role he played in the Capitol Hill riot. To date, there has been no evidence presented showing that Trump had any involvement surrounding the protest on January 6th. After being banned, Trump would stay silent until October of that year when he revealed photos of Truth Social.

There is another reason that February 21 is an interesting day for Trump to drop his new social media app, given that that day is also Presidents’ day in the United States. It seems only fitting that the 45th President of the United States unveils his own platform on the day designed to celebrate his contribution to America.

But while Trump might be wanting to create a platform of free speech, many have wondered about the distributors of the app, like Apple. Given Trump’s turbulent past with the media and big tech, the platform could see disruptions and cataclysmic failure if the corporations seek to bury it as they have to other ‘Free Speech’ apps in the past.

By the time Truth Social rolls out, things will have changed for the better. And, nobody will be able to hack into or take down the site. Why you ask? Because Starlink was already launched in the summer of 2021..it cannot be hacked or taken down by anyone.

BREAKING: Monkeypox Made In WUHAN, WHO Plots One World Government, Globalists Steal Elections

Pfizer Whistleblower Attorney: They Admit It’s Not A Vaccine In Their Contracts To Bypass Federal Law [VIDEO]