How much evidence do you need to see before you stop supporting evil?

It looks as though an iteration of the Disney $100 gift cards has something strange going on with the image depicting Minnie Mouse hugging Mickey – namely that the manner in which Minnie’s dress is illustrated looks an awful lot like an erect penis.

As a Disney blog, called The Disney Details, author pointed out, “the bigger [the amount], the better.” 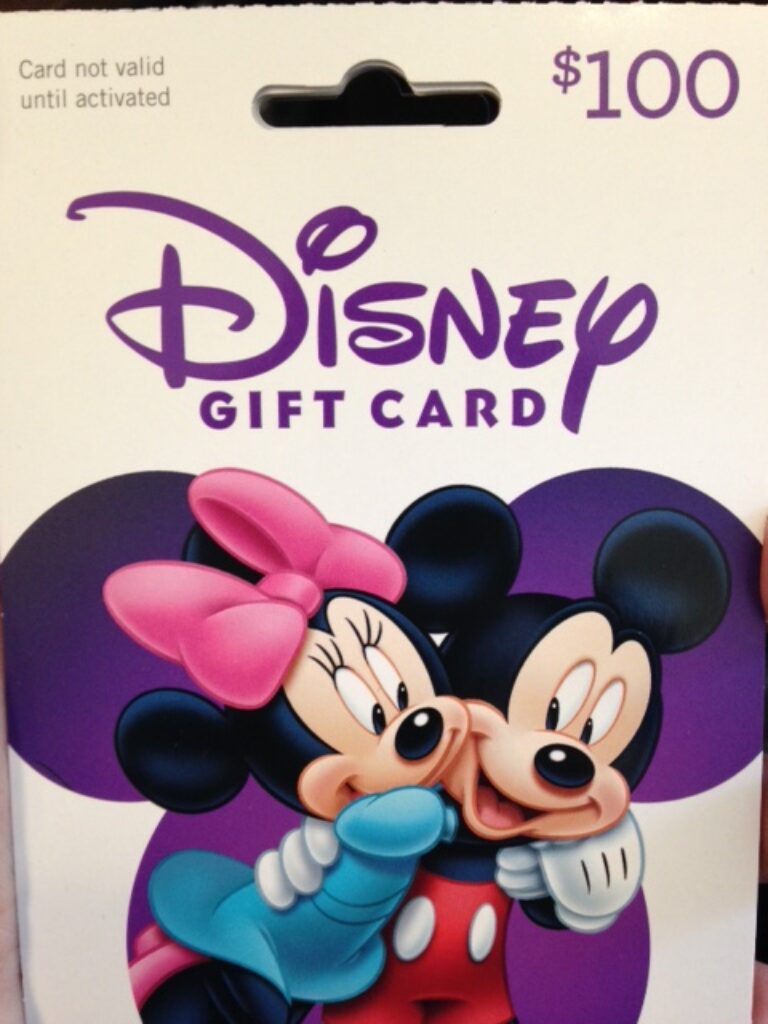 Images of this $100 Disney gift card first cropped up online back in 2015, where someone aptly captioned the shared photo with, “Does anyone see anything odd about this Disney gift card?”

These $100 Disney gift cards appeared to have been sold at Target stores around the time, although it’s unclear whether the graphic depicted on these cards at the time was exclusive to Target locations.

However, it seems as though the modern iteration of these $100 Disney gift cards no longer bears the aforementioned design that, frankly, looks phallic.

Disney has a bit of a history when it relates to allegations of indecent imagery being snuck into a variety of their works, with The Little Mermaid likely being the most notorious of cases. The 1989 film was accused of portraying a phallic-shaped castle on its movie poster and containing a scene where a character in the movie has a noticeable erection (a preacher during a wedding service, no less).

Needless to say, it’s almost as if there’s a trend with Disney sneaking in imagery that could easily be construed as looking like a penis.

Back in November of 2021, Red Voice Media shared a report regarding another instance where imagery contained within a Disney film, the 2002 film Lilo and Stitch, had been caught on to by one savvy viewer.

The woman had taken a video of the clip from the movie that caught her off guard, saying, “So we’re watching Lilo and Stitch, and I’ve seen this movie 100 times, but I’ve never noticed this. Why does she have a whole bunch of ass and body on her wall?”

A man who was viewing the movie with her began pointing out the individual images of butts and breasts that were strewn about the young girl’s bedroom in the movie.

One must keep in mind that these are children’s films that are harboring this odd imagery – which can make one wonder the caliber of people that Disney employs, almost as if there’s something alluring about the company to ostensible perverts and degenerates.

Well, there are at least documented instances where Disney employees found themselves hemmed up for crimes revolving around human trafficking and sexual indecencies with minors.

Back in March, Red Voice Media reported on a sting run out of Polk County in Florida, where over 100 people were arrested in connection with human trafficking. Of those arrests, four of the individuals happened to be Disney employees who worked at the Florida-based park in some capacity.

One of those Disney employees, identified as 27-year-old Xavier Jackson, was accused of sending inappropriate photos of himself to an undercover officer pretending to be a 14-year-old girl. Jackson in turn was charged with three counts of transmitting harmful material to a minor and one count of unlawful communication.

There’s something certainly awry with Disney.

Disney Is Going Way Too Far Over That Anti-Humane Line In The Sand! Disney’s Future Income Will Be Redder Than Just Red, It Will Be Between Glowing, Crimson Red And Fluorescent Amber, Which Is The Polar Opposite Of The Darkest Black In Financial Income Charts, Where The Wicked And Evil WOKE And Those Truly Confused Trans Minority Will Never Know Which Way Is Up, Like Up, Up And Away, It’s A Bird, No, It’s A Plane, No It’s Superman!!!!!!!

Disney is literally committing suicide with their woke agenda and employees.

this is disgusting…perverting the minds of the innocent with cartoon characters, a new low, this distorted mindset and behavior will bring down destruction upon their own heads!