Social media platform Twitter has recently shown its true colors, in that they’re apparently pro-groomer. At least, said sentiment could be construed considering that the platform decided to lock political commentator Jack Posobiec out of his Twitter account for merely promoting a shirt [1] that read “Boycott Groomers,” stylized in the Disney font/logo.

The reason for Twitter locking Posobiec out of his account? “Hateful conduct,” according to the social media giant.

There’s a relatively modern adage that goes, “saying the quiet part out loud” – a sort of offshoot of a Freudian slip where someone inadvertently showcases the ulterior motives that they’ve gone to great lengths to conceal behind a façade.

And in this case, it appears that Twitter has said the quiet part out loud.

On April 6th, Posobiec advertised links to purchase shirts and stickers that bore the words “Boycott Groomers,” jokingly telling his social media following on Twitter to “Get it before it’s banned.”

The design was clearly poking fun at Disney, as it served as a parody of their castle-themed logo with the word “Groomers” done up in a font mimicking the Disney logo. 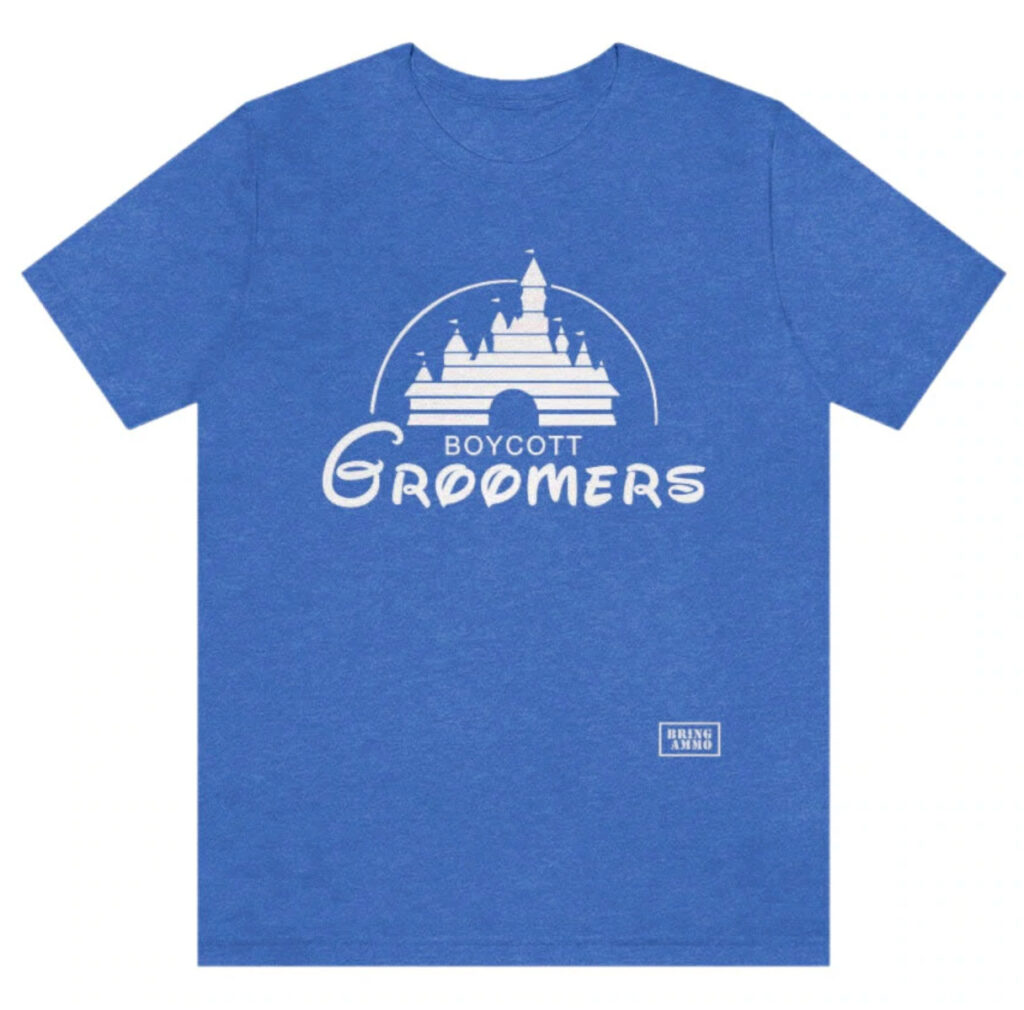 “Violating our rules against hateful conduct. You may not promote violence against, threaten, or harass other people on the basis of race, ethnicity, national origin, sexual orientation, gender, gender identity, religious affiliation, age, disability, or serious disease.”

Think about that for a second – according to Twitter, a graphic depicting the words “Boycott Groomers” is somehow being construed as threatening, harassing, or promoting violence against general protected classes.

Except, groomers don’t fall under any sort of protected class whatsoever, as groomers are individuals who foster relationships with young children so that they can eventually sexually exploit and abuse them. Basically, groomers consist of pedophiles.

So, is Twitter saying the quiet part out loud and saying that they recognize pedophilia as some sort of sexual orientation? Well, it can certainly be digested that way.

Not to mention, the graphic wasn’t calling for any sort of violence or harassment against groomers either – it merely said to boycott them.

Posobiec has another theory though on the matter, thinking that this has more to do with him targeting the House of Mouse with the post promoting the shirts and stickers.

“Elon Musk recently commented that corporations dictate policy on Twitter through ad dollars, so it comes as no surprise Twitter will censor you for criticizing one of the largest media companies in the world. This is clear retaliation for me leaking the internal employee forums at Disney showing many of their workers support the Florida anti-grooming bill.”