Another One: Teacher In Phoenix Arrested For Offering Student Money For Nude Photos

These government schools are overflowing with pedophiles.

PHOENIX, AZ – According to local reports, a 33-year-old male assistant teacher out of Phoenix, Arizona was arrested earlier in May after authorities allege he offered a 14-year-old student money in exchange for illicit photographs.

On May 11th, Phoenix Police arrested 33-year-old Darangelo Balark, who worked at Maya High School as an assistant teacher. Investigators reportedly learned about Balark texting a 14-year-old female student at the school beginning in early May, offering the child cash in exchange for explicit photographs.

The alleged pedophile reportedly told police that the text messages requesting nude photographs from the child were sent by another student who was using his phone. However, the aforementioned excuse clearly didn’t resonate with investigators.

On May 12th, one day after Balark was arrested, Maya High School principal John Anderson sent out an email to parents notifying them of Balark’s arrest and charges.

“Dear Maya Strong Families, I am writing to share important information about the arrest of one of our non-instructional staff members, a paraprofessional.

“Student safety is our highest priority at Maya High School and we are deeply disturbed by this situation. We continue to cooperate fully with law enforcement as they continue their investigation into this matter. We have counselors on campus today, offering support to any student needing assistance.”

Balark has since been charged with one count of sexual abuse and one count of contributing to the delinquency of a minor. Bond for the accused has been set at $50,000 and his next court appearance is slated for May 18th.

City Journal contributor Christopher Rufo pointed out earlier in May, in response to a snarky comment from an CNN reporter, that instances of sexual abuse occur at a rate roughly 100 times greater than that of the Catholic Church.

“The best available evidence suggests that the scale of sexual abuse in the public schools is at least 100 times greater than in the Catholic Church. But this CNN reporter doesn’t want you to know about it.” 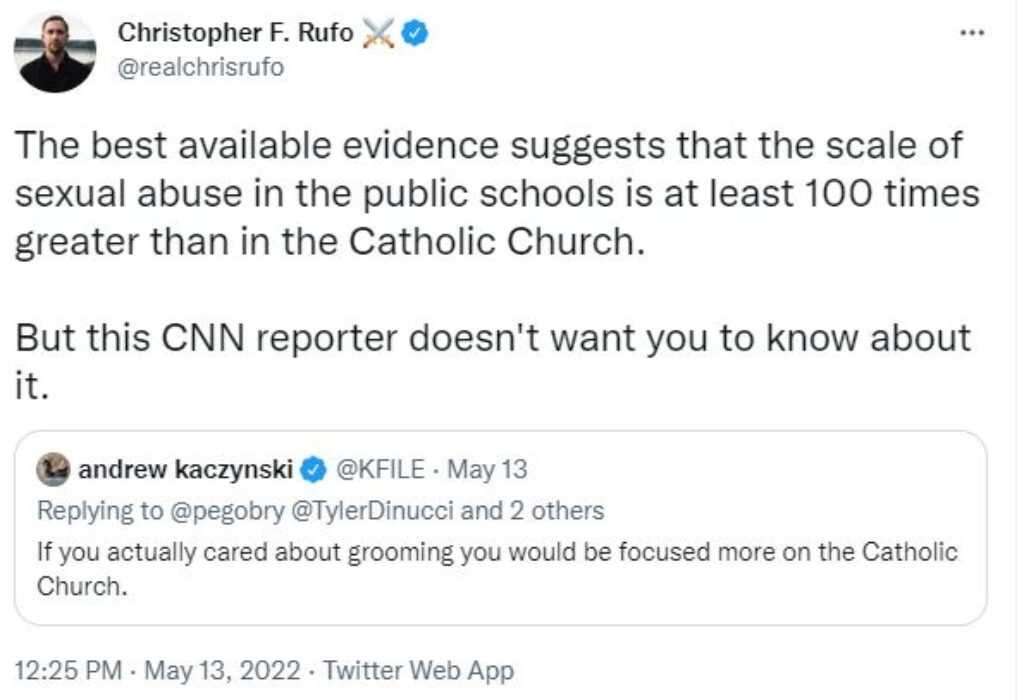 Rufo made the abovementioned assertion while citing a 2004 study, highlighting that the problem within schools has likely expanded even further rather than reduced in severity.

“There hasn’t been a thorough investigation into this crisis since 2004. But, if anything, this problem has likely expanded with the rise of social media. Congress should fund a $25 million investigation into sexual abuse in public schools. Parents have a right to know.” 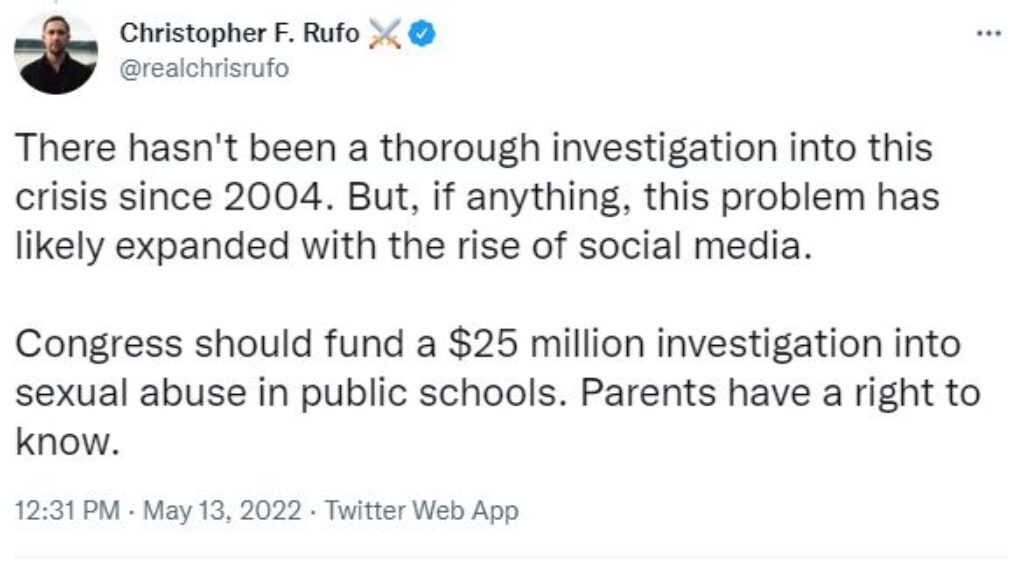 Congress? The joke of liberals pushing abuse! Congress does nothing but lip service. A lot of hot air blowing in the capital building. They could heat a city for free. Maybe ask Joe Biden about little children rubbing his hairy legs. A bunch of unclass unclean subhuman creatures running America.

I’m fed up with this rubbish of treating teenagers as if they’re retards. She’s 14, not 4. She should be brought up to already be mature enough to make her own decisions .