But yeah, MAGA people are extreme...

PORTLAND, OR – Reports are coming out of Portland that Antifa enthusiasts have been targeting pregnancy centers across the city in the wake of the Supreme Court draft opinion leak regarding the overturning of Roe v. Wade.

Pregnancy centers have always been a target for ire from radical leftists and pro-abortion crowds, as these centers provide counseling, direction, and general services for pregnant women while simultaneously affording education on alternatives to abortion.

President and founder of pro-life organization Live Action Lisa Rose shared images on Twitter of one of the pregnancy centers that were allegedly targeted by Antifa in Portland, where the images showed a center that had its windows busted out with graffiti that read “Fuck CPCs.”

Rose captioned the Twitter post with, “BREAKING: Antifa pro-abort men are attacking and putting out hits on pregnancy centers in Portland, OR. Because it drives pro-abort men to violent rage to think that women will have support to choose life.” 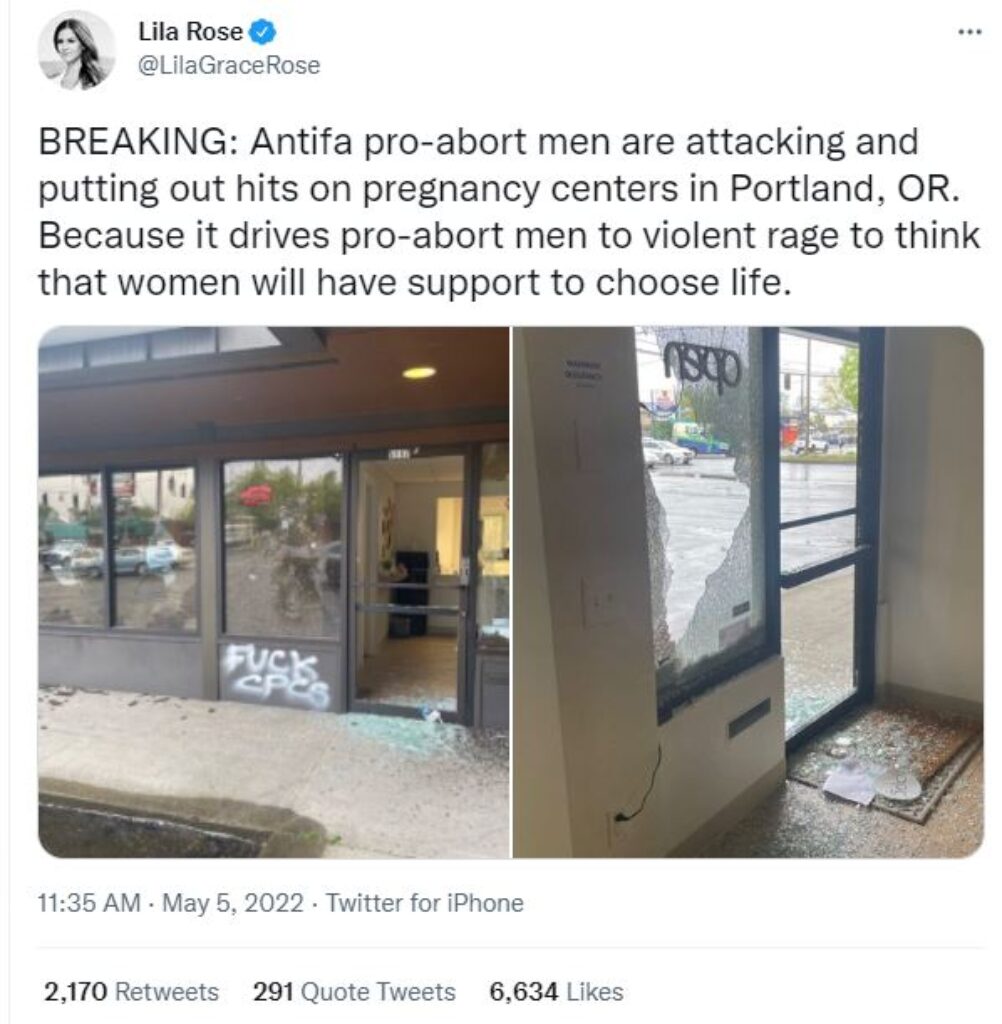 The graffiti bearing “Fuck CPCs” is a reference to “Crisis Pregnancy Centers.” Outfits like Planned Parenthood have spent years defaming these pro-life pregnancy centers “shady” and “harmful,” as noted in this November 2021 smear by the abortion providers.

“Crisis pregnancy centers (also called CPCs or fake clinics) are clinics or mobile vans that look like real health centers, but they have a shady, harmful agenda: to scare, shame, or pressure you out of getting an abortion, and to tell lies about abortion, birth control, and sexual health. Crisis pregnancy centers don’t provide abortion or offer a full range of health care, and they won’t give you honest facts about sexual health and your pregnancy options — their goal is to spread misinformation and propaganda.”

With biased smears like this coming from Planned Parenthood, it’s hardly surprising to see that Antifa would set their sights on targeting pregnancy centers in the wake of the Supreme Court draft opinion leak.

Investigative journalist Andy Ngo shared a screenshot of an Antifa enthusiast’ s social media post that shared details of where some of these pregnancy centers are located within Portland.

“Reminder that there’s a lot of pro-life ‘pregnancy crisis centers’ in Portland city limits. Some likely addresses I found in five minutes of online searching.” 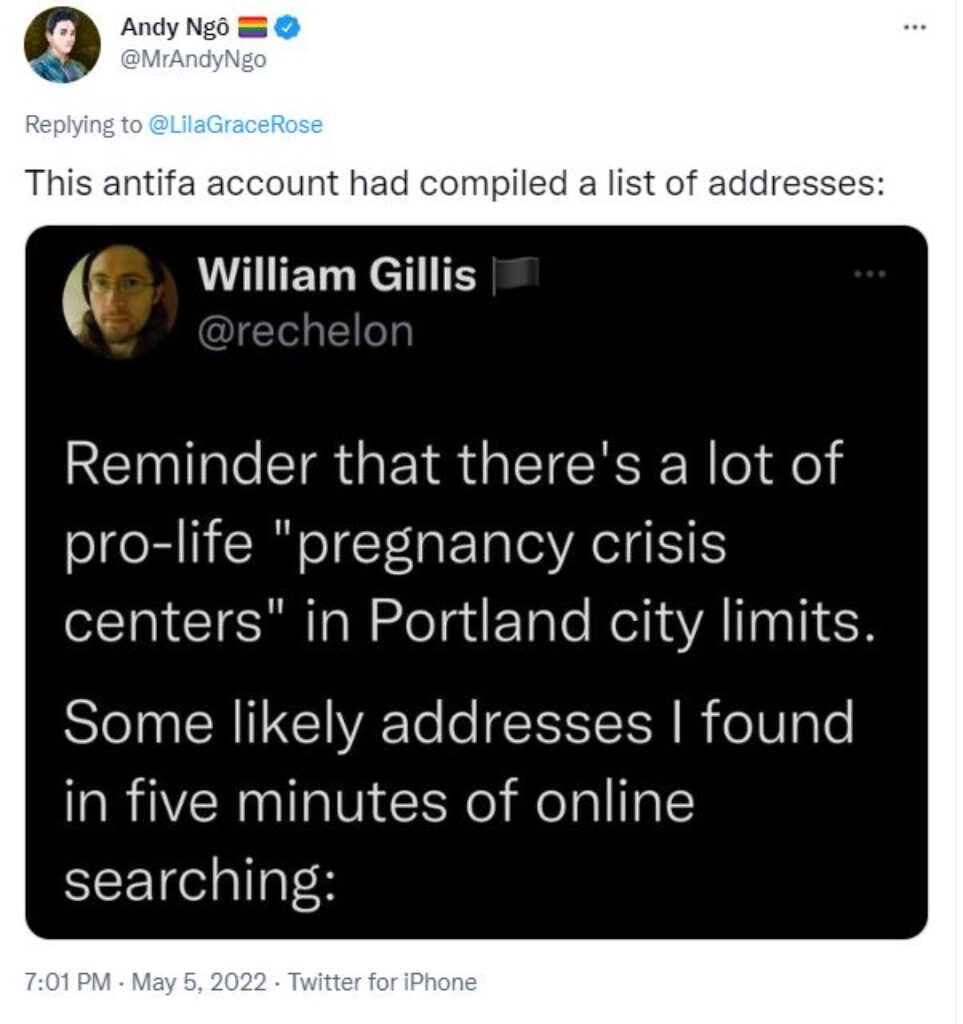 The effort to put on blast the location of pregnancy centers in Portland would be more alarming if there weren’t already entire websites dedicated to mapping out the locations of said centers nationwide, who also host the same derogatory outlook on said centers as Planned Parenthood does.

CPC Maps is the brainchild of Andrea Swartzendruber and Danielle N. Lambert, which the two are clearly pro-abortion to the extent that they decry the pro-life advocacy from these pregnancy centers as being “obstacles to accessing appropriate healthcare.”

Antifa wasn’t targeting them. They’re not smart enough to make plans like this. They were SENT there by democrats and paid to do this.

Was The CCP Spy Balloon Just A Distraction From This? [VIDEO]