It’s hardly a secret at this point that the mainstream media is avoiding reporting on Dinesh D’Souza’s recent documentary “2000 Mules,” which covers the evidence gathered by True the Vote on nefarious ballot harvesting that took place during the 2020 election.

However, it seems as though that Fox News and Newsmax are also entering the fold of news outlets avoiding the topic – as D’Souza called out the two outlets on Twitter regarding the matter.

On May 9th, D’Souza took to Twitter in response to someone asking Tucker Carlson whether he’d mentioned anything about D’Souza’s documentary “2000 Mules” during the interview for Carlson’s program where Catherine Engelbrecht of True the Vote appeared.

D’Souza claimed in his response, “I’m sorry to say Tucker Carlson and his team specifically instructed Catherine Engelbrecht of True the Vote NOT to mention the movie.” 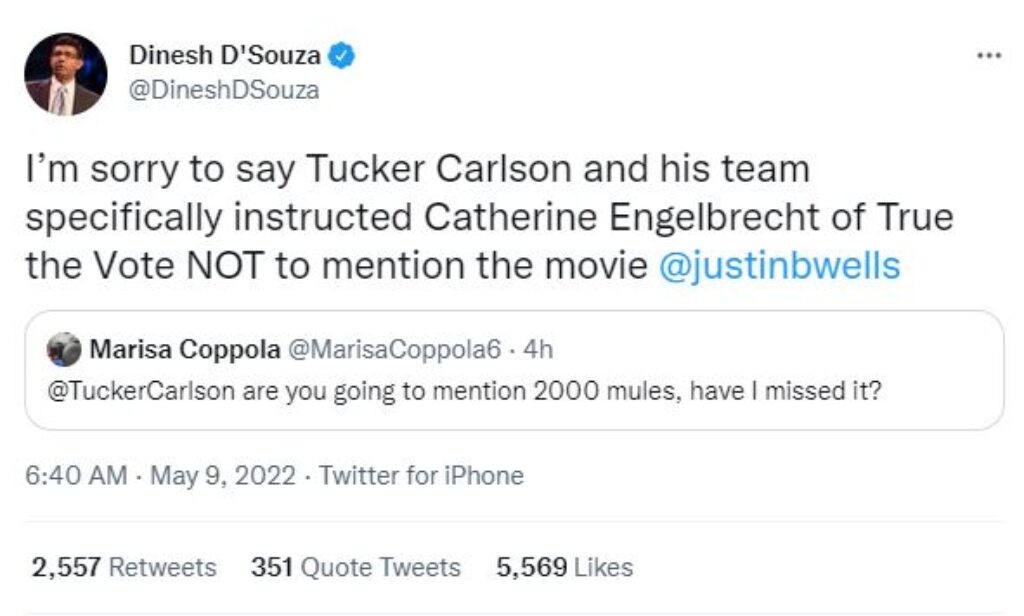 Roughly one hour after calling out Fox News, D’Souza then alleged that Newsmax was also up to the same trickery with avoiding any coverage of his latest documentary, writing, “[By the way, Newsmax] is also blocking coverage of ‘2000 Mules.’ I was booked on Grant Stinchfield’s Newsmax show and then the network cancelled on me. Criticize the move if you like, but why isn’t this a legitimate news story? How can so-called news networks pretend it doesn’t exist?” 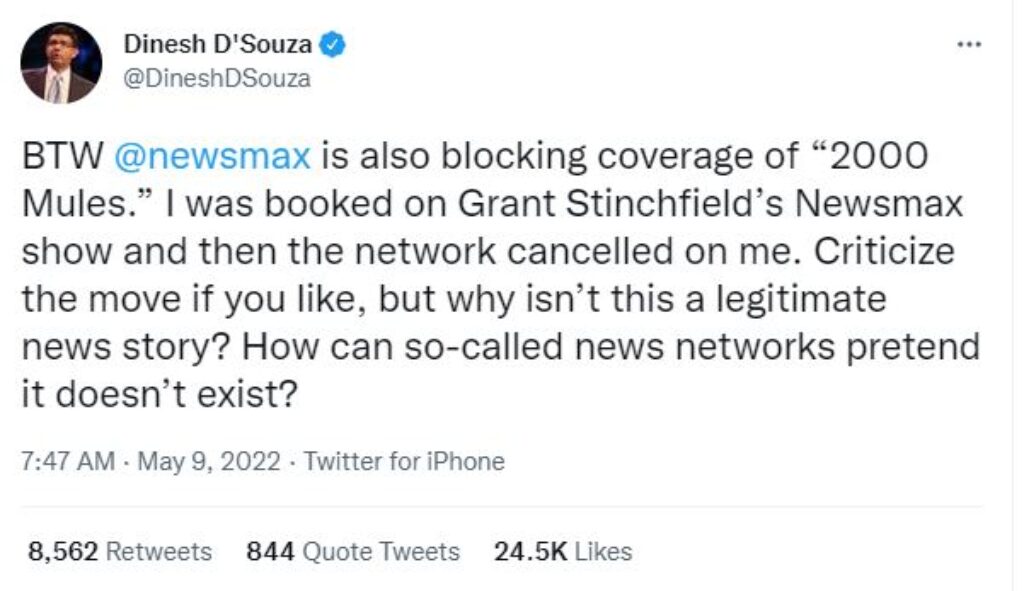 In the days leading up to when the documentary debuted, mainstream media news outlets were quick to trot out the trope of the 2020 election being one of the most secure elections in our nation’s history, with the Associated Press [1] claiming D’Souza’s film “uses a flawed analysis of cellphone location data and ballot drop box surveillance footage.”

More specifically, the Associated Press report meant to cast doubt on D’Souza’s film claimed that the evidence gathered and reviewed by True the Vote is “based on faulty assumptions, anonymous accounts and improper analysis of cellphone location data, which is not precise enough to confirm that somebody deposited a ballot into a drop box, according to experts.”

D’Souza clearly has been keeping up with the reports trying to malign his latest documentary, as he posed a question about why the CDC would be using cellphone location data during the pandemic if it were as unprecise as asserted by these self-proclaimed fact-checkers.

“The CDC is geotracking people to see if they are social distancing. If geotracking were not highly precise and accurate—as the bogus ‘fact checkers’ claim—how could the CDC use it to determine if people are standing 6 feet apart?” 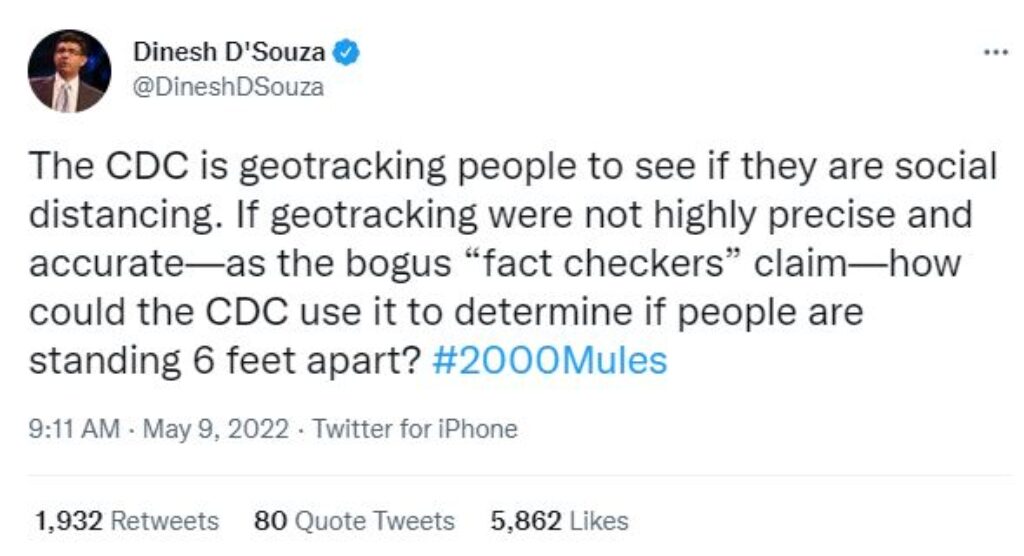 Earlier in May, we at Red Voice Media [2] reported on how the CDC had forked over $420,000 to data broker SafeGraph in 2021 to get their hands on cellphone location data in order to monitor “curfews, neighbor-to-neighbor visits, visits to churches, schools and pharmacies,” and a host of other aspects, according to cybersecurity researcher Zach Edwards