“That's just wild. All they needed was watermelon, grape soda, and chicken to top it off.”

NEW ORLEANS, LA – A monument-scaled sculpture of an afro pick hosting a stylized “black power” fist as a handle was established in New Orleans recently, situated in Lafayette Square. The purpose of this 24-foot tall monument, apparently, is to celebrate black culture and commemorate the black power movement.

It’s, frankly, almost comical: The city of New Orleans is looking to celebrate black American culture and they settle on literally a giant afro pick.

Hank Willis Thomas is the artist who reportedly created the piece, which rests across St. Charles Street from Gallier Hall, the former City Hall, which is part of a larger “Monumental Tour” – which is a travelling exhibition of various art pieces composed by black artists.

MORE NEWS: Tucker Carlson Hails Fall of Roe: ‘Voters Get to Decide How They Want to Live’

Two other large-scale art pieces are part of the exhibition, with one being “a sculpture of enormous metal hands,” and the other being “a conceptual artwork by Coby Kennedy in the form of a transparent jail cell.”

According to the Monumental Tour’s website, all three of these sculptures were provided via the New Orleans Office of Cultural Economy, the Essence Festival of Culture and the Kindred Arts organization, where all three will remain in New Orleans until July 12th when they’ll be headed to their next destination.

New Orleans Mayor LaToya Cantrell took to Twitter on June 17th, applauding the enormous afro pick situated in the city, captioning a photo of the piece with, “Breathtaking.” 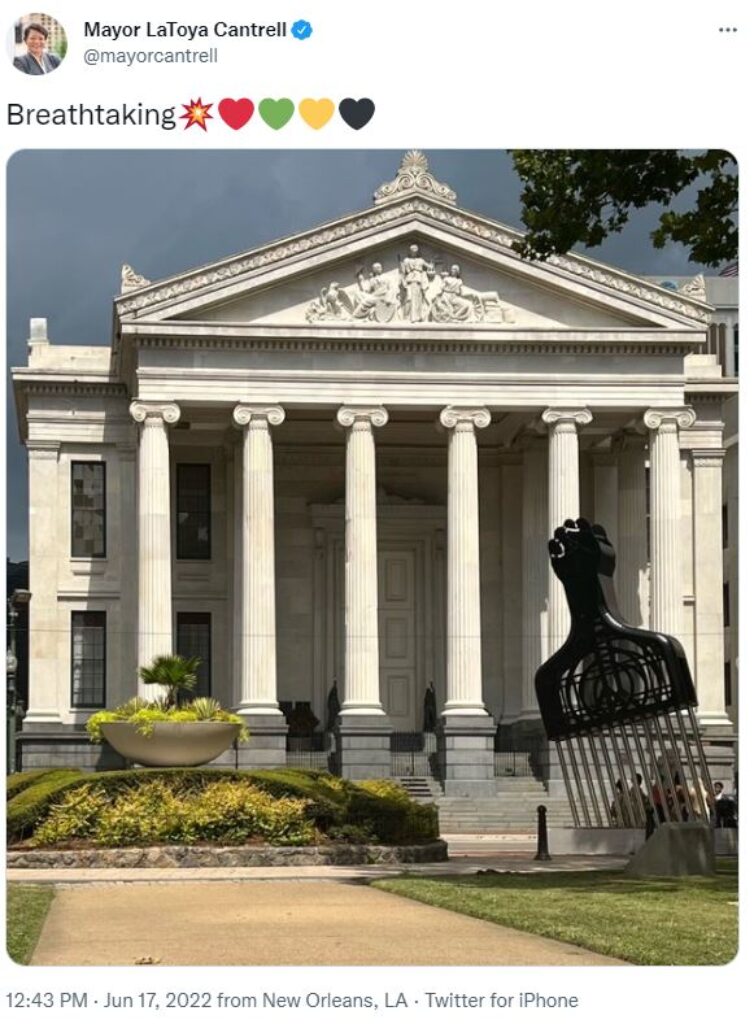 A spokesperson from the mayor’s office, who wouldn’t comment on how much these pieces cost, stated that the “sculpture is very fitting for this time and place,” citing the unveiling occurring near Juneteenth and claiming how the giant afro pick conveys the “fight and struggle for equality, respect and freedom” for black Americans.

Now this may come as a shock, but there are some black folks who aren’t exactly amused with a giant afro pick being used as a means to celebrate black culture – especially in New Orleans, of all places.

One Twitter user opined, “New Orleans has one of the richest Black American cultures in this country, and this is idea they signed off on.”

Another user was not thrilled with the afro pick sculpture, writing, “Wtf is this? You really let someone do this? What’s wrong with you, ma’am?” One user responded to the peeved woman, also seemingly befuddled that an afro pick was settled upon as a sculpture, with the woman adding on with, “That’s just wild. All they needed was watermelon, grape soda, and chicken to top it off.” 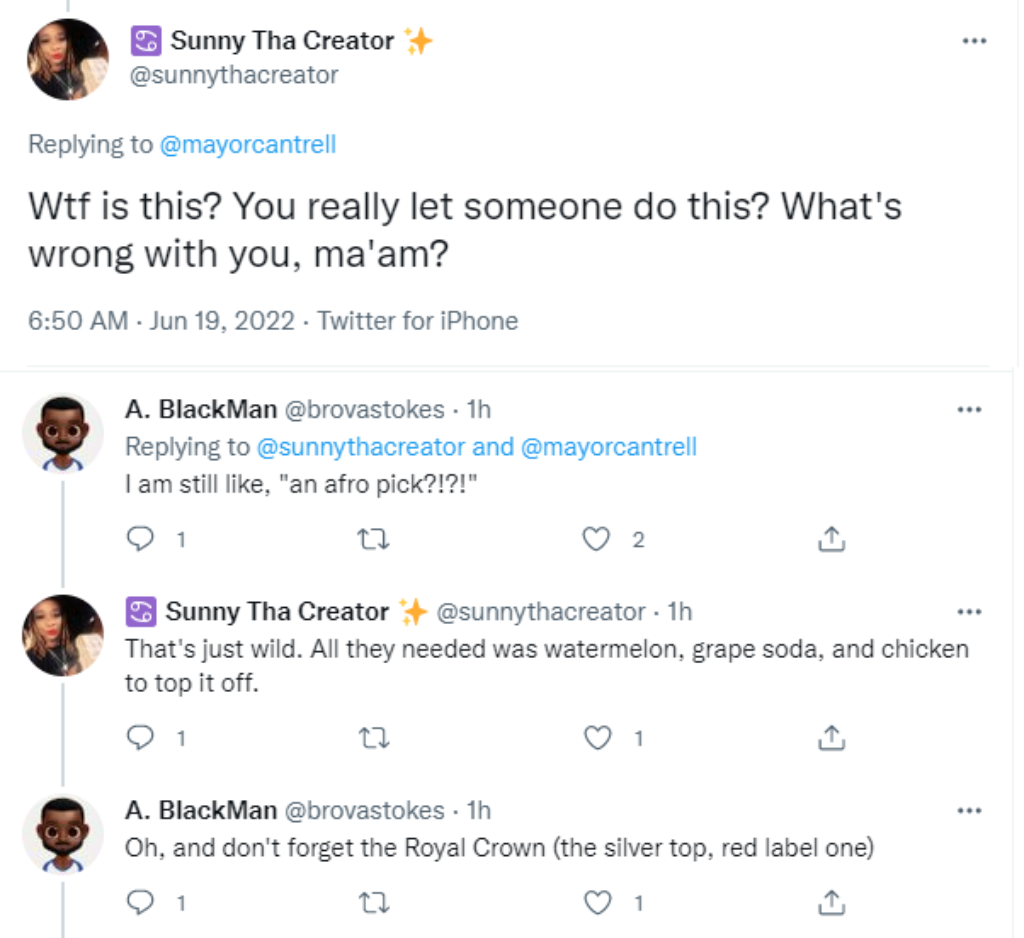 The general consensus it seems is that the sculpture was not only tasteless, but it was also sorely lacking in any creativity, as one Twitter user wrote, “Is this really the symbol of our freedom, an Afro pick? My have we no creativity, sense of beauty, or thoughtfulness. I’d be embarrassed to be the one celebrating this thing.”