Even Nancy Pelosi has refused to get on board.

While the President was right about the upcoming travel season, his tax holiday would only save people around 18 cents a gallon. As experts have explained, that only amounts to about $10 to $12 of savings a month.

Although the White House and Democrats believe the tax holiday is exactly what Americans need (even though Nancy Pelosi has refused to endorse the move), back in 2008, Barack Obama completely obliterated the idea. In the video below, Obama stated, “We’re arguing over a gimmick to save you half a tank of gas over the course of the entire summer so that everyone in Washington can pat themselves on the back and say that they did something. Well, let me tell you something. This isn’t an idea designed to get you through the summer. It’s an idea designed to get them through an election.”

While the country deals with record high inflation, food shortages, and a looming recession, White House Press Secretary Karine Jean-Pierre seemed to struggle when it came to defending the President and his tax holiday. “He took actions … with the gas tax, holiday gas tax, the way that he sees it, is it’s a direct, straightforward way, to deal with something that the American public is … really not feeling any relief right now at the pump.” 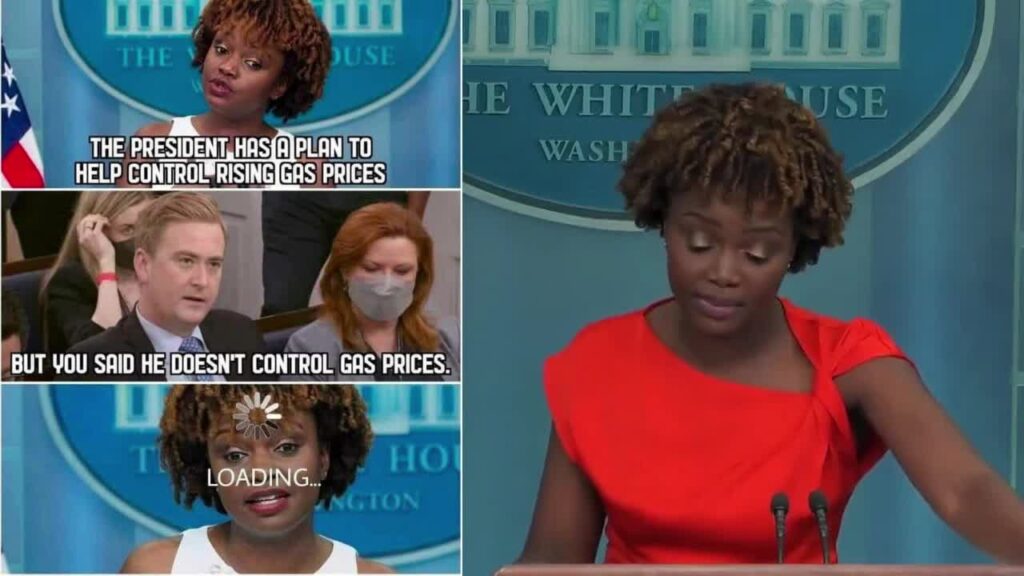 Even the chair of the House Committee on Transportation and Infrastructure, Rep. Peter DeFazio, who is a Democrat, couldn’t see how it would help Americans. “Although well-intentioned, this policy would at best achieve only minuscule relief while blowing a $10 billion dollar hole in the Highway Trust Fund that would need to be filled if we want to continue to fix crumbling bridges, address the spike in traffic deaths, and build a modern infrastructure system. Furthermore, encouraging state governments to suspend their gas taxes undermines the impact of the Bipartisan Infrastructure Law by reducing funds available to states to spend on infrastructure improvements.”

Either way, Senator John Thune, who is currently the second-ranking Republican in the Senate, revealed that the gas tax suspension was “dead on arrival” as it would do nothing for Americans. “What the administration, of course, is coming up with is yet another gimmick, another Band-Aid and something they know is dead on arrival up here in Congress.”

OMG!!! These People Really ‘Trust The Science’ And ‘The Experts’ Inside Their TVs [VIDEO COMPILATION]