DALLAS, TX – A perverse display was front and center at a gay bar in the Lone Star State on June 4th, where numerous children (some who appeared to be toddlers) were present at a hyper-sexualized drag show [1].

This unsettling display occurred at the Mr. Misster gay bar [2] in Dallas, which touts itself as a “crafty cocktail lounge” that hosts a “drag brunch [3]” every Saturday. Large neon signage from within the establishment bore such phrases as “It’s Not Gonna Lick Itself” and “I Licked It So It’s Mine.” 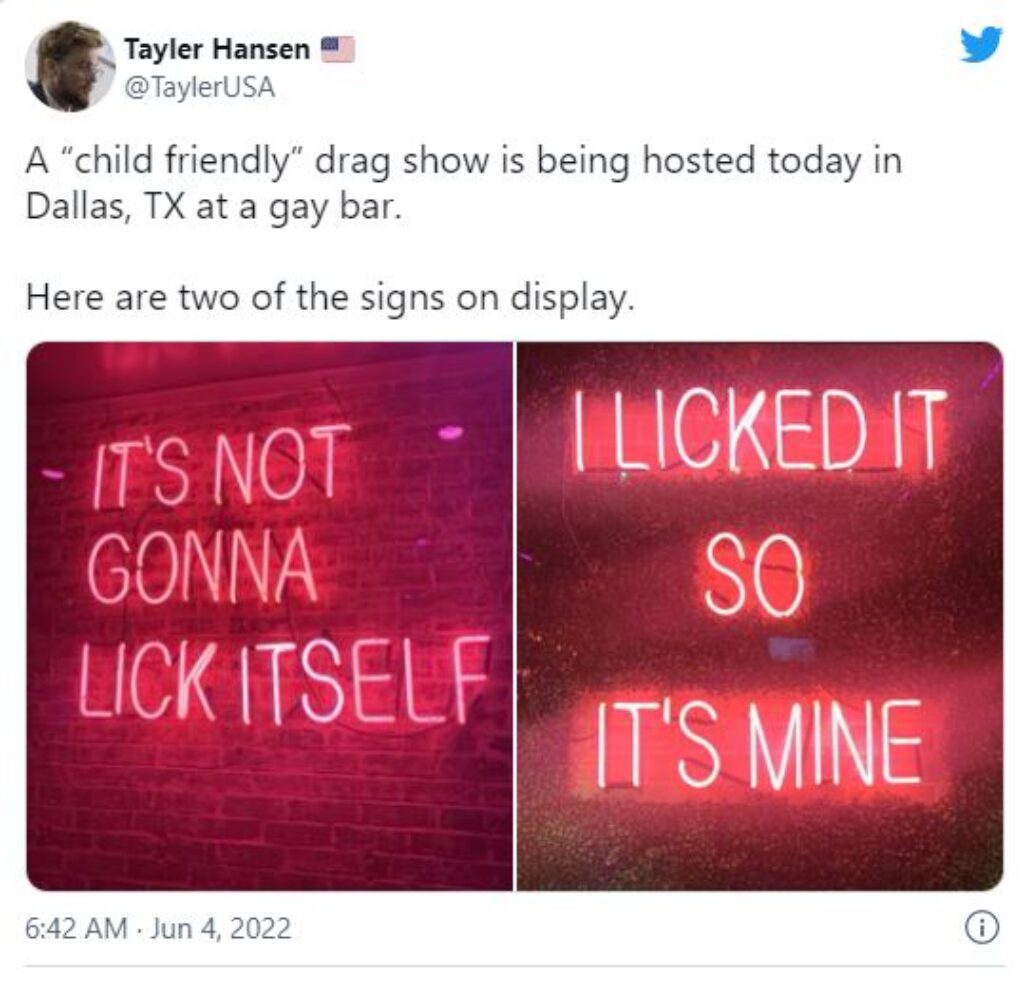 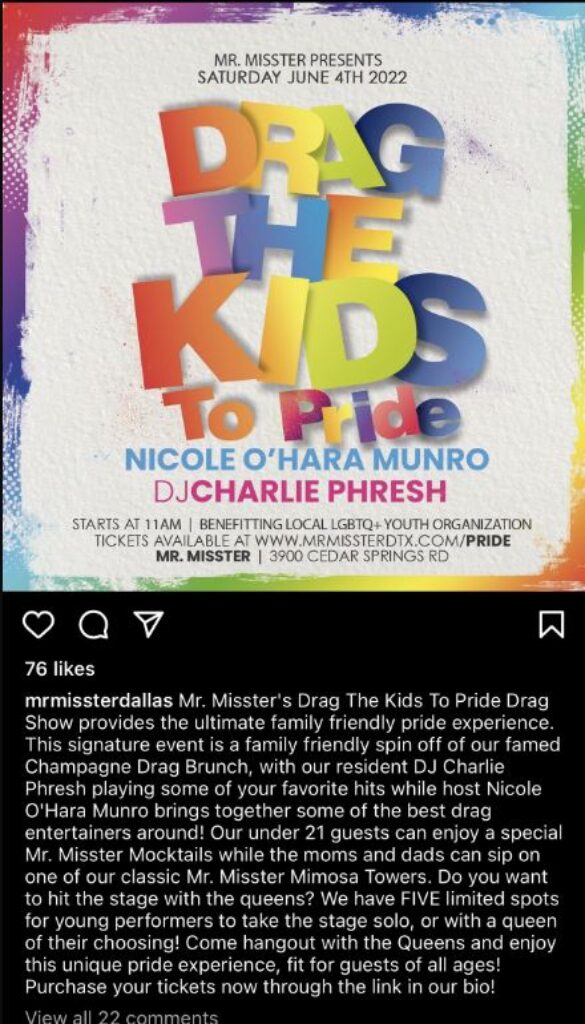