"Wooooo, when you when you read page four, baby, you know you're not in Kansas anymore."

“Biden said, I’m already planning a climate emergency by executive order. That means dictatorial order. And he said in a few weeks, we’ll make the announcement. He hasn’t had the press conference yet. But I have right here. In my little paws, the document. Before the show, I only had time to read half of it. It just came out an hour ago. And it is devastating. The document is 50-something pages long. But when you go to page four, I just got a massive chill. Wooooo, when you when you read page four, baby, you know you’re not in Kansas anymore.” Alex Jones, February 2022 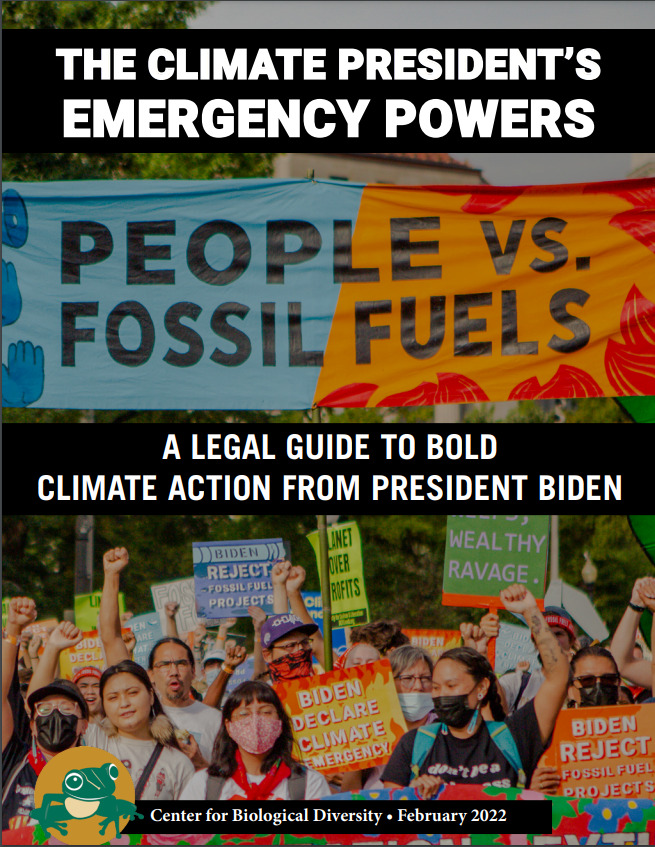 Below is the Executive Summary of the above document. You can read it in its entirety here.

“The United States and the world face a profound climate crisis. We have a narrow moment to pursue action at home and abroad in order to avoid the most catastrophic impacts of that crisis and to seize the opportunity that tackling climate change presents.” – U.S. President Joe Biden, Jan. 27, 2021

The climate emergency presents a “code red for humanity,” and its devastating impacts are already here. More than 40% of Americans live in a county hit by climate-related extreme weather last year. At least 656 people died as climate-driven disasters including wildfires, heat domes, deep freezes and hurricanes ravaged the country, costing upwards of $100 billion. These disasters capture only a fragment of the climate emergency’s global impact: intensifying food insecurity, climate migration, political unrest and irreversible biodiversity loss.

Fortunately President Biden has the tools to lead a tectonic shift. Now is the moment for Biden to turn the page on a first year marked by stalled climate legislation and fossil fuel expansion. The president possesses unused executive pathways — through both ordinary and emergency executive powers — to protect the country from increasingly dire climate threats and build a just and regenerative energy system.

A course change is crucial. Largely through burning fossil fuels, we’ve already heated the planet about 1.2 degrees Celsius above preindustrial levels — enough for 80% of the United States to experience a heat wave last year. Scientists expect sea levels on U.S. coasts to rise a foot in the next 30 years. To avert far worse climate consequences and limit warming to 1.5°C, the target of the 2015 Paris Agreement, climate science makes clear that all governments must significantly replace fossil fuels with renewable energy by 2030. Instead the Biden administration has galloped past Trump in its approvals of oil and gas drilling permits on federal lands and held the largest offshore lease sale in U.S. history.

Climate change is a compounding crisis. Every delay makes it worse and harder to solve. It breeds glaring injustice, with Black, Latino, Indigenous, Asian American and Pacific Islanders, and other communities of color and low-wealth communities experiencing the gravest impacts. Unless we ignite a technological and economic transformation now, we will spiral toward a dangerous and increasingly unlivable planet.

By declaring a national climate emergency, Biden can unlock emergency executive powers already granted by Congress to aggressively combat the crisis. This paper identifies five key climate actions the president can take using three emergency and defense framework statutes: the National Emergencies Act, the Defense Production Act, and the Robert T. Stafford Disaster Relief and Emergency Assistance Act. This discussion complements the Center for Biological Diversity’s 2019 legal report, which identified the most significant ordinary executive powers that could be used for bold climate action — including a permanent end to the federal fossil fuel leasing and drilling program.

Below is page four that had Alex going ‘Wooooo…’ 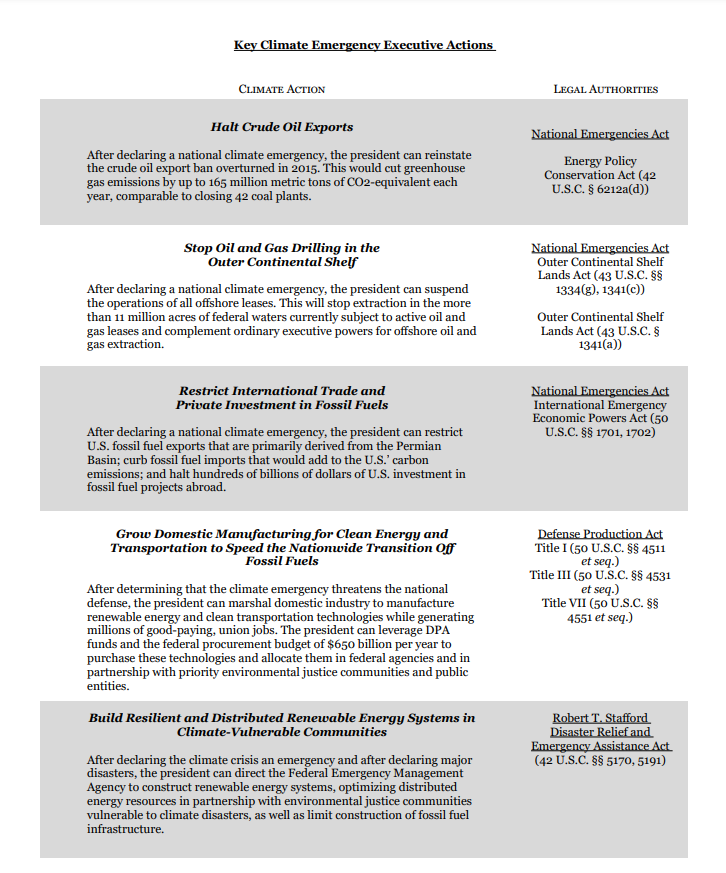 If you want to know what some of the real costs of all this are, check out the video in the link below…

It is the wierdest thing. I swear when listening to Biden giving the prepared speech, it feels like it was composed by Obama. The word structure and usage is not coming from Slow Joe.