The majority of White Supremacists are on the Left. Change my mind.

On June 30th, former NBA player Rex Chapman took to Twitter to unleash a flurry of tweets aimed at Supreme Court Justice Clarence Thomas – with the bulk of the thread being a hodge-podge of racist tropes and bizarre speculations.

If there was anything to demonstrate just how racist so-called progressives and liberals are, one needn’t look much farther than the aftermath of the Supreme Court overturning Roe v. Wade and seeing some of the vitriolic racism being gleefully posted that’s been aimed directly at Justice Thomas.

In the wake of the Supreme Court overturning Roe v. Wade, progressives – undoubtedly ones who were outraged over the Joe Rogan “n-word” controversy – suddenly felt emboldened to start referring to Justice Thomas in some of the most unsavory terms. 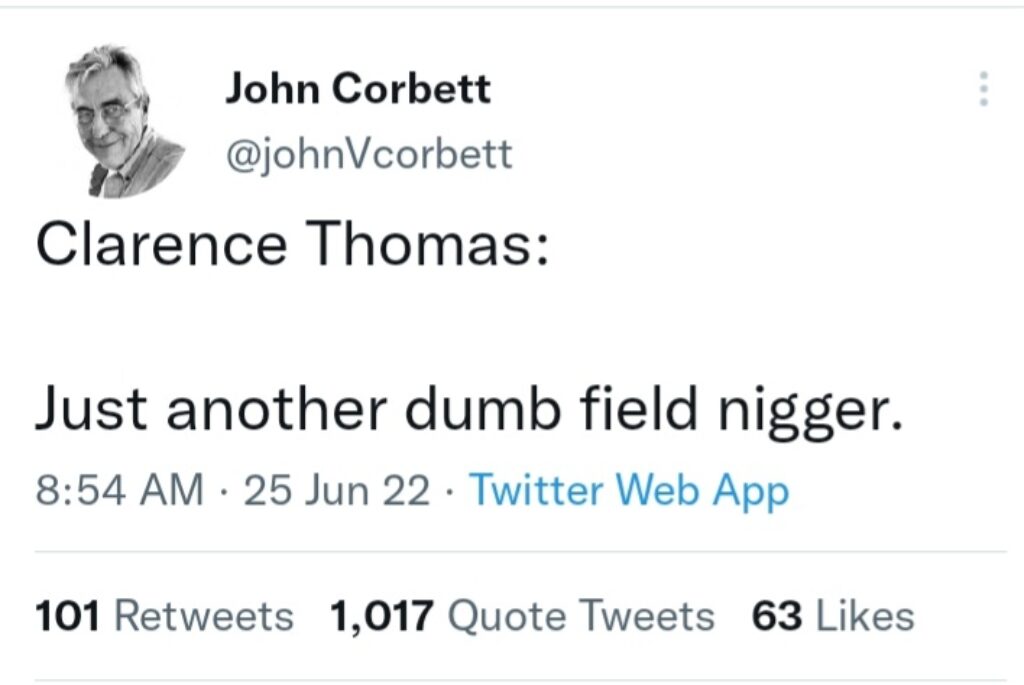 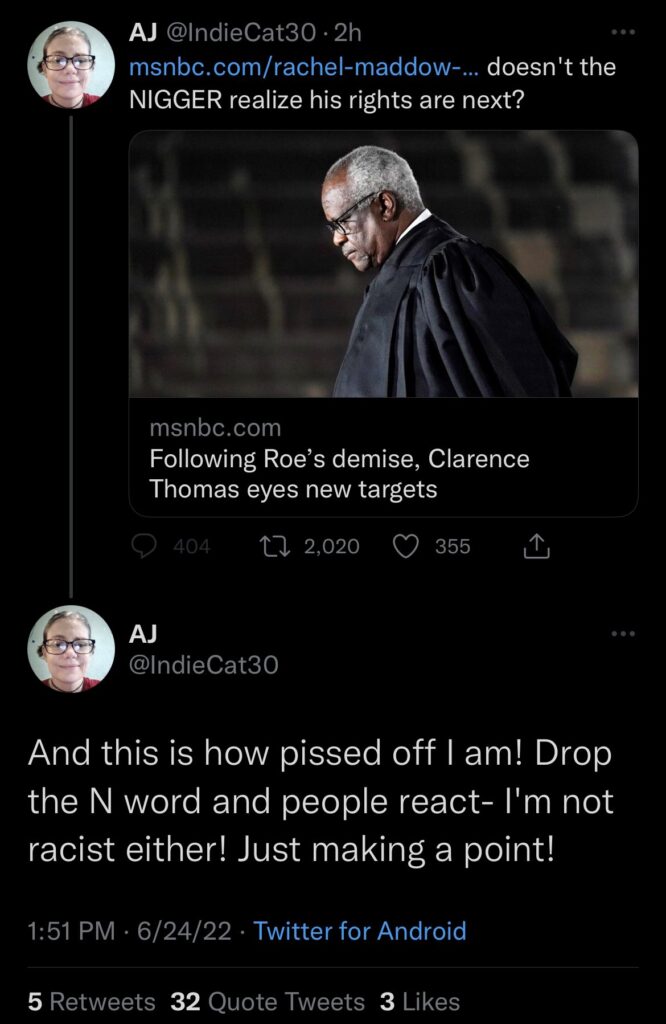 The above featured social media posts are a mere iota of what these purported progressives have been broadcasting – again, likely the very same breed of progressives who undoubtedly were emblazoning their social profiles with “Black Lives Matter” and black fist emojis in 2020.

Then there’s former NBA player Chapman, who retired from the sport in 2000 and later endured legal troubles over shoplifting roughly $14,000 worth of merchandise from an Apple store in Arizona in 2014. 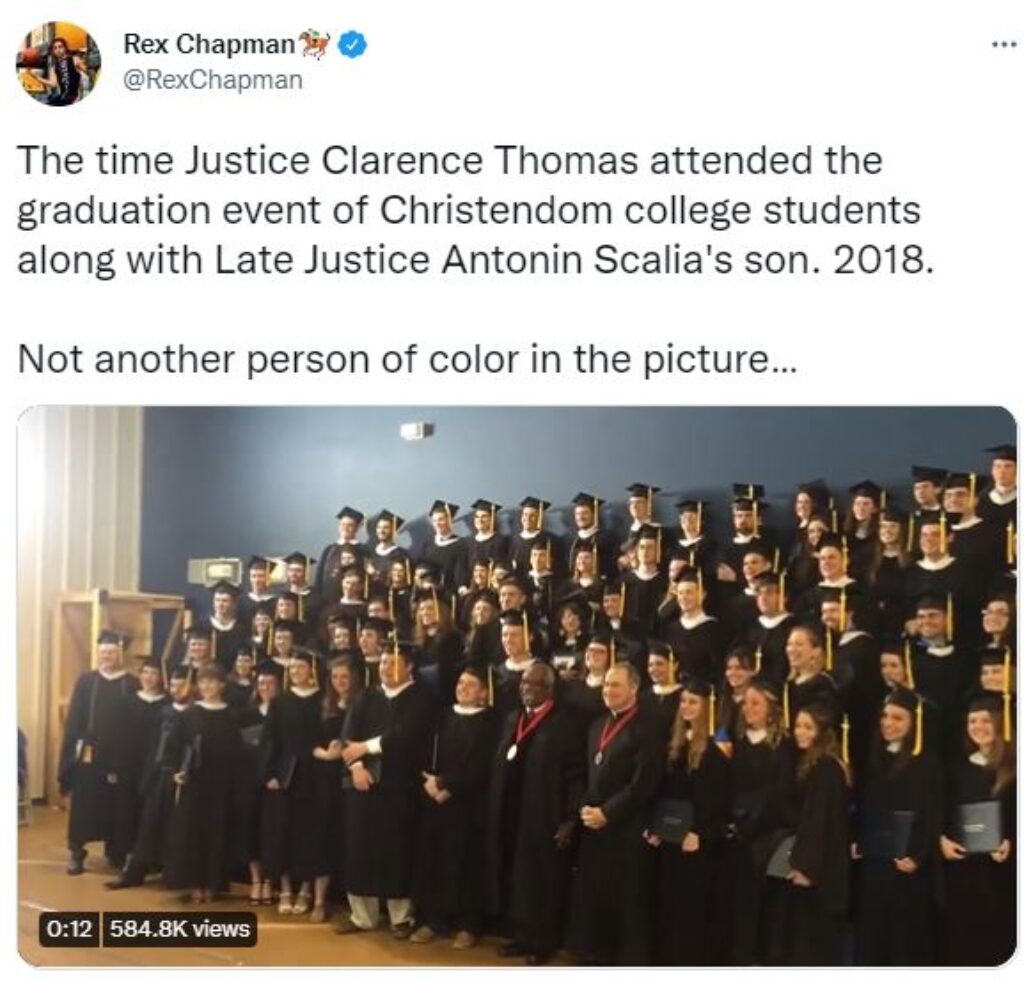 The thread continued to devolve from there, with Chapman adding, “Such a champion,” and strangely speculating, “I think the thing I think is most funny about this is that these white kids and their parents view this as their entry into black America.”

For reasons beyond comprehension, Chapman then declared that “Clarence Thomas would last 20-30 seconds in an NBA locker room,” as if suggesting that a 74-year-old man being unable to physically fend off elite athletes in their 20s and 30s is somehow something to brag about.

But Chapman showed his mask-off moment in the Twitter posts thereafter, writing, “Why have you never seen Clarence Thomas at an NBA game? As in — ever,” and following that up with, “Bill Clinton used to come to our games in Landover with the Bullets. Clarence Thomas – never.” 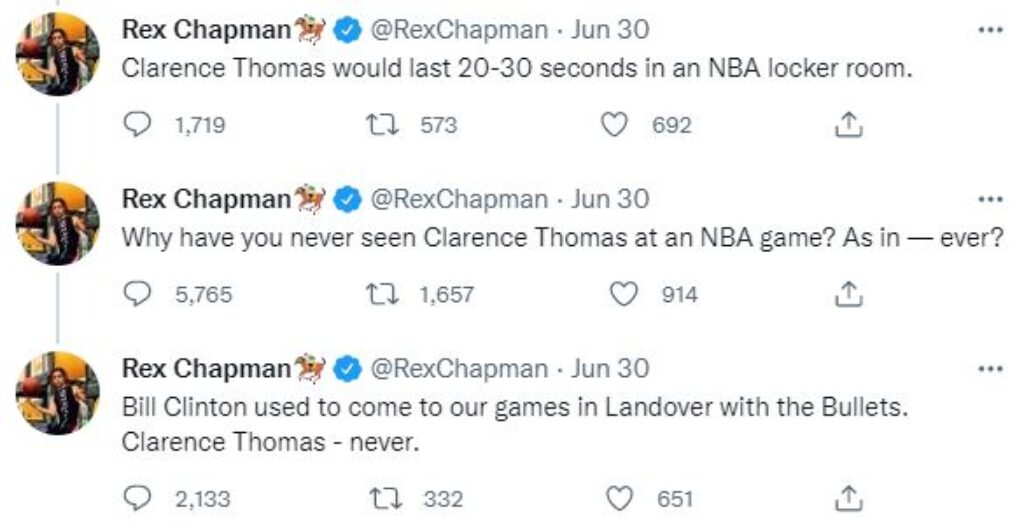 According to Chapman, apparently, someone is only truly black if they fancy and/or play basketball. The brazen nature of Chapman’s remark would fit perfectly alongside any other racist trope – i.e., if Chapman were to ask if anyone had ever seen Clarence Thomas downing 40 oz malt liquor or sipping on some grape soda.

Who cares? Whose he anyway? Rubbish story.