Instant Regret! Bank Gets Woke & Customers Revolt! – Then They Made It Worse! [VIDEOS] 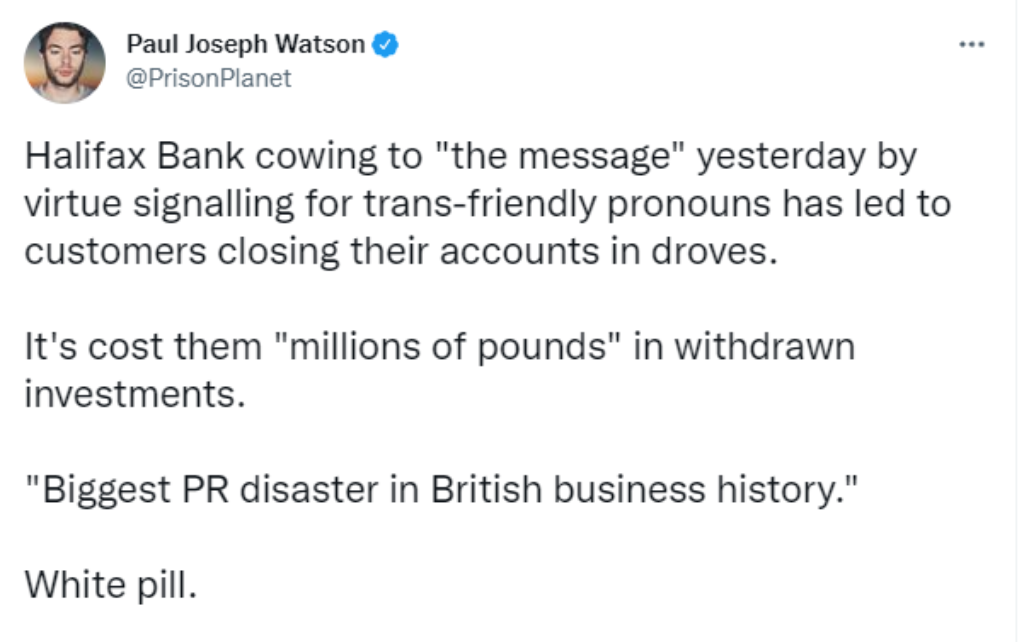 More from Paul Joesph Watson later, but first, let’s take a look at what Jeremy of The Quartering had to say in the video below. Check it out:

He says they’ve lost hundreds, perhaps thousands of customers because of their woke virtue signaling. Below are just a few examples of the reactions to the bank bending the knee to the woke pronoun posse… 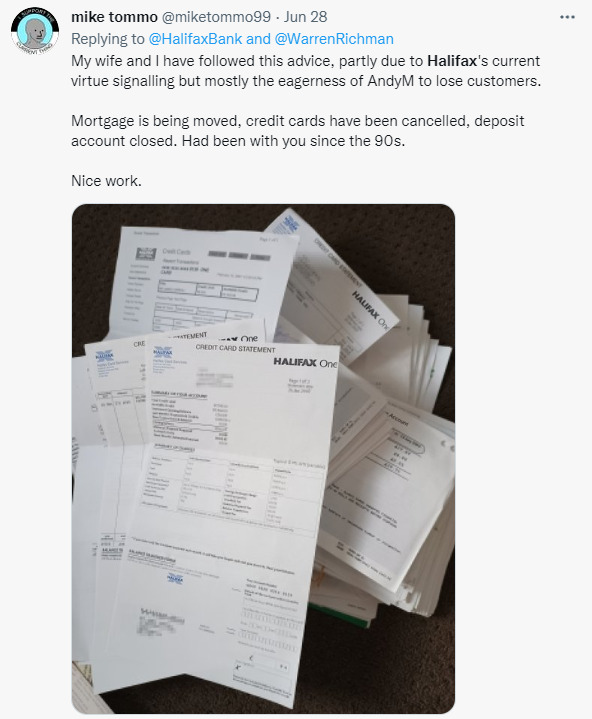 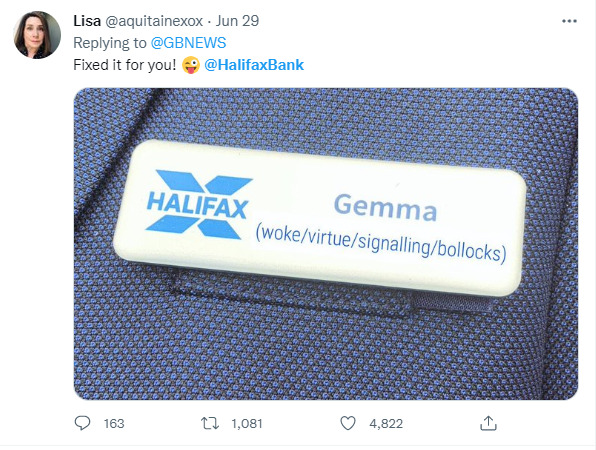 Apparently, they’ve never heard “Go Woke. Go Broke” before because they decided to double down and make things worse for themselves.

As promised above, more on “Biggest PR disaster in British business history” from Paul Joseph Watson in the video below. Check it out:

A thousand years ago when merchants could not even read they knew not to incorporate religion and politics into dealings with their customers.
Todays business men and women are engaged in business practices that are so stupid that they are unfixable.

good to see there ARE normal people out there!

Losing that many customers is meaningless if you do not qualify it. Please tell us what percent of their customers left! If a few hundred or more leave is that less than .01% less that 1%? 25%? You see how meaningless your story is without qualifying it!!

It’s not how bad you hurt them but how you are standing up for what you know is right. The people with all the money are the one’s doing all this. But even if your not rich you still need to do something or your just going along.

Vermin ALSO infest this bank, banks ARE NOT your FRIENDS folks, never have been!!
Become an owner and switch your accounts to your LOCAL CREDIT UNION!