Masks Are Hazardous & Don’t Work, This Has Been Known For Decades – Dr. Simon Goddek

"They claimed that masks don't work and are potentially harmful until 2020 and then claimed the exact opposite since March 2020 to gaslight and deceive the general public."

A study published in Nature shows what’s already been known for decades: masks get quickly contaminated with pathogenic bacteria and fungi. 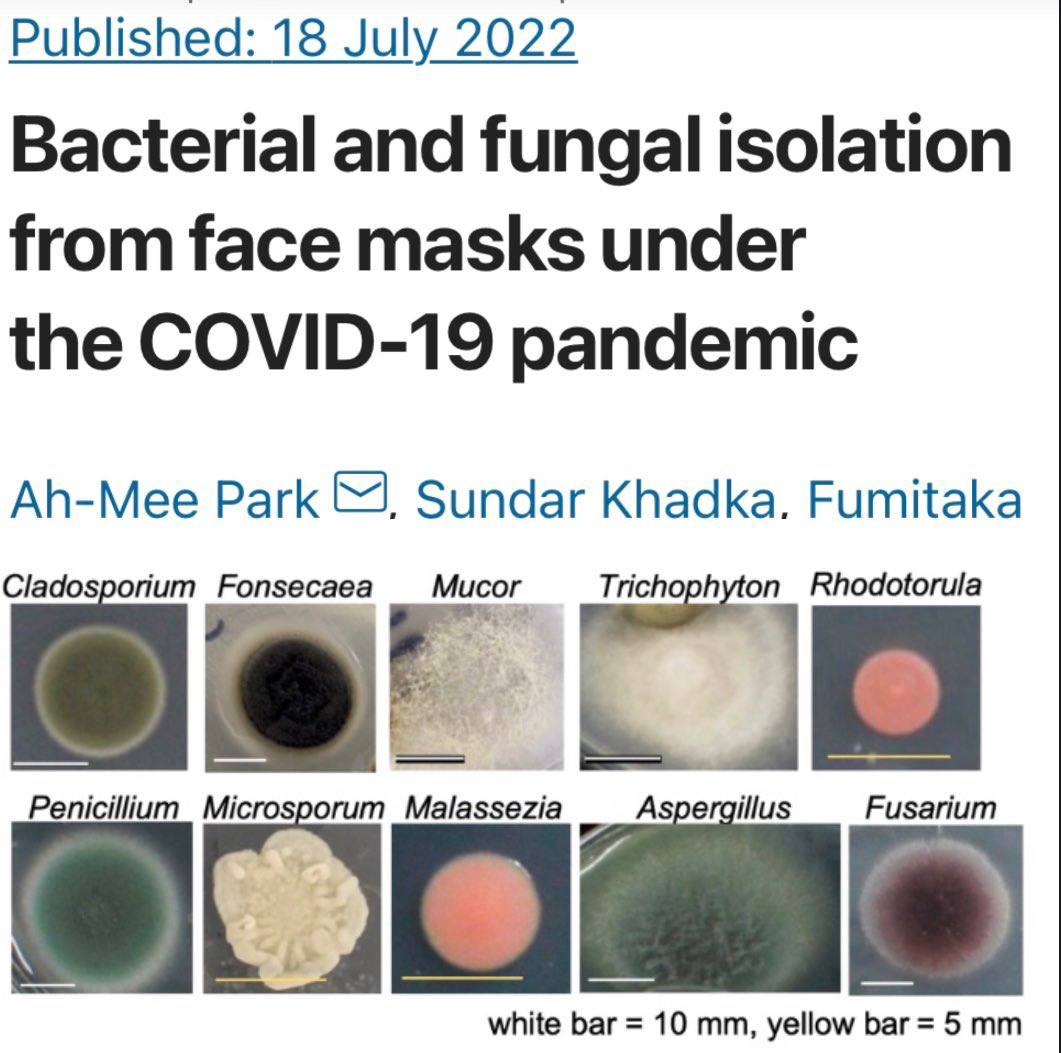 Wearing masks consequently leads to direct exposure to bacteria and fungi constantly being inhaled. This is particularly alarming since Aspergillus, Cryptococcus, Pneumocystis, and endemic fungi are major pulmonary fungal pathogens that can result in life-threatening invasive diseases.

Those who still claim that the benefits outweigh the risks should look at the size of mask pores and viruses. Masks neither stop bacteria nor fungi; how should they be able to stop particles that are even much smaller?

As stated above, this has been common knowledge for decades, and yet they’re implementing such harmful policies. In my opinion, the main persons responsible for this are “state virologists” such as Fauci and Drosten. They claimed that masks don’t work and are potentially harmful until 2020 and then claimed the exact opposite since March 2020 to gaslight and deceive the general public.

Dr. Simon Goddek has a PhD in biotechnology. His research focuses on food production systems, the human metabolism (vitamin D, gut health, etc.), and the domain of system thinking. Simon was one of the leading scientists who debunked Drosten's fraudulent PCR test. In his Telegram channel he exposes pseudoscientific hypotheses and corrupt public-private partnerships. Dr. Simon's new show is a podcast about sun, science, and self-sufficiency. Here on Red Voice Media, he also provides exclusive Premium content you will want to see. Support Dr. Simon, try Premium for just $1.

Am immeđiately §ending this to my MP and then some! 💫🕊💫

Humans need sops; the covid mask is a sop.

WHAT IF?
What if the CDC and WHO actually WANT RESPIRATORY ILLNESSES TO SPREAD?
Then, masks work wonderfully.

My C02 is elevated now (bloodwork has documented it)
Recently, when
I sought care from an acupuncturist
they informed me that I could waive mask requirement
with a doctor’s documentation
When I provided it, they told me to seek care elsewhere
To say I was shocked would be mild given I had been
in her care before, but my physician was even more
shocked.
Her callous disregard is reflective and proof of what is now
happening

Masks are about control and nothing else!

Masks are not just to control, they’re also forced upon U.S. to literally bring their draconian narrative alive, via satanz’ deceptionz’; masks are the precursor for acceptable murder, a preparation for their deadly jabs’ –