"Don't get another shot because it is causing that immune suppression that's allowing those cancer mechanisms." 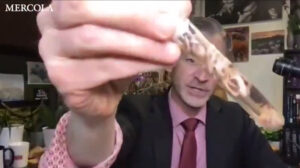 My wife was cancer free, then 6 months later she was at stage 4 cancer. She got the booster.

Hunter Biden Bombshell Leak: They’re Not Telling You Everything [VIDEO]