Fox News host Tucker Carlson unloaded on recent reports detailing how the Biden administration is selling off America’s oil from the Strategic Petroleum Reserve (SPR) to foreign countries like China and India, saying that Biden should be impeached [1] for such an affront.

In a July 5th report from Reuters [2], it reads that over “5 million barrels of oil” which were specifically tapped into by the Biden administration to help Americans with gas prices stateside “were exported to Europe and Asia last month.” These exports occurred while gas prices were reaching record-level highs in the United States.

While Biden is handing out oil from the SPR to foreign countries, he was simultaneously demonizing gas station operators [3], telling them, “Bring down the price you are charging at the pump to reflect the cost you’re paying for the product. And do it now.” 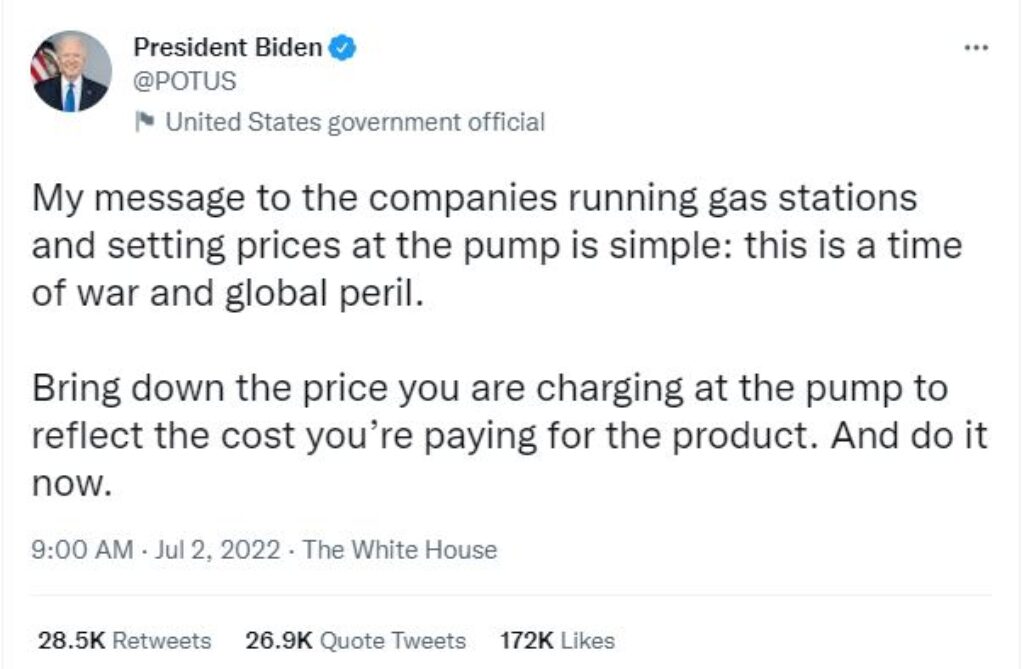 Even Jeff Bezos called out Biden’s ridiculous call to action, responding to the president’s Twitter post by saying either Biden is being intentionally misleading or lacks an understanding “of basic market dynamics.” 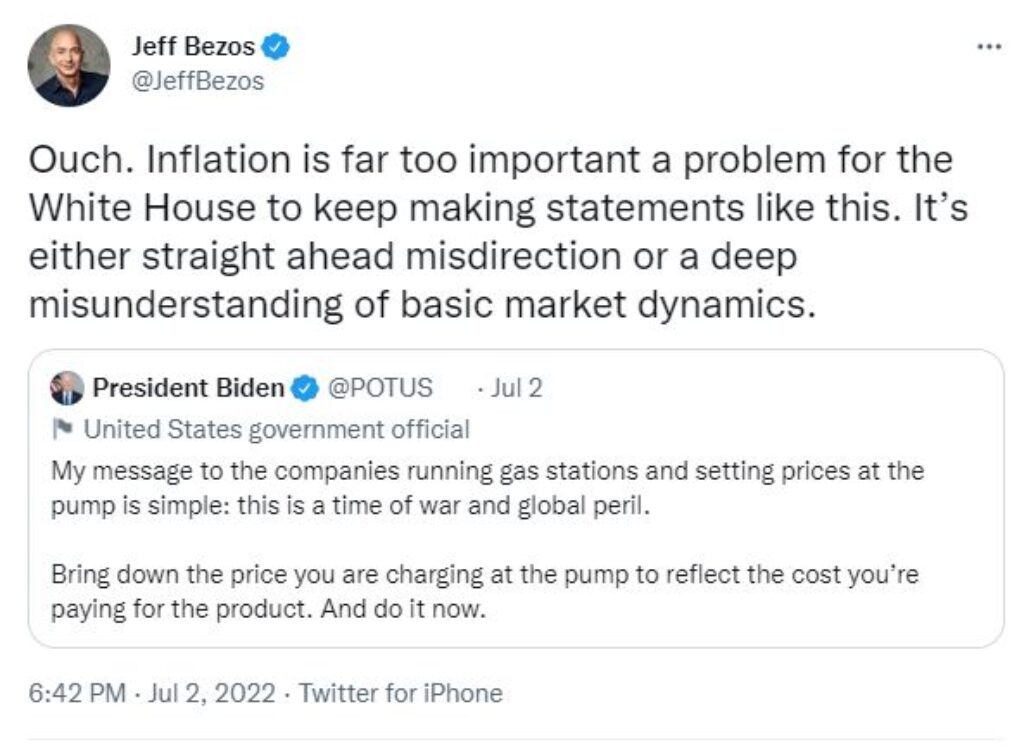 But aside from Biden’s seeming ineptitude regarding economics, Carlson highlighted the backwards nature of Biden using SPR oil – oil meant to be used in emergency situations specifically for Americans – to ship off to other countries.

“Since Joe Biden started releasing all this oil from our reserves – which he does not own,  you do, we do – what has happened to gas prices? They haven’t dropped, they’ve kept going up. In mid-June, the price of both regular unleaded and diesel critically hit all time highs, well over $5 a gallon nationally. How could this be? It really was a mystery. It violated the most basic rules of economics.

“But now thanks to a new report in Reuters, we know why. It turns out the oil being released isn’t for us. It’s going to India and China. According to Reuters, and we’re quoting ‘More than 5 million barrels of oil that were part of a historic U.S. emergency reserve release to lower domestic fuel prices were exported to Europe and Asia last month.’

“The piece continues quote, ‘Cargoes of SPR crude,’ oil from our reserves, ‘were also headed to the Netherlands into a reliance refinery in India, an industry source said. A third cargo,’ buckle your seat belt, ‘headed to China.’ To China. So as gas prices set records in this country, as American citizens who were born here and vote and pay taxes cannot afford to fuel their own cars, the Biden administration is selling off our emergency oil reserves to China.”

The Fox News host was baffled at the revelation, adding, “That’s not an indictable offense? It’s certainly an impeachable one. And they should impeach him for that.”

Emphasizing the gravity of Biden shipping the SPR oil to foreign countries, Carlson remarked, “Are they going to sell the Redwood Forest to China next? How about the water rights to the Great Lakes? That’s the equivalent of what he just did.”