"So even though Gay Pride month is over, pedophiles, lusting over children never ceases."

Owen reveals the depths of the hell that LGBTQ leftists are pushing on children.

“So even though Gay Pride month is over, pedophiles, lusting over children never ceases. And that’s why you’re going to continue to see deranged behavior. Like we saw throughout Pride Month targeting children.” – Owen Shroyer

“Even Joe Biden lies about it. He did this again over the weekend. He says ‘Florida’s “Don’t Say Gay” law takes effect today – and he puts don’t say gay in quotes, folks, it doesn’t exist. They cannot point to you anywhere in the legislation where it says ‘Don’t Say Gay’ because it doesn’t exist. This is the President saying there’s a bill in Florida that doesn’t exist. The ‘Don’t Say Gay’ bill literally doesn’t exist. There’s never been anything or any text that says ‘Don’t Say Gay’ never. And here’s Biden putting it in quotes. Never existed. So they lie about all this crap. Why would we trust them at all? And the way they target children is even more reason to not trust this community. Sadly, and it’s bad. It’s a sad thing for gay people that don’t want to target children and gay people that don’t want to shove their lifestyle down other people’s throats because they end up actually having people dislike them because of these pedophiles using the gay flag as an excuse to get access to children.” – Owen Shroyer 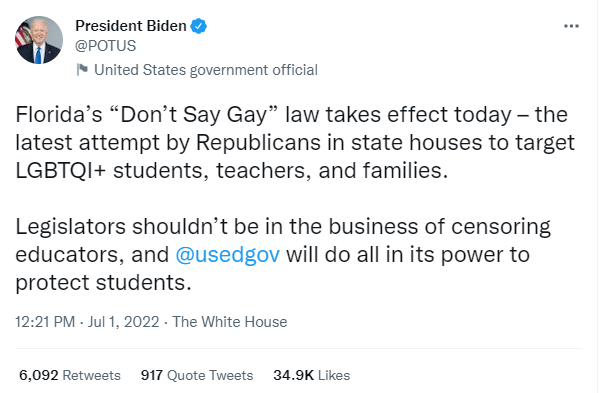 Dr. Henry Ealy: Let’s Make Sure These Rats Onboard the Sinking Ship Sink

‘I Have No Other Explanation’: They’re Basically Telling You They Want You to Die

JD Rucker: 5 Major Events That Have Happened Within the Last 100 Hours