TIJUANA, MEXICO – According to reports, the U.S. Consulate in Tijuana has issued a warning to U.S. government employees in Tijuana and other areas to “shelter in place” due to general chaos unfolding in the area consisting of vehicles set ablaze, roadblocks, and heavy police activity.

A press release dated August 12th from the U.S. Embassy & Consulates in Mexico reads, “The U.S. Consulate General Tijuana is aware of reports of multiple vehicle fires, roadblocks, and heavy police activity in Tijuana, Mexicali, Rosarito, Ensenada, and Tecate. U.S. government employees have been instructed to shelter in place until further notice.”

Additional items listed in the press release instruct U.S. government employees to do the following:

Per a report from the New York Post, the violence and chaos that have erupted in the area began on August 11th, originating in a prison of all places based out of Ciudad Juarez. Reportedly, violence broke out inside the prison between members of the Sinaloa Cartel and Los Mexicles, with the riot leaving two dead and 16 others injured.

However, it didn’t take long for the violence that originally started inside the prison to spread out to the cartels operating outside of the prison in the surrounding area.

Local businesses in Juarez were reportedly set afire as cartel members unleashed carnage in the wake of the prison riot, with reports noting that at least nine innocent civilians were killed during the chaos. On the morning of August 12th, Deputy Security Minister Ricardo Mejia confirmed that six alleged members of Mexicles were taken into custody with the assistance of the Army and National Guard.

Video captured from the general area showcased the degree of chaos that transpired, where vehicles could be seen burning as well as several businesses.

Marina del Pilar, the governor of Baja, took to Twitter on the evening of August 12th, condemning the violence that erupted throughout Mexico.

“I condemn the violent events that occurred this afternoon in our state. At this moment, I am meeting with the Board of Security. There are already detainees responsible for the events that occurred. It is important to remain calm. We will keep you informed.” 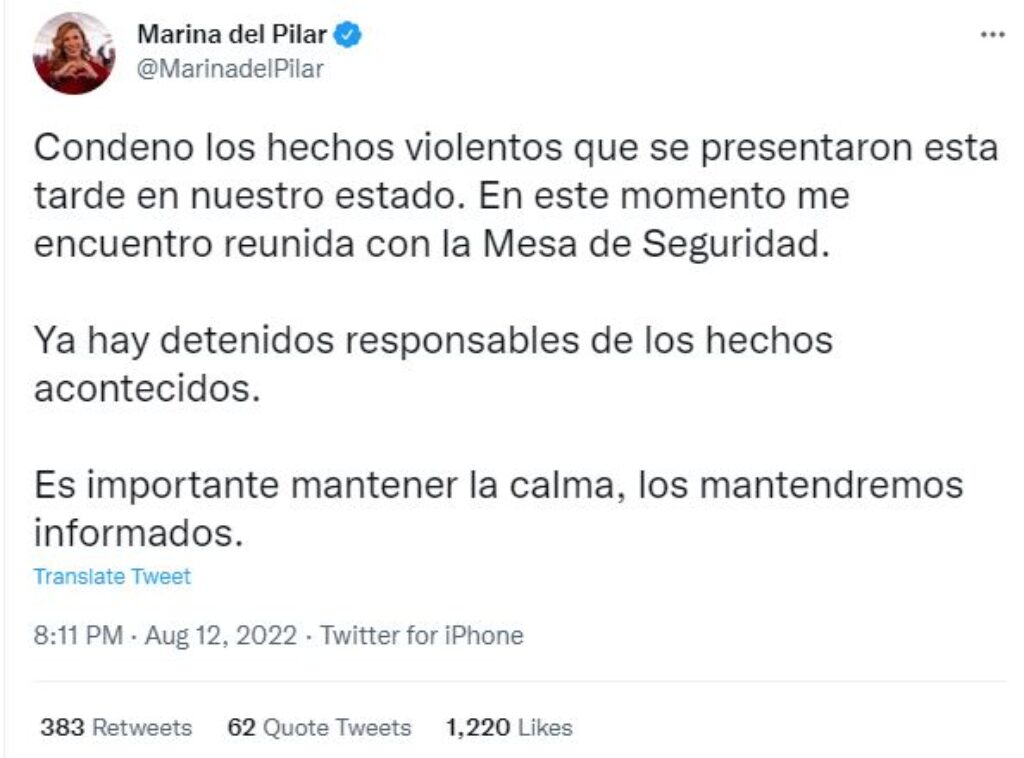 “I encourage our binational residents to be cautious and follow the recommendations from government officials and avoid unnecessary travel to allow authorities to do their work and maintain safety. My thoughts are with those impacted by the incidents.” 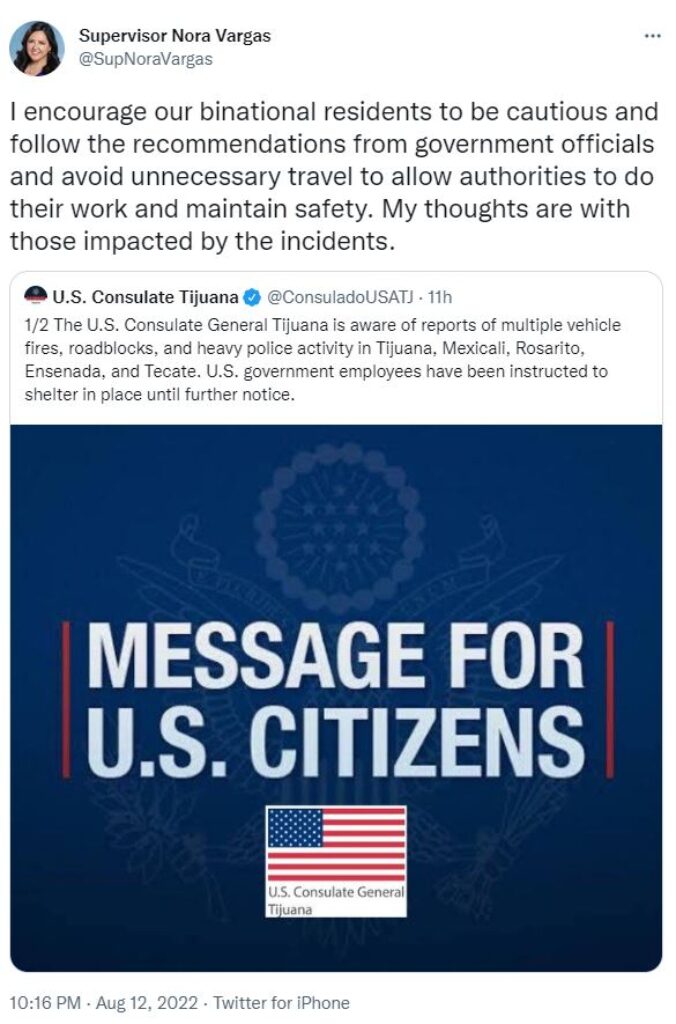 As of August 13th, the U.S. Consulate is still under lockdown.