GRAND RAPIDS, MI – According to a report from The Gateway Pundit, a female FBI agent reportedly stayed in a hotel and slept in the same bed as one of the men charged [1] in the FBI-contrived Gretchen Whitmer kidnapping plot from 2020 while the FBI-led plot was in motion. Apparently, this female FBI agent had also smoked some pot with the individual as well.

The purported plot to kidnap Michigan Governor Gretchen Whitmer back in the summer of 2020 serves as arguably one of the biggest embarrassments to the FBI in recent history, considering that months after a handful of suspects were arrested it was revealed that the kidnapping plot was essentially manufactured and funded by the FBI [2].

Far from being a hyperbolic description of the matter, the evidence of the FBI essentially dreaming up and executing this effort was so overwhelming that two suspects brought to trial – 24-year-old Daniel Harris and 33-year-old Brandon Caserta – were found not guilty this past April [3].

However, since a mistrial was declared in the cases against Fox and Croft, the government were afforded another opportunity to take a crack against the two in a new trial – which said trial against the two kicked off earlier in August [4]. 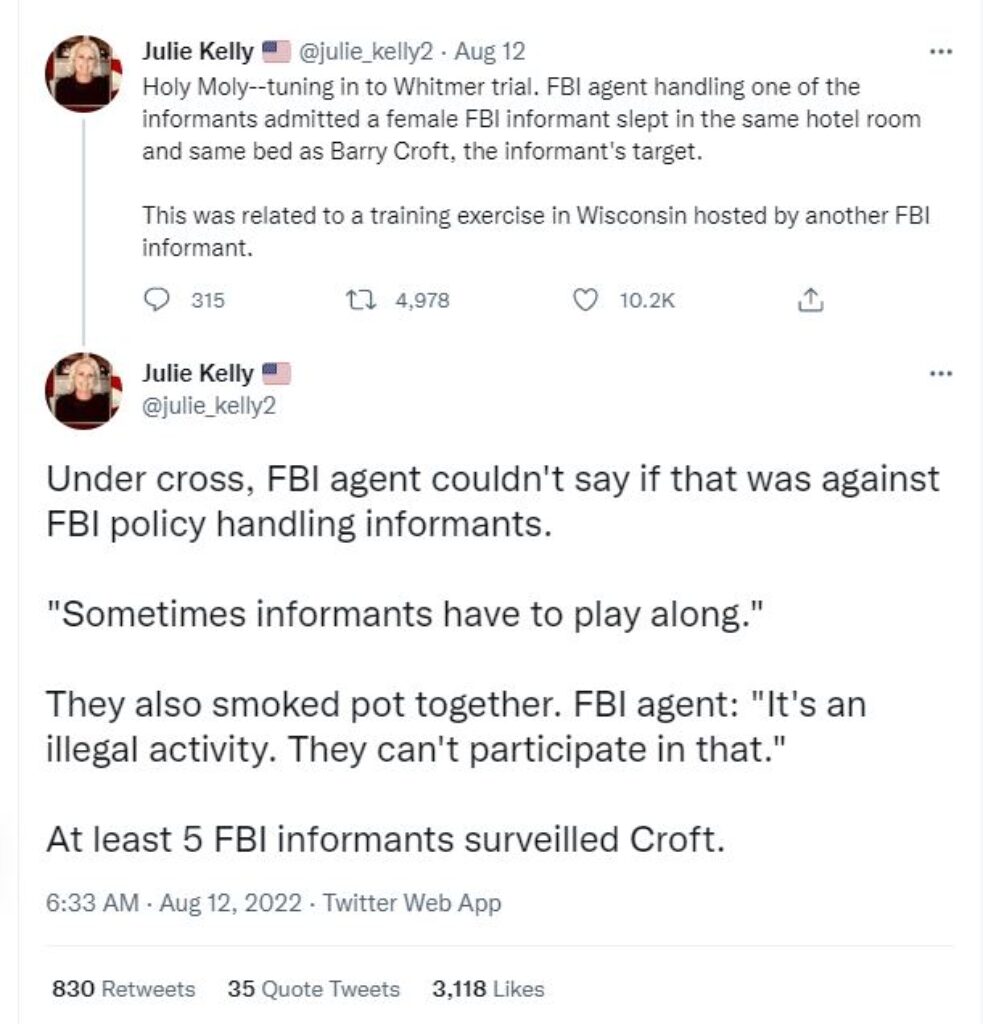 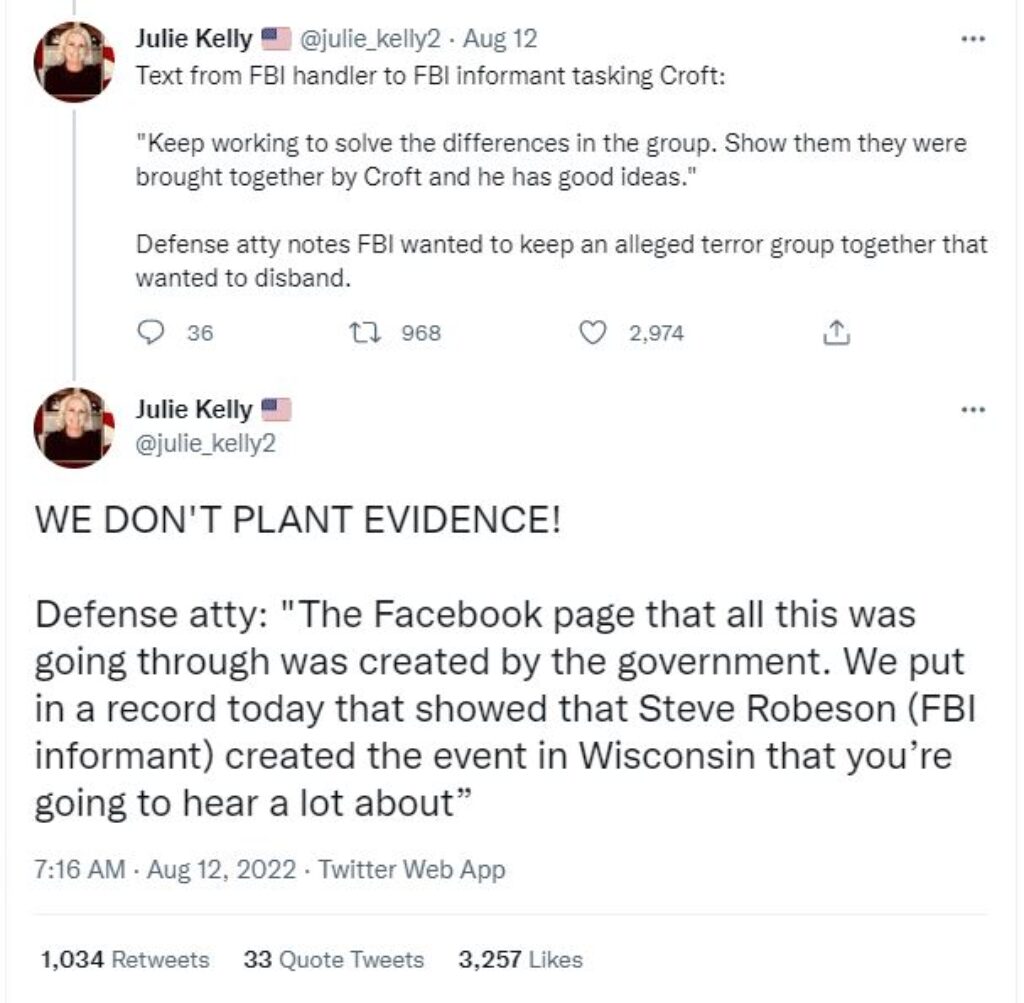 The entire kidnapping plot dreamt up by the FBI has been marred with scandals that manage to exist outside of the plot itself, such as former FBI agent Richard Trask – who was one of the lead agents associated with the purported Governor Whitmer kidnapping plot – who was convicted of beating his wife in December of 2021 [5].