These people want everyone to have a victim mentality

City Journal contributor Christopher Rufo blew the lid off the unsettling grooming effort taking place in San Diego, noting that the city’s school district is the latest “to adopt the principles of academic queer theory and translate them into K-12 pedagogy, with the ultimate goal of dismantling ‘heteronormativity’ and promoting a constellation of new sexual identities.”

Needless to say, the documents uncovered paint a clear picture of what is transpiring at the public schools in said district.

Taking to Twitter to highlight some of the contents from the San Diego Unified School District’s “Facilitator Training: Workshops for LGBTQ+ Youth & Allies,” excerpts show the talking points used to indoctrinate children into the radical gender theory, among those being the notion that two genders is a mere “social construct.”

MORE NEWS: Chuck Schumer: Joe Biden Has Restored Dignity and Respect To The Oval Office – You Mean This Guy? [VIDEO]

“The Gender Binary: is a social construct that situates ‘male’ and ‘female’ as synonymous with ‘man’ and ‘woman’ and dictates how people assigned to these categories should act. This limited system excludes and oppresses trans, non-binary, intersex, and gender-nonconforming people.” 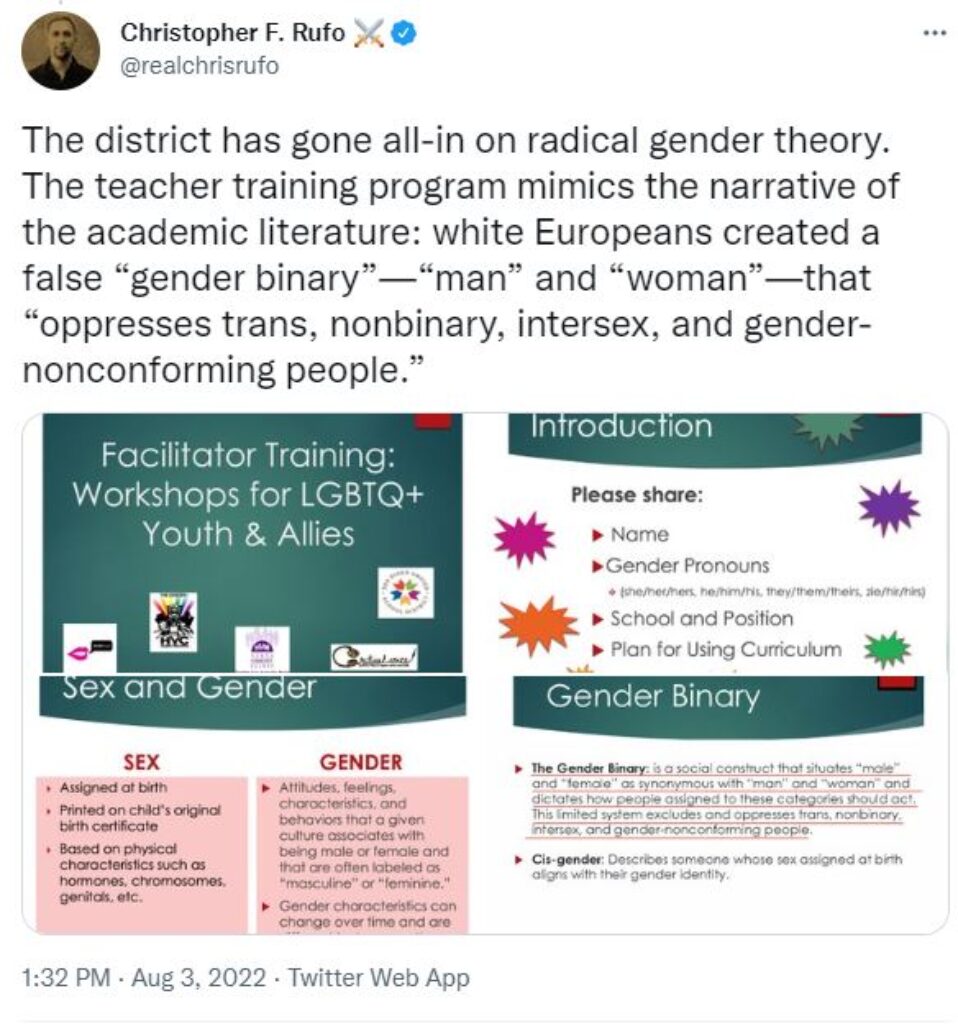 Unsurprisingly, this instruction coming from the San Diego Unified School District also pushes the unfounded idea of there being an endowed “privilege” for heterosexuals and “cisgender” people, falsely claiming that said people benefit from “civil rights” that somehow don’t exist for non-hetero or gender-nonconforming individuals.

Not to mention, an indoctrination into radical gender and LGBTQ+ concepts wouldn’t be complete without shoehorning the “intersectionality” bit into the equation, which is a theory that asserts all iterations of discrimination are connected – a clever tactic to rope in ethnic and/or religious minorities into buying into the radical gender theory nonsense. 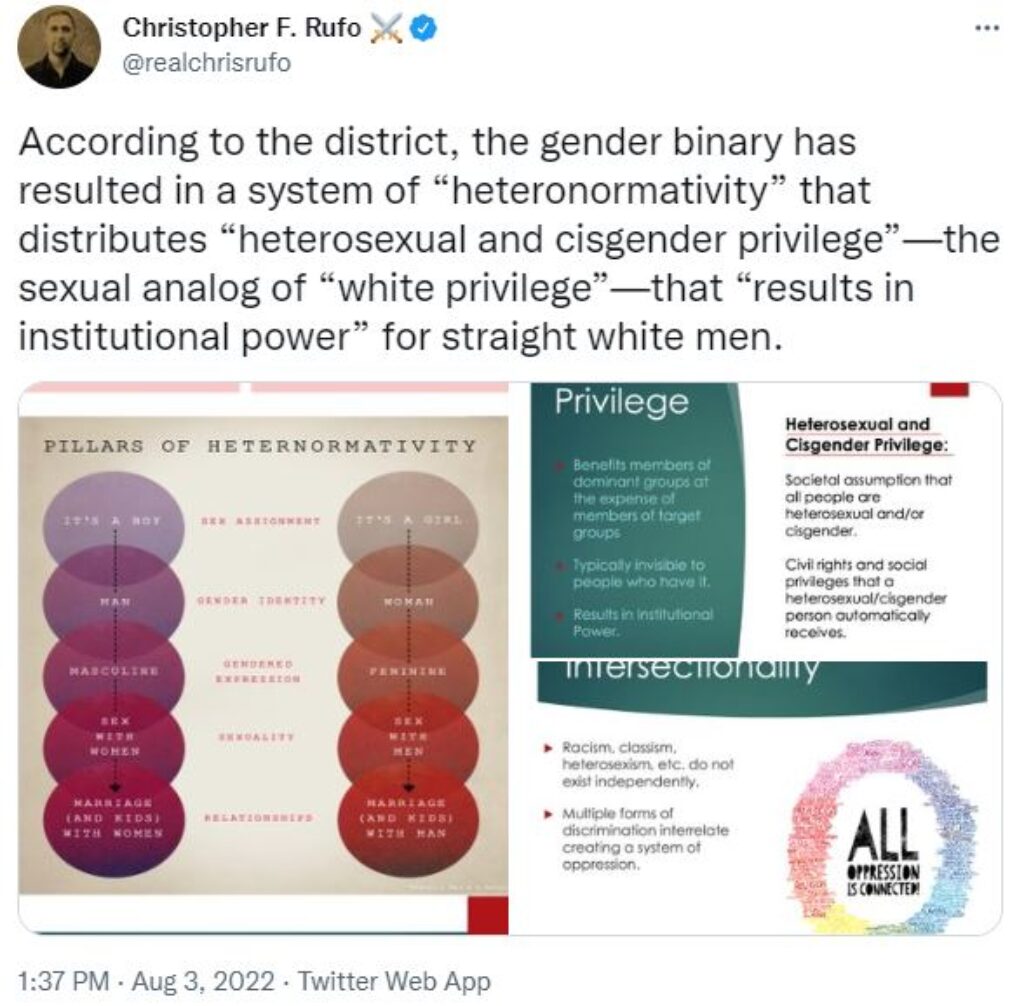 As Rufo expertly notes in his reporting regarding the school district’s exploits in this realm, by presenting heterosexuality as a sort of problem needing to be dealt with, the solution the school district proposes is to “dismantle ‘heteronormativity’ and break the ‘gender binary.'”

In short, the ultimate goal of this indoctrination, according to Rufo, is to undermine “the traditional conception of sex” and replace it with “a new set of boutique sexual identities, such as ‘transgender,’ ‘genderqueer,’ ‘non-binary,’ ‘pansexual,’ ‘asexual,’ and ‘two-spirit,’ that promise to disrupt the oppressive system of heteronormativity.”

As with any sort of propaganda or indoctrination endeavor, images presented to children are also part of the effort in San Diego, where students are encouraged to be shown pictures of women with beards, boys wearing dresses, and other similar imagery meant to instill confusion on youths regarding their biological sex and developing proclivities. 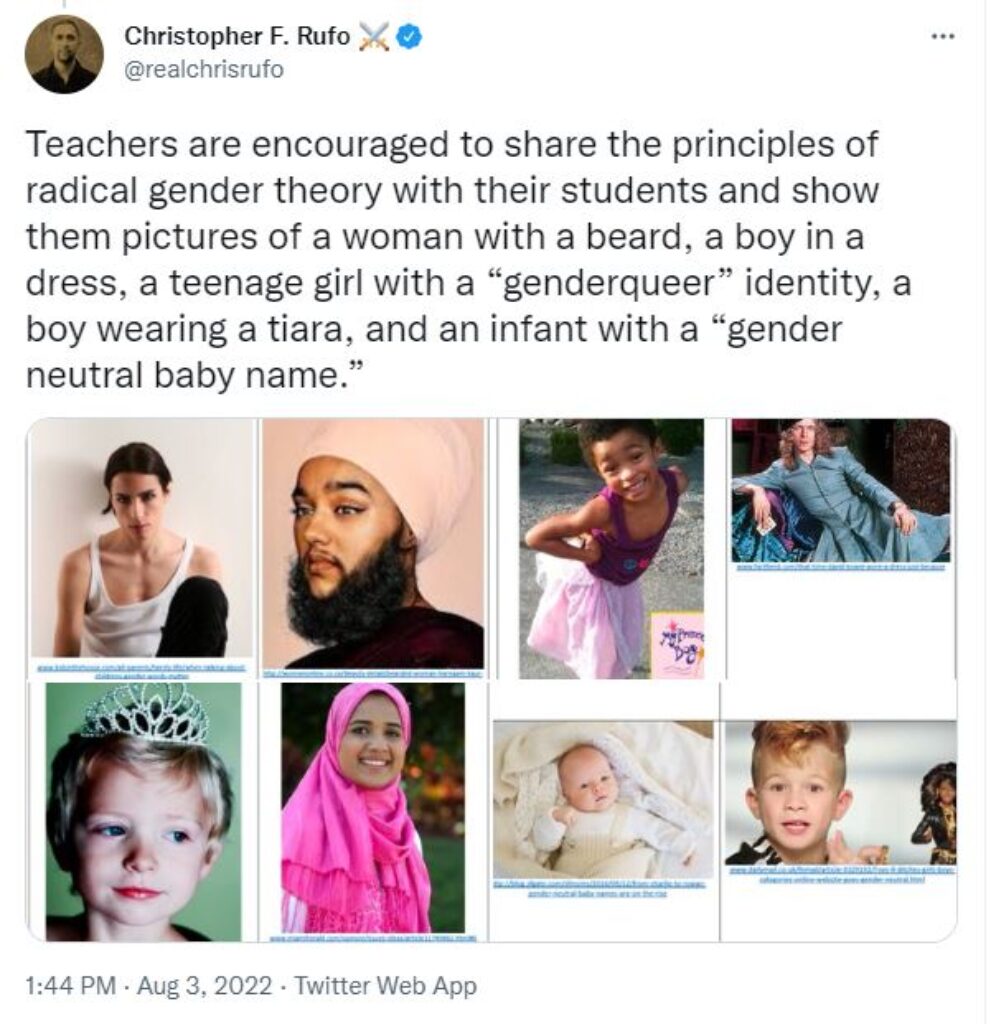 With this sort of ideology coming from a sect of radicals who often bemoan cultural appropriation, this instructional guide being passed down to teachers is literally pushing to appropriate the vernacular of the “Romance Languages,” by pushing for the adoption of the term “Latinx” – a bastardized version of Latino/Latina meant to erase the culture’s historically gendered language. 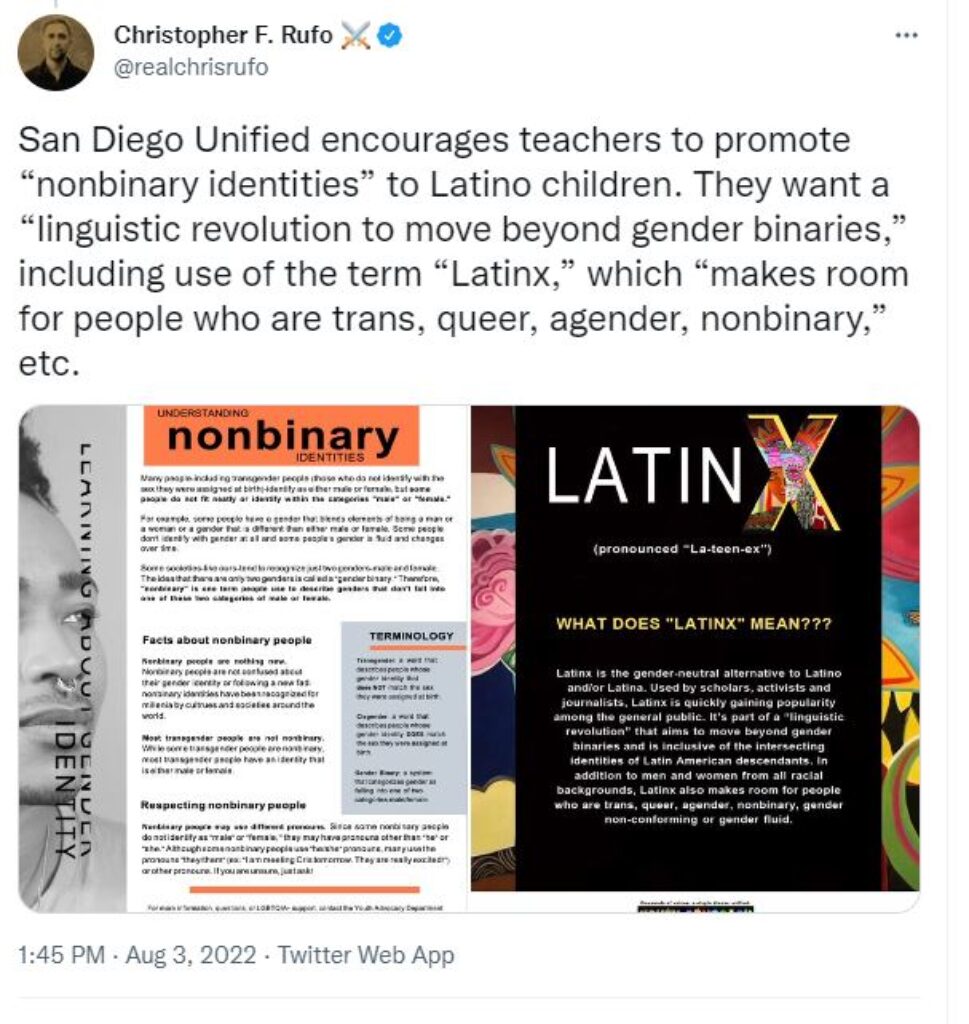 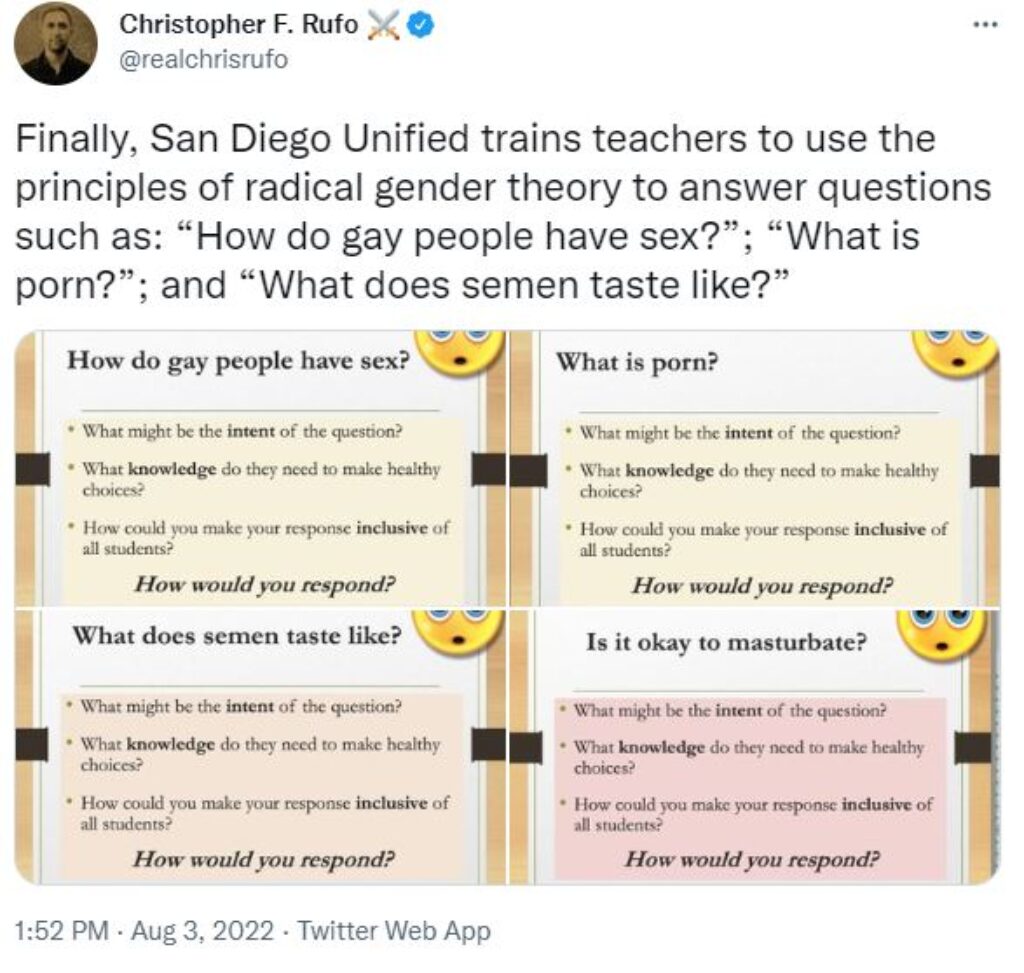 So, nature’s binary design for all mammals is a false “construct” that must be destroyed; but the plethora of acceptable genders, language, and sexual behaviors they are constructing, is not a “construct”?