They messed around. They found out.

DALLAS, TX – In what bears the signs of a robbery gone bad, a video doorbell camera captured footage of gunfire that broke out in the hallways of a Dallas apartment complex earlier in August, where two men could be seen running from the hail of bullets coming from down the hall.

The incident reportedly occurred on the morning of August 16th at the Langford apartment complex located off of 200 West Commerce Street, with residents waking up to the sound of gunfire echoing throughout the halls of the building.

In the obtained footage, two individuals can be seen running down the hallway away from the gunfire, with one person in a hoodie briefly seeking cover while the other toting a large backpack continued down the hall.

Shortly thereafter, the individual in a hoodie darted across the hallway toward where the backpack-toting individual had already made their way down.

Authorities have yet to release any official statement on the matter, according to NBC DFW,  but the outlet noted that the “shooting left bullet holes down the hallway and a woman injured.”

One resident at the apartment complex, Aralee Henighan, who spoke with NBC DFW told the outlet, “I just renewed my lease and I’m going to try to get out of hit at some point because it’s hard to feel safe when things like this could happen.”

Other residents from the complex who saw the footage of the shooting online shared similar sentiments, with one Twitter user commenting, “Welp. I’m glad I haven’t renewed my lease. I just sent them an email Monday morning that I was going to renew. But after this, HELL NAW!!!!! It was like 9 cop cars outside my window last night and I had no clue why. Saw them take the person out on a stretcher though.” 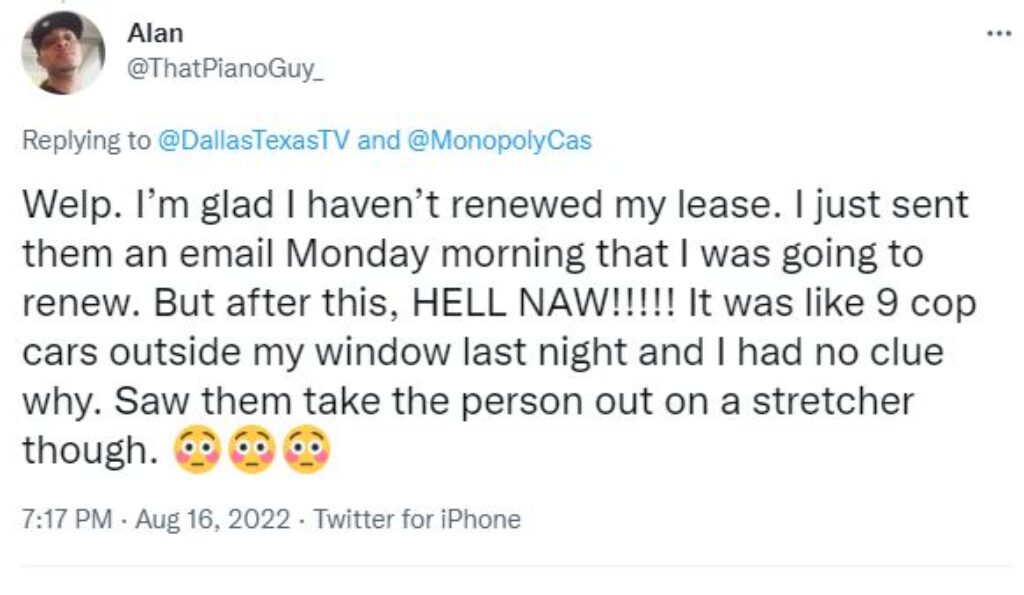 Another tenant mentioned online, “I live here down the hall…not for long,” with a second person commenting in response, “Same! I’m leaving asap, asked about breaking my lease and the replied with a ‘sorry what happened with your neighbors but we need 60 days notice and a fee.'” 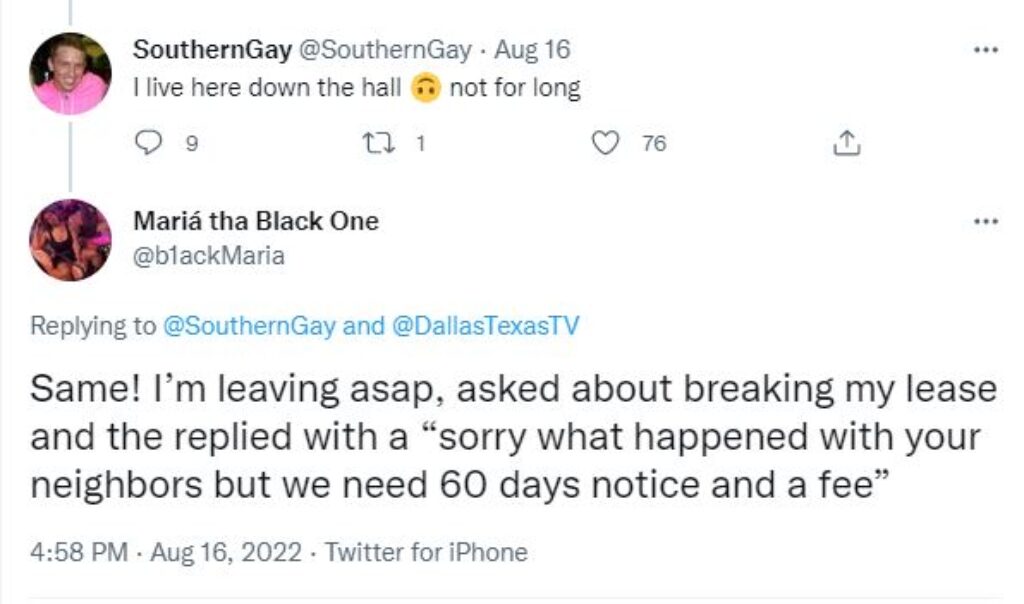 Others online couldn’t help but notice the odd choices in attire regarding the two individuals being shot at, with one person commenting, “hoodies on in the middle of summer in Texas, one dude has a bag,” alluding to the possibility that the people being shot at were attempting to rob someone. 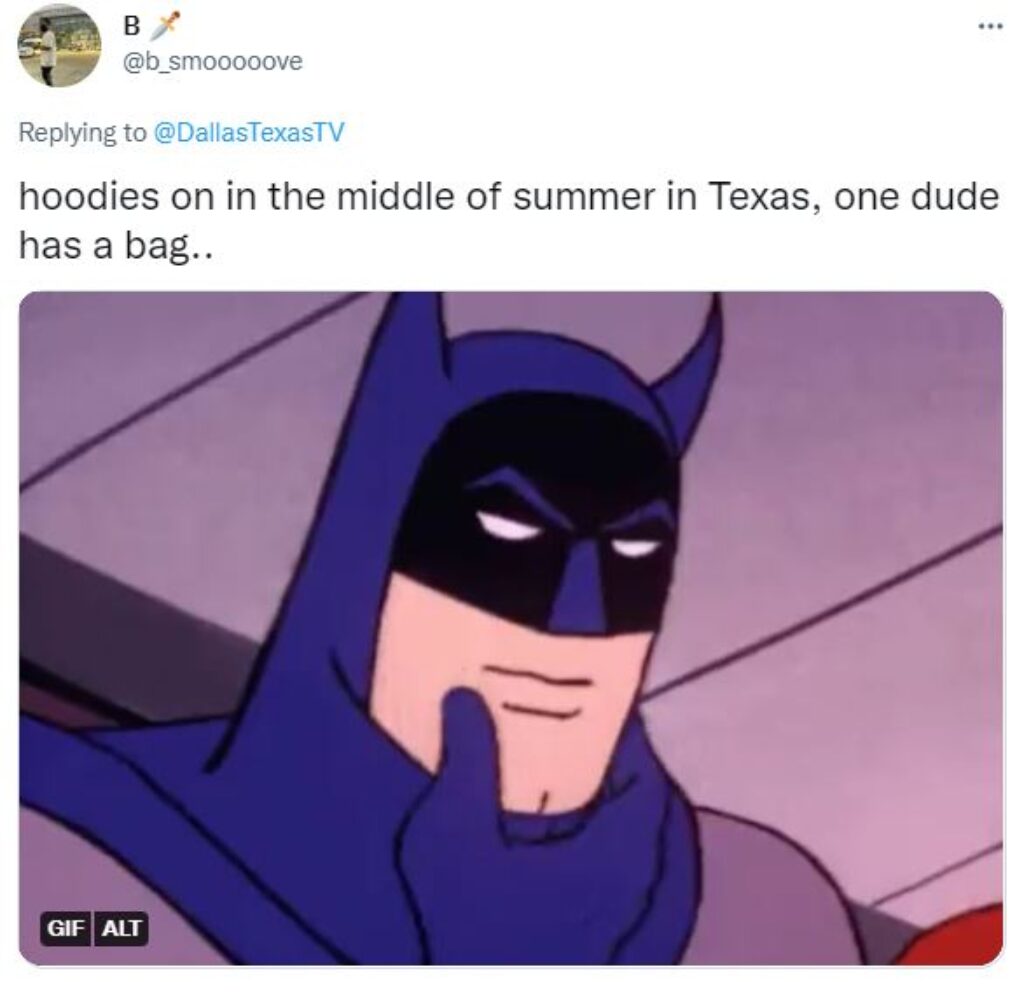 While many were commenting their disdain over the state of the apartment complex or speculating on a possible motive in the matter, there were some managing to crack some jokes at the expense of the two individuals being shot at.

Arguably, one of the more notable puns came from one commenter who wrote, “He was falling more than a white person in a horror movie,” in reference to the one person repeatedly tripping over their feet while booking it.

There you go buddy. Keeper coming.:)