A Disney-themed website and podcast by the name of “Inside The Magic” recently reported that The Daily Wire intends to produce a Malcolm X movie where political commentator Michael Knowles will be tackling the role of the late civil rights icon.

However, the Daily Wire isn’t producing any such film – as the Disney-themed website wound up getting duped by an online personality known for periodically posting satirical “breaking news” headlines on Twitter.

Colopy started the article off by referencing Matt Walsh’s criticism of the upcoming Little Mermaid film, writing that Walsh “has led a crusade against the live-action remake, which stars Halle Bailey, a Black Woman, as Ariel.”

While perhaps “crusade” might be a bit of a loaded term, Colopy is correct that Walsh has shared his breed of dry-humored criticism of the upcoming live-action remake of the animated Disney classic – but then the article took a turn into fantasy land by reporting a satirical joke as if it were fact.

The Inside The Magic contributor wrote, “On September 15, Walsh announced plans to release a race-swapped film about Malcolm X, a Black civil rights leader. The film will star Michael Knowles, a Cuban-American conservative political commentator.”

Colopy’s article continued, adding that The Daily Wire’s “Malcolm X film doesn’t have a title yet and appears in the early stages of pre-production.”

When Charles caught wind of Inside The Magic treating his joke tweet as a form of factual reporting, he retweeted the original post leading to the article with, “I can’t believe they fell for it! I’m freaking brilliant.” 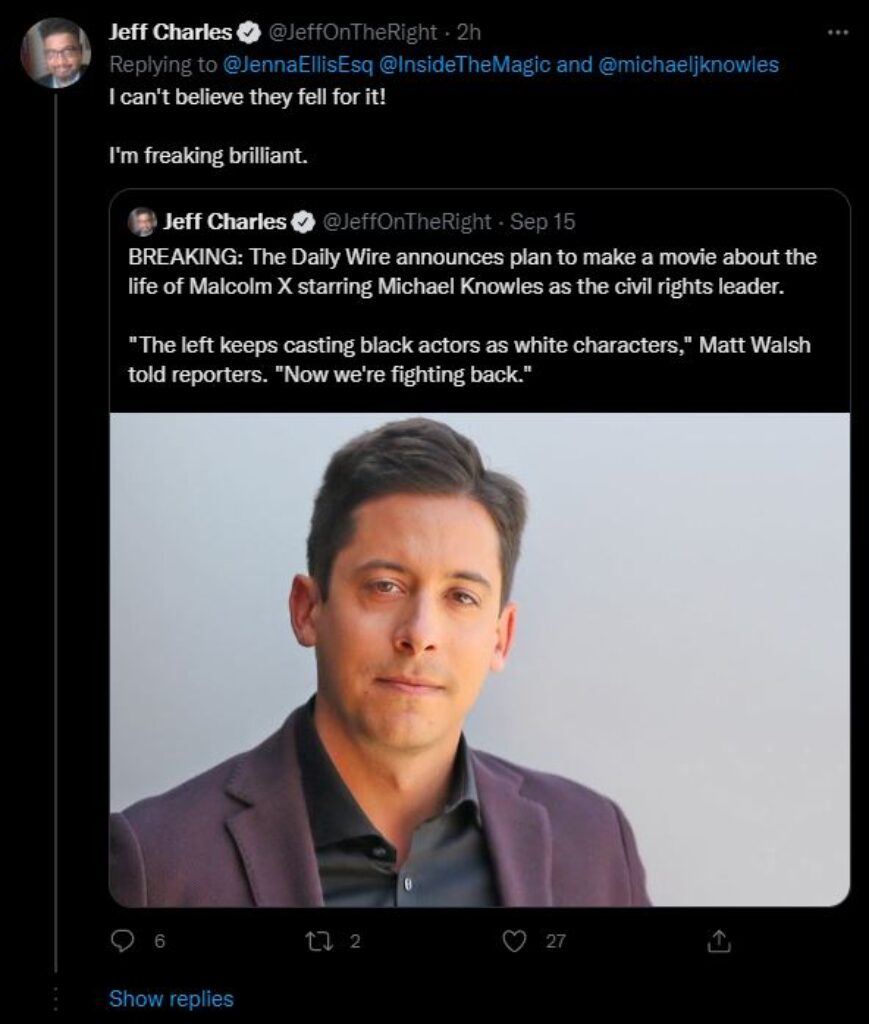 Now, one could make the argument that since Charles is a Twitter-verified journalist, Colopy being duped by the joke post isn’t too farfetched. However, one look at Charles’ Twitter profile bio shows one glaring issue with this notion: he clearly spells out the usage of the header “BREAKING = Satire” with respect to his posts.

This means if Colopy spent the three seconds it would take to click on his profile, she’d realize this “BREAKING” post about The Daily Wire making a race-swapped Malcolm X movie was just for chuckles. 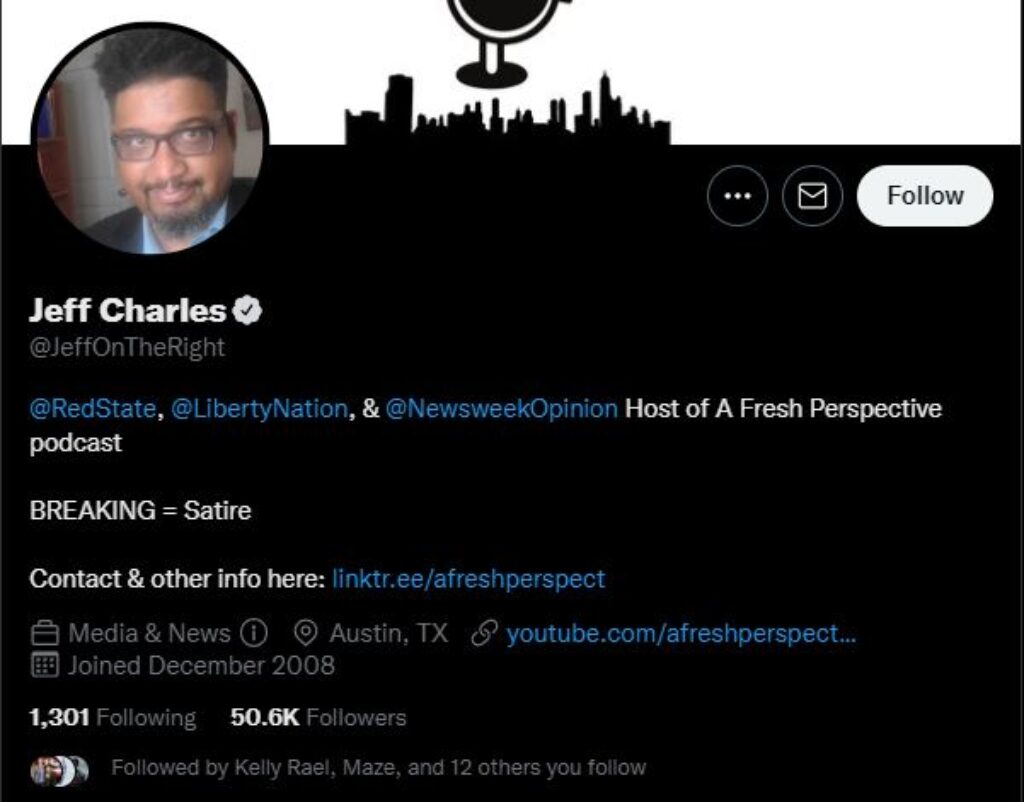 Furthermore, Charles has a myriad of these satirical “BREAKING” tweets littered throughout his profile, demonstrating that this practice is nothing new for him.

Some of Charles’ past gems include joke headlines like “Black leaders suggest convincing black community to identify as Ukrainian” in order to potentially get reparations, as well as Democrats toying with the idea of calling Monkeypox the “Don’t Say Gay Virus.” 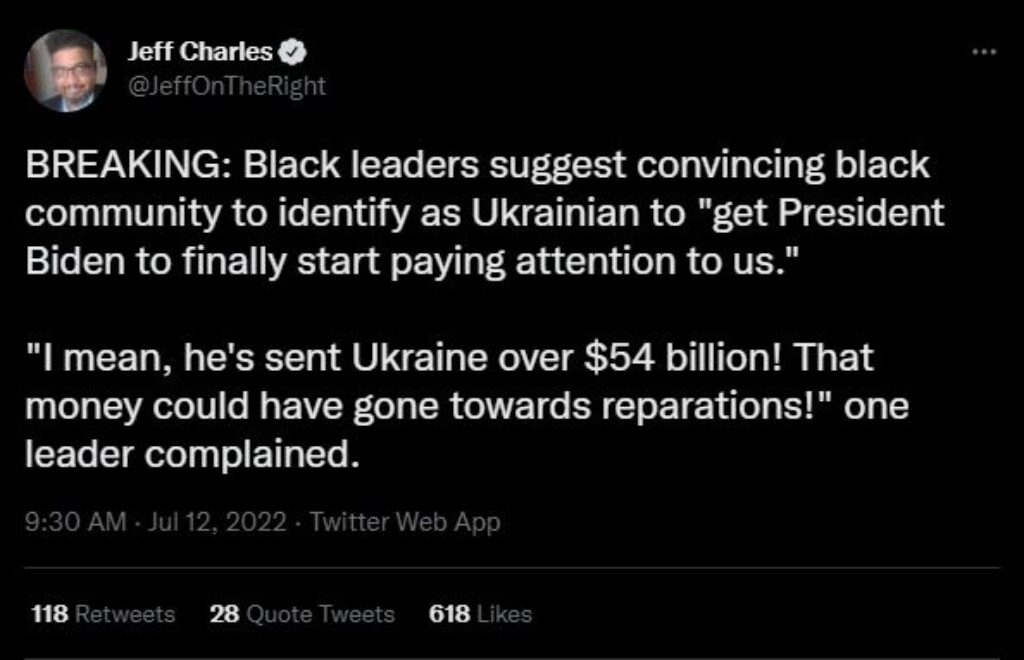 This just goes to show that when it comes to certain personalities engaged in activist journalism, they’re usually not very good at employing the investigative part of journalism.

Rand Paul Issues Update on Fauci: “We’ve Got Him Red-Handed, and He Won’t Get Away”