"I feel the exact same way."

Throughout this COVID sham over the past two and a half years, it can sometimes be difficult not to second guess yourself. Because when you try to describe what’s going on to someone who is not in the know, you can often appear ABSOLUTELY CRAZY. They’ll respond:

• “Really? I don’t know about that… Why would the government ever do that?”

• “I looked at your information — then I Googled it. Turns out ivermectin is not effective.”

And Dr. Paul Marik, one of the most esteemed doctors in critical care medicine, knows this all too well.

His colleagues think “he’s lost it.”

In a video interview with VSRF Founder Steve Kirsch, Dr. Marik was asked, “Have you ever tried to ‘red pill’ any of your colleagues?”

So there were a few of my colleagues, they were, I would say, ex-colleagues who thought I had lost it; that I was a conspiracy theorist; that my views were completely incorrect; that I was spreading misinformation.

The most important was the remdesivir issue: they thought I was insane to postulate that the federal government was incentivizing hospitals to give a toxic drug. They thought that it —

“No, it sounds crazy,” remarked Steve.

Yeah, only a crazy person could conceive of such a thought. And that’s what they thought; they thought I was crazy. I had lost it. I needed to go into a facility for the mentally challenged.

Steve asks, “Did you ever even consider that you might be insane and that they might be right?”

Well, obviously, you do think about it, and you reflect. I think anyone — much like you — if you’re a scientist and you’re interested in the truth, you evaluate the data. But you know what? It becomes so clear that you can’t be wrong. It’s very difficult in life to be certain — the grades of gray and right and wrong, but this is just so clear-cut that it’s impossible, on these issues, that I could be wrong.

“I know how you feel because I feel the exact same way,” said Steve.

And you want to know someone else who else feels the exact same way?

One of the finest researchers in the United States, Keith Wilkins, aka Political Moonshine. Here are his comments on the COVID data fraud (inflated death counts, PCR test, etc.)

“There Is a Zero Percent Chance That We Are Wrong”

There’s not a chance in the world that this work is anything other than what we’re saying it is. And so, from the Medicaid and Medicare data to the NVSS diagnostic memos to the PCR test and the impact of cycle thresholds, these people, this criminal enterprise, was literally able to manufacture an entire pandemic out of a chimeric virus that has 40,000 U.S. patent filings tied to it. And they just cooked up a bunch of data and sold the whole thing.

So, no. You’re not crazy, and you have not lost your mind. You’ve just refused to allow yourself to be willfully blind.

And as Dr. Cole likes to say. 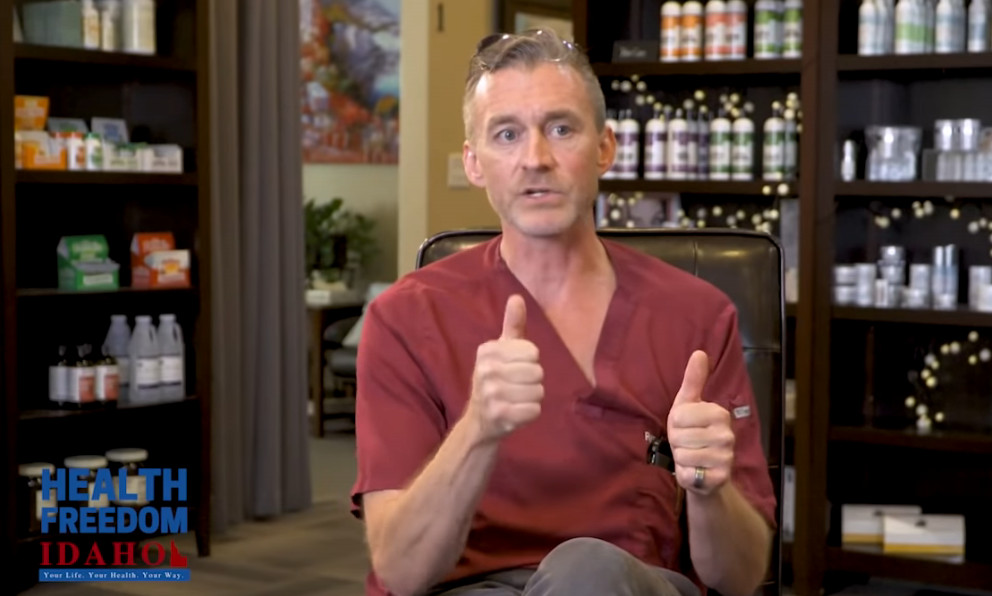 “You cannot find that for which you do not look.”

Watch the full interview with Dr. Paul Marik below.