Republican Rep. Adam Kinzinger found himself getting dragged on Twitter earlier in October by what some have characterized as a series of “drunk-tweets” [1] made by the congressman that made weird comparisons to the pro-life movement and the Russia/Ukraine conflict and wrongly accusing individuals of supporting Russia. 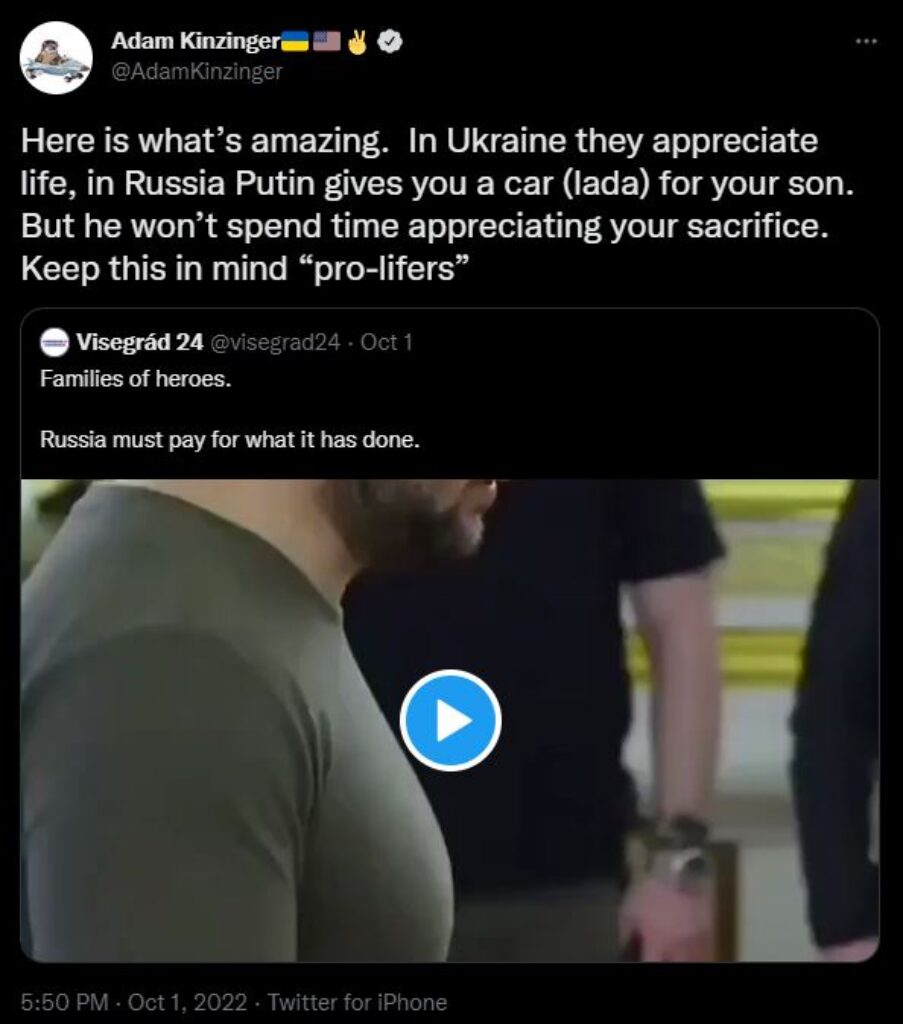 The attempt to tie pro-lifers – who are composed predominantly by those who identify as Republican/conservative – to supporting Russia falls flat when reviewing data showing that a majority of Republicans support Ukraine in the conflict [2]. While Republican officials, and by extension, some constituents, have raised concerns over the money – and management of – being sent to Ukraine in recent months, this does not automatically translate into being pro-Putin or pro-Russia. 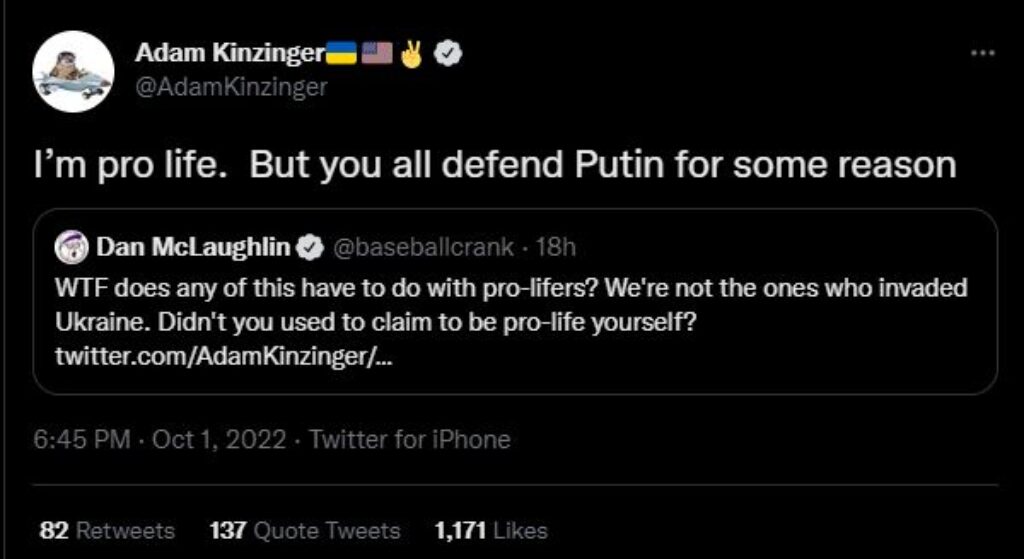 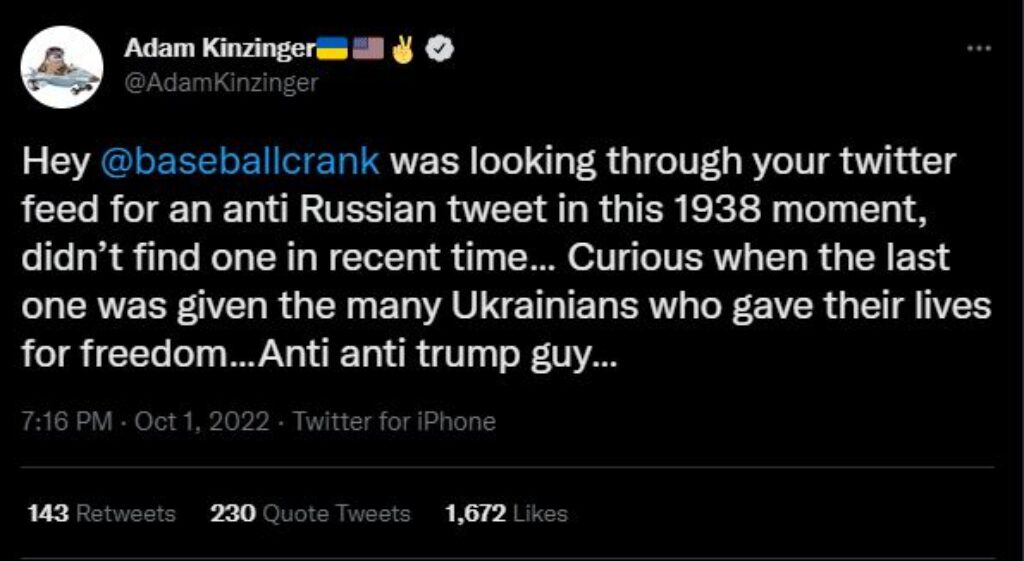 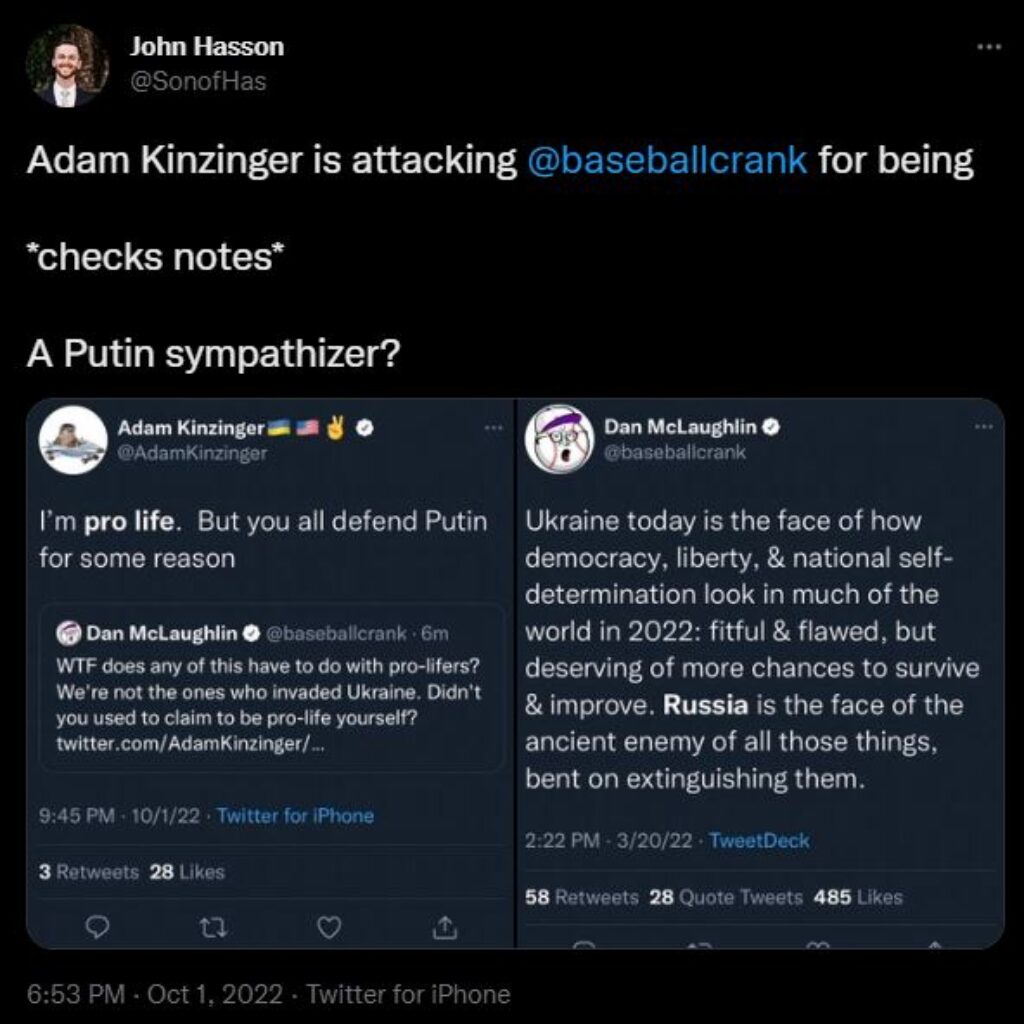 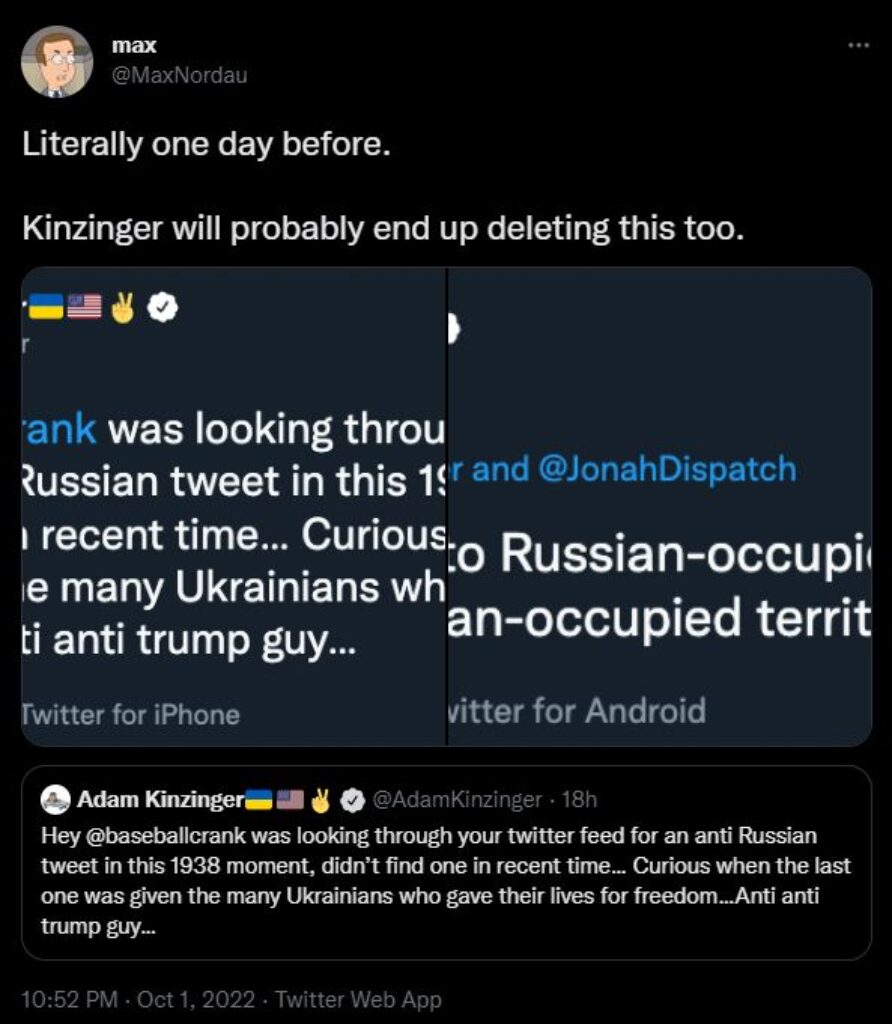 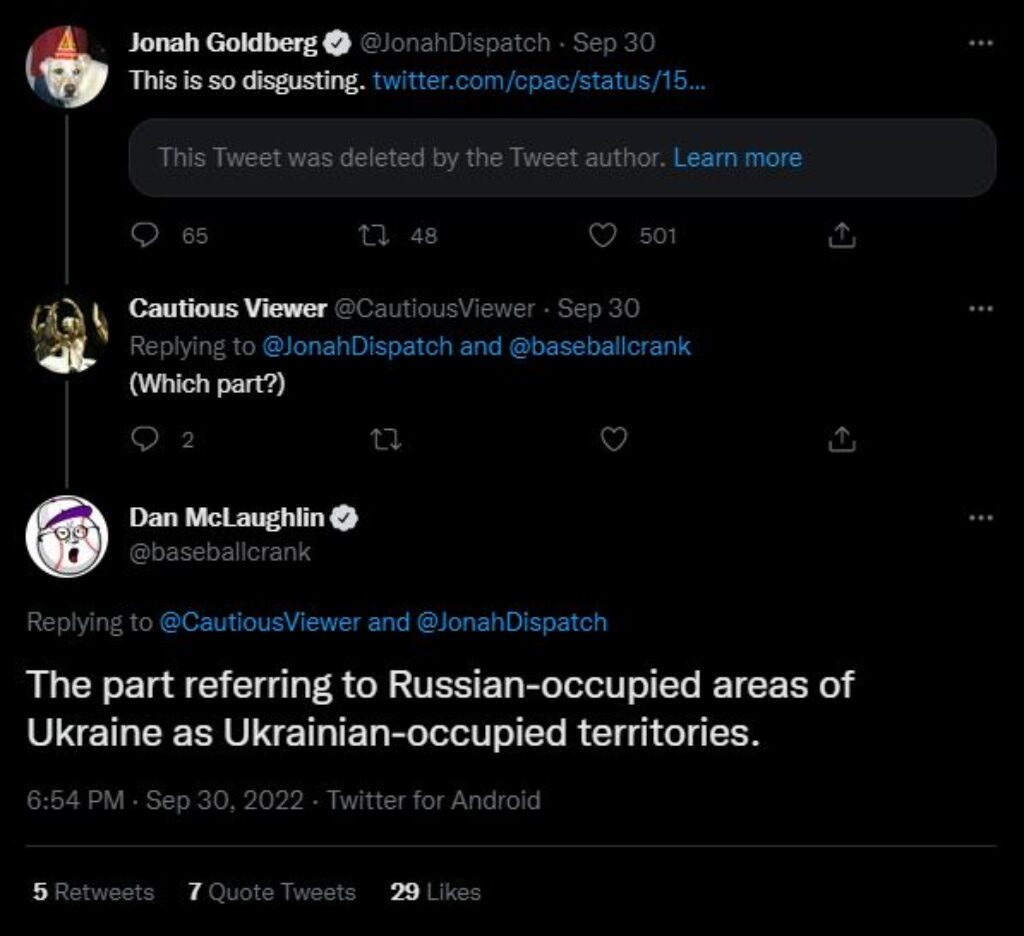 While Rep. Kinzinger is still playing along with the January 6 committee charade, there is at least the silver lining of him already admitting he has zero intentions of running for reelection to Congress [3].