Earlier in November, France-based fashion brand Balenciaga drew immense criticism after images from one of the brand’s promotional photoshoots posted on Instagram revealed a young child holding a teddy bear dressed in a bondage outfit [1], along with a Supreme Court opinion regarding child pornography being used as some kind of a prop in the photoshoot.

The aforementioned controversial images led to widespread questions of whether Balenciaga was trying to convey a sort of tacit endorsement of child exploitation – and now a second photo from a different Balenciaga photoshoot is lending credence to theories that some disturbed people are embedded within this luxury fashion brand.

The court document Lapine was referencing, which was a visible prop included in the photo shoot, was the eleventh page of the May 2008 Supreme Court decision in U.S. v. Michael Williams [4], which said case made reference to the 2001 Supreme Court decision in Ashcroft v. Free Speech Coalition [5] which addressed the constitutionality [6] of portions of the Child Pornography Prevention Act of 1996.

“Critically, unlike in Free Speech Coalition, §2252A(a)(3)(B)(ii)’s requirement of a ‘visual depiction of an actual minor’ makes clear that, although the sexual intercourse may be simulated, it must involve actual children (unless it is obscene). This change eliminates any possibility that virtual child pornography or sex between youthful-looking adult actors might be covered by the term ‘simulated sexual intercourse.’” 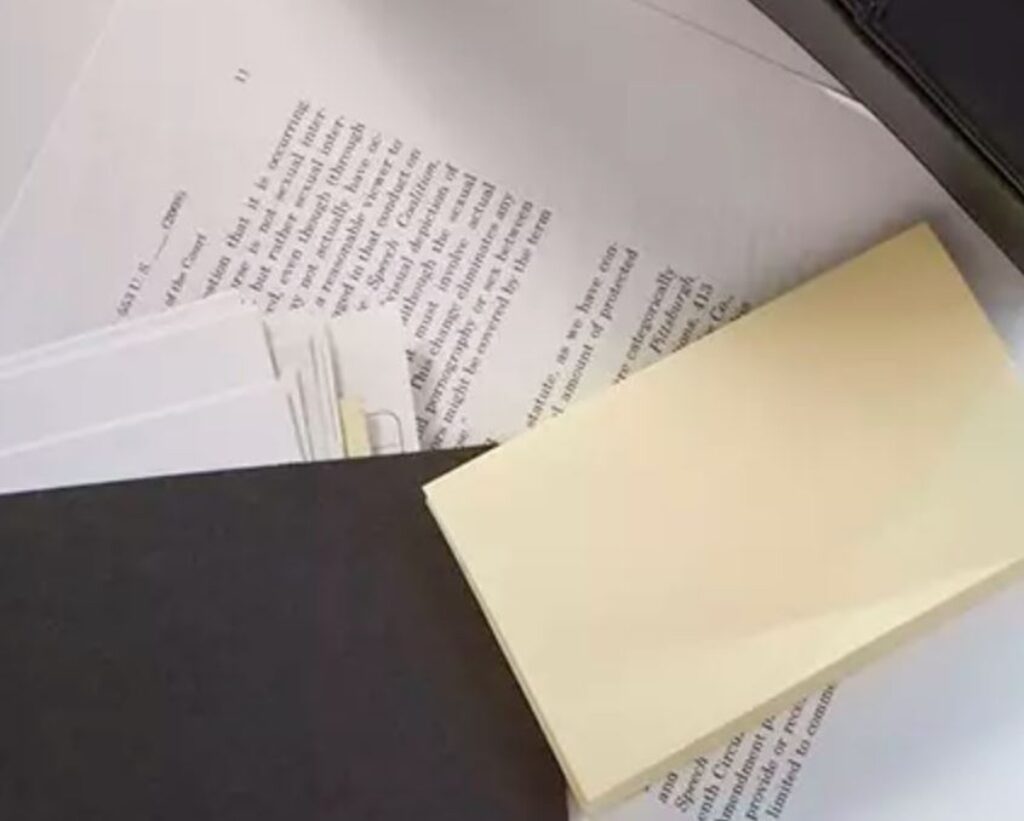 Between the inclusion of a toddler-aged child in a photoshoot holding a teddy bear dressed in a bondage outfit along with a very particular Supreme Court decision excerpt pertaining to “virtual child pornography” being used as a visual prop in the same shoot, reasonable questions were raised about the intent behind using such a specific document as a prop for a fashion line photoshoot.

For the sake of context, it’s not like an individual can simply Google the words “Supreme Court decision” and a case like U.S. v. Michael Williams would randomly pop up in the search results; something of this nature would have to be specifically sought out in an online search engine in order to crop up in search results.

The photographer behind the controversial shoot was later identified as Gabriele Galimberti, who allegedly had zero to do with the props used, and Balenciaga later went on to issue an apology for the photos at the center of the controversy and addressed the inclusion of the Supreme Court documents [7] – but didn’t explain how the documents ended up in the shoot, only saying they’re pursuing “legal action” against whoever is responsible.

“We apologize for displaying unsettling documents in our campaign. We take this matter very seriously and are taking legal action against the parties responsible for creating the set and including unapproved items for our Spring 23 campaign photoshoot.”

But it seems as though the unsettling bondage teddy bear photoshoot isn’t the only series of questionable promotional photos in Balenciaga’s catalog, as Twitter user “YungShabazz” shared on November 22nd a Balenciaga promotional picture depicting a woman in an office with a book in the background that appears to be of Belgian painter Michaël Borremans.

Beyond disturbing!!! Check the book in the back pic.twitter.com/aVhuQt0yJ9 [8]

Some of Borremans’ paintings [10] depict disturbing and macabre imagery, with his Fire from the Sun exhibition [11] being particularly unnerving with the series of paintings portraying nude toddlers covered in blood and appearing to play with severed limbs.

With the inclusion of a book presumably of Borremans’ works set in the backdrop of a different Balenciaga promotional photo, this is again raising suspicions about whether the presence of such imagery is serving as some kind of disconcerting dog whistle.

One has to keep in mind that when it comes to a photoshoot, especially promotional ones meant to advertise a luxury fashion line, there is a particular meticulousness employed from start to finish – and one can be certain that every visible prop included in these types of photoshoots are intentionally placed there.

The fashion brand has yet to comment on the Borremans book spotted in the background of one of the company’s promotional photos, and it wouldn’t be surprising if Balenciaga waits to see if this newfound matter simply blows over.

Meanwhile, Balenciaga has at least one entity coming to their defense over the initial bondage teddy bear fiasco, an online magazine called Highsnobiety which has called the concerns over the initial photoshoot an “absurd Balenciaga conspiracy theory [15].”

Then again, Highsnobiety coming to the defense of Balenciaga is somewhat predictable due to the noted “affiliate marketing partnerships” the online magazine has where they receive commissions from products purchased through their website – and Highsnobiety pumps out numerous articles promoting Balenciaga merchandise [16].

Suffice it to say that there is definitely something awry with the inner workings of this fashion brand, and it’s only a matter of time before more controversies begin to surface.