Twenty-Three Canadian Children Have Died in the Past Month, and No One Is Talking About It

“We’re in a situation where hundreds and thousands of [Canadian] kids have been injected with potentially immune system-destroying mRNA vaccines.”

Influenza deaths among Canadian children are on pace to shatter all-time highs. Just a few weeks into the flu season (as of December 18, 2022), 11 influenza-related deaths have been reported in children and teens across Canada, according to research conducted by CBC News. CBC News reported: “Influenza rarely kills children in Canada. Over the past decade, there have never been more than 13 deaths in a year from the flu among those age 19 or younger, and the pre-pandemic yearly average was nine, according to Public Health Agency of Canada figures.” According to the CDC, flu season begins to pick up in February. Considering Canada is a cold-weathered neighbor to the United States, it’s safe to assume they experience a similar pattern. So this number of 11 influenza deaths in Canadian children could easily double, triple, or even quadruple by the end of the flu season.

What is also disturbing is that many Canadian provinces are reluctant or unwilling to release the data. “Earlier this month, British Columbia announced publicly that the flu had killed at least five children in November, but only after the details of an internal conversation involving hospital officials was leaked to a media outlet earlier this month. At the same time, when CBC News asked other provinces about pediatric flu deaths, officials in Ontario declined to provide any statistics.”

So what gives? Why do they appear to be hiding the data? Would it not be the job of the health authorities to warn parents of this unprecedented risk influenza now poses to their children? And why are influenza deaths up so high, so early?

Dr. William Makis has a theory. 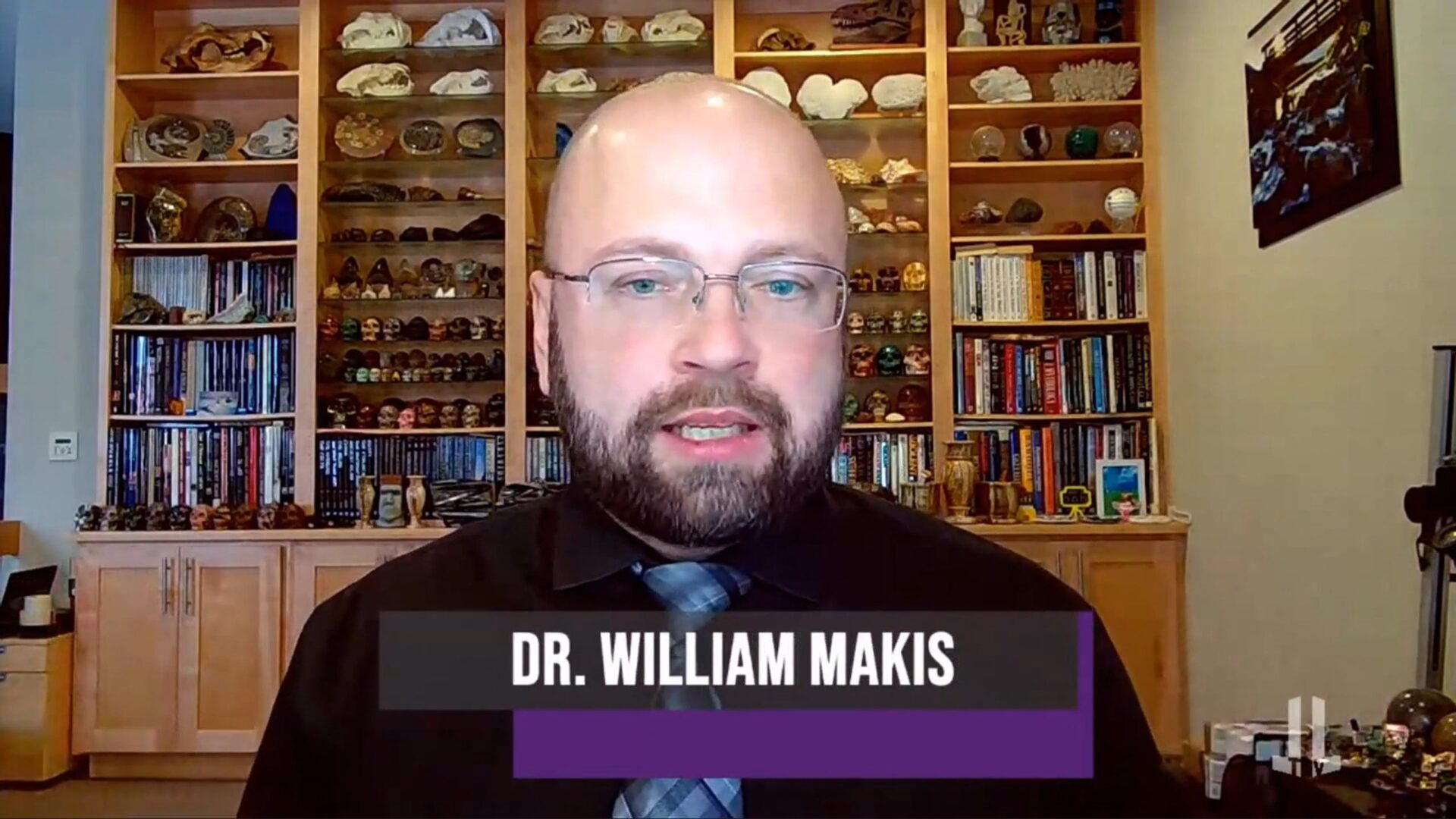 And it explains why health authorities are so silent about this emerging influenza crisis. Dr. William Makis is a Canadian physician, cancer researcher, and author of 100+ peer-reviewed medical publications.

He believes the mRNA injections are damaging the immune systems of young kids to the point where they are unable to fight off common infections that young, healthy children should be able to fend off. And through his own research, he has found 23 Canadian children who have died suddenly or unexpectedly over the past month.

He explains, “Now, a lot of this is being attributed to influenza. A few have been attributed to streptococcus infections that had been fatal — that shouldn’t be fatal. And then there are also sudden deaths that are strange that really no one is talking about at all.”

Dr. Makis then elaborates on the sudden or unexpected deaths he discovered in six Canadian provinces. • British Columbia – Six kids died of influenza (“I believe one of them had a strep infection as well.”)

• Alberta – Six deaths in children. Four were from the flu. Two to sudden death.

• Ontario – Four deaths. Two died of the flu. Two died suddenly. These numbers were gathered despite public health officials refusing to comment or release any information.

• Quebec – Three deaths. Two streptococcus deaths in kids under the age of two, and one was a sudden death of a six-year-old boy.

“And what is absolutely upsetting to me is that no one is talking about this,” expressed Dr. Makis. “The fact that the provincial health authorities are refusing to provide this information to parents, to me, is unacceptable.” “A lot of these kids are athletes; they were in athletics. Several of them are hockey players. There was one hockey player, a 13-year-old boy in Calgary, Alberta, who had actually collapsed and died during a basketball tryout at his school. He was a Grade-A student — a hockey player, so presumably, mRNA COVID vaccinated to be able to play hockey. And he collapsed during a basketball tryout on November 9 and died. Some of these kids are in high school, again, in athletics, so presumably, they would have been mRNA vaccinated for COVID-19.”

“And this is something that the provincial health authorities should absolutely be telling the parents.” But they’re not. “The kids that have been mRNA vaccinated after few months really do seem to end up being much more susceptible to all kinds of infections, whether it’s COVID, whether it’s the flu, whether it’s RSV. And now we’re seeing kids dying from strep — as a complication, like strep pneumonia. That shouldn’t be happening,” attested Dr. Makis.

“Why are previously healthy kids dying of the flu, of strep?” he asked. “There’s obviously something wrong with their immune systems. And the health authorities are refusing to tell us about these kids who have died; they’re refusing to give out their names, their ages. And I can understand the need for privacy and confidentiality, but we’re in a situation where hundreds of thousands of kids have been injected with potentially immune system-destroying mRNA vaccines. So parents have absolutely the right to know if these vaccines are, in fact, damaging the immune systems of young kids to the point where these kids are unable to fight off regular infections that healthy kids should be able to fight off,” argued Dr. Makis. “And we’re not being told this information by the health authorities. They’re just refusing to address this in any way whatsoever.”

Thank you for this crucial information, Dr. Makis. It is disturbing. Because the people who claim to care about our health, and took Covid-19 measures to the extreme, are now, all of a sudden, completely silent when influenza takes a turn for the worse in children like never before. The silence is deafening, lives are on the line, and the longer they ignore the issue, the more we can say they’re guilty.

Thanks for reading. And Happy New Year. The entire interview with Dr. Makis is included in the video below:

Why are you still calling these injections “vaccines”. Read Karen Kingston”Intended Consequences” to learn the FACTS: that these shots are bioweapons. By calling them “vaccines”, you are continuing to gaslight the public!!!

Totally agree 💯%!! They are NOT vaccines.

During every annual influenza outbreak in the Northern Hemisphere children are one of the
‘at highest risk groups. In a typical year, 5–15% of the population contracts influenza. There are 3–5 million severe cases annually, with up to 650,000 respiratory-related deaths globally each year. Deaths most commonly occur in high-risk groups, including young children, the elderly, and people with chronic health conditions. In temperate regions of the world, the number of influenza cases peaks during winter; whereas, in the tropics influenza can occur year-round.
During the 2017-2018 annual flu season 61,099 Americans, of all age groups, died.

Disciples of Satan, in government, are hard at work in the Northern Hemisphere.

It’s a situation where Canadian parents CONTINUE to allow their kids to be injected with potentially immune system-destroying mRNA vaccines.

How can parents be so stupid to send their own children to their own death. They are precious innocent lambs to the slaughter! Wake up people!!

FLU SHOTS can cause a 30% chance of developing respiratory illness. i WAS a HC WORKER who read the flu vax insert 5yrs ago aftet i was being pushed to take the jab…..SUPERVISING RN WAS UNAWARE AND BACKED OFF…..my guess the COVID JAB is in actuality the flu vax using the NEW DELIVERY SYSTEM

MAID is wrong on ALL LEVELS. EASY WAY OF GETTING RID OF PROBLEM CITIZENS….im soo disgusted by this..ALL OF CANADA MUST FIGHT AGAINST THIS! TRUDEAU is a compulsive LIAR…
couldnt give a crap about any citizens….

our mandates were dictated ..my guess.by entities that have vested interest in canada…AND ARE NOW DEMANDING CONTROL…..BIG MONEY AND WORLD CORPS!!!!!!!!!!!!!!!!!
were only 38 million in all of canada….its easy to change and manipulate a small population such as canada………
canada im sure by now you can see whats developing in our country!!!!it is up to all of us but remember it is critical to not stop them whilsttheyre making terrible mustake after mistake.THEY WILL SINK THEMSELVES!!!!!!!!!!!